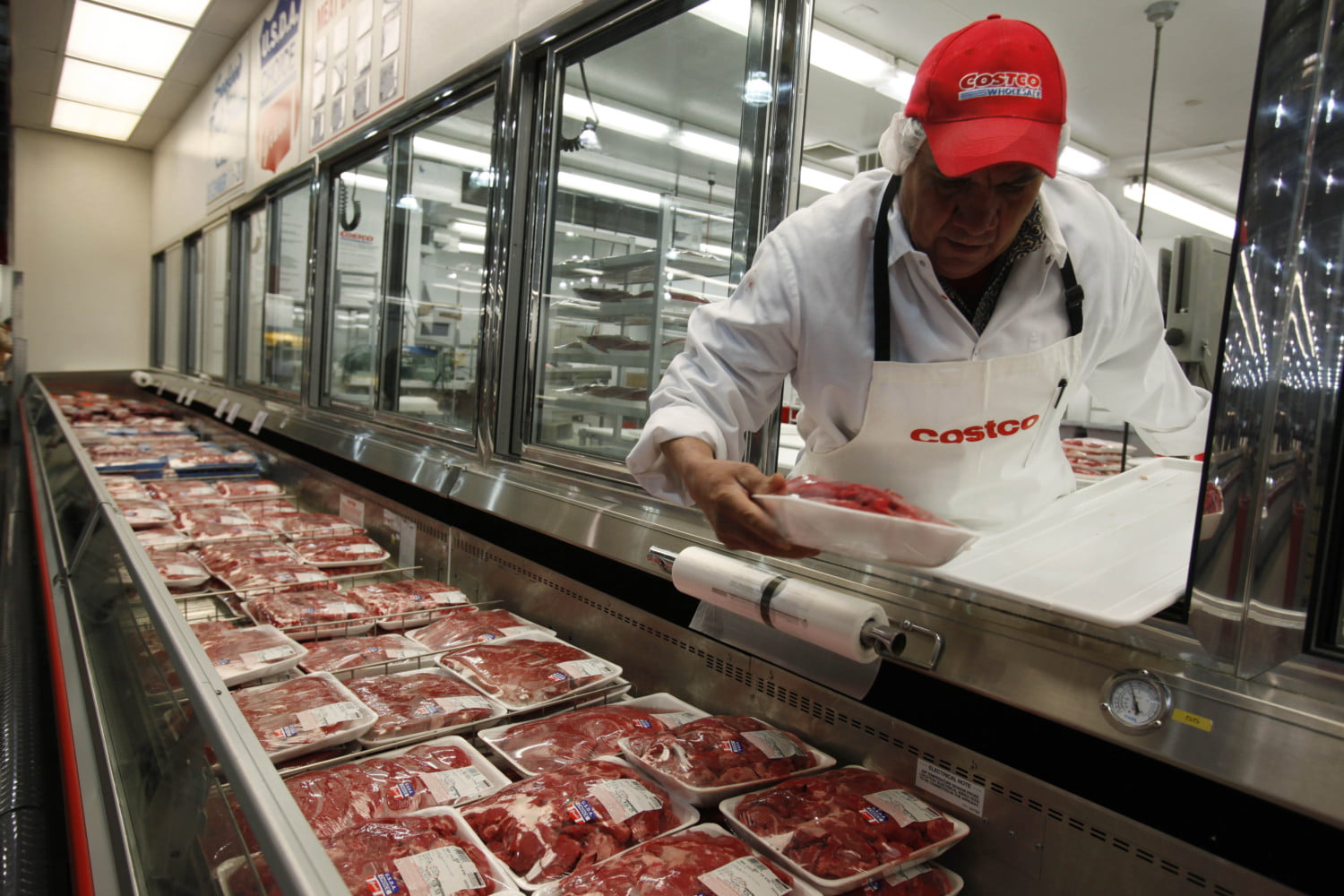 Hamburgers are now absent from nearly one-fifth of Wendy’s restaurants in the United States, which appears to be early evidence of how the coronavirus is disrupting the nation’s food supply chain.

In a statement provided to news outlets, Wendy’s acknowledged that some of their restaurants are facing a limited-time shortage of fresh beef due to the production challenges of its fresh beef suppliers. The chain says it continues to supply hamburgers to all of its restaurants, with deliveries two to three times a week, consistent with normal delivery schedules.

“However, some of our menu items may be temporarily limited at some restaurants in this current environment,” the statement said.

Customers took to social media this week, posting photos of signs about the beef shortages from their local Wendy’s drive-throughs. “Where’s the beef?” asked Twitter user @amberlyno who posted a photo from Sterling, Illinois.

She’s referencing Wendy’s “Where’s the beef?” ad campaign from the ’80s  in which it implied other burger chains weren’t offering enough substance in their meals.

Is Wendy’s Just The Beginning?

According to Stephens analyst James Rutherford, a study of online menus for every Wendy’s location nationwide showed that 1,043 restaurants (about 18% of its locations)  have listed beef items as out of stock, though chili (which contains ground beef) is still available at some of the restaurants. The supply shortage varies by state, but appears to affect Ohio, Michigan, Tennessee and New York restaurants the most, reports CNBC.

So far, Wendy’s — which is known for its “fresh, never frozen” campaign — appears to be the only fast-food chain facing shortages. However, Shake Shack, which also uses fresh beef for its burgers, says it’s been seeing an increase in beef prices over the past month, with a sharp increase last week, according to CNBC.

COVID-19’s Impact On The Meat Industry

Amid the COVID-19 pandemic, at least 38 meatpacking plants in the United States have shut down operations at some point, whether it be for a day or for more prolonged or indefinite periods, according to The Midwest Center for Investigative Reporting, which has been tracking the closures.

Because employees in meatpacking plants work in close proximity, the COVID-19 virus may be more easily spread inside them. As of May 6, there have been 10,800 reported positive cases tied to meatpacking facilities in at least 170 plants in 29 states. There are also at least 45 reported worker deaths at 24 plants in 15 states, according to the nonprofit news organization.

Invoking the Defense Production Act to classify meatpacking facilities as essential, President Donald Trump signed an executive order in late April that compelled meat facilities to remain open despite employees testing positive for COVID-19. A White House fact sheet says the order is intended to make sure Americans have a reliable supply of products like beef, pork, and poultry. However, unions like the Retail, Wholesale, and Department Store Union criticized Trump for valuing the availability of meat products over worker safety.

Beyond fast-food chains, some grocery stores are limiting the amount of meat customers can buy. Costco recently updated its policies temporarily limiting shoppers to three items of beef, pork and poultry products to “ensure more members are able to purchase merchandise they want and need.”

Kroger has also announced it will also begin limiting meat purchases at stores. Other stores, such as ShopRite, Albertson’s, Food Lion, Hy-Vee and H.E.B., are following suit.

The Wall Street Journal estimates that meat production is down 35% from this period last year and says consumers should expect higher prices and less selection in their beef and pork products going forward.

Have you noticed meat shortages at any grocery stores or restaurants recently?