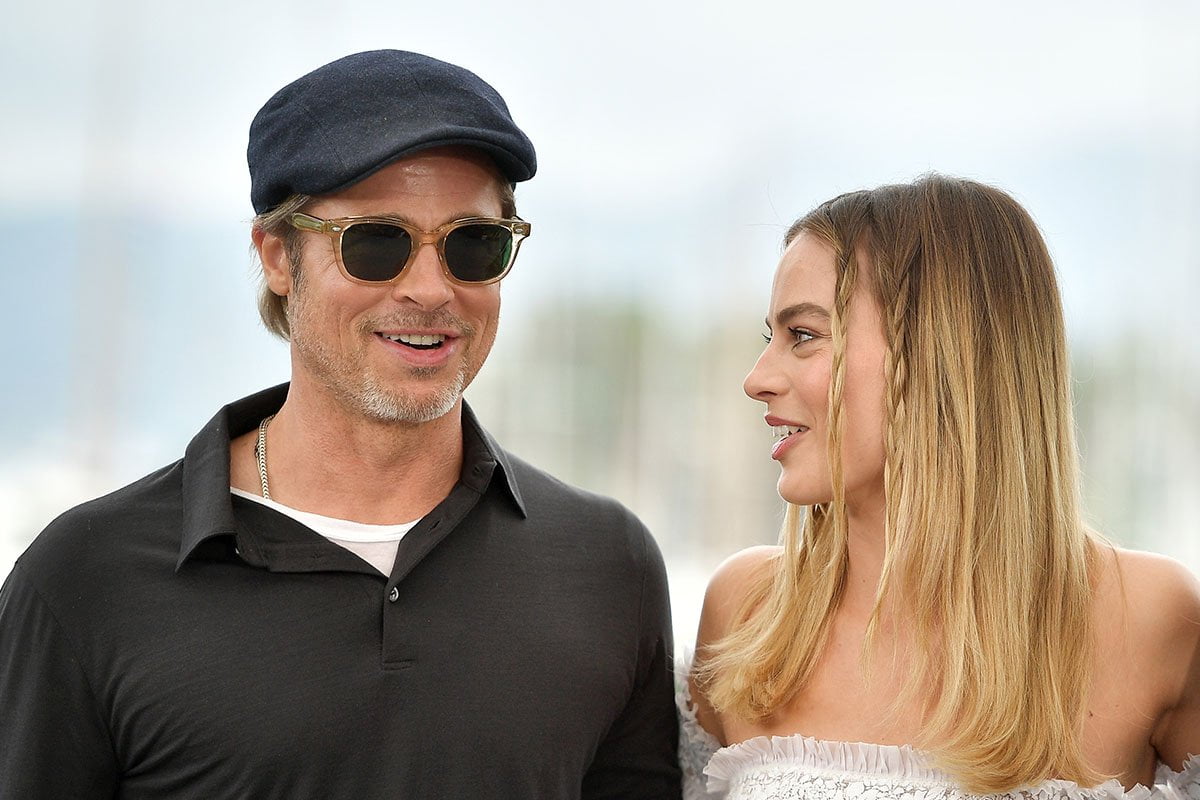 Last year, a tabloid claimed Brad Pitt and Margot Robbie were “on their way” to becoming Hollywood’s hottest couple. This wasn’t true. Gossip Cop busted the phony story when it came out. Looking back, it’s apparent the tabloid had no idea what it was talking about.

On May 16, 2019, Star claimed while shooting the film, Once Upon A Time in Hollywood, Robbie and Pitt were openly flirting. The dubious magazine asserted because of this, the two were becoming Hollywood’s next big couple. An anonymous insider told the outlet, “Brad and Margot are spending a ton of time together promoting their movie. And while producers are keen to play up their chemistry to boost the appeal of the flick, that’s been no problem at all for Margot, who’s been batting her eyes at Brad any chance she gets.”

The so-called insider continued that Pitt knew Robbie was married but he didn’t discourage the actress from being “flirty.” “Rumors are flying around that these two could be more than just friends,” the supposed insider told the outlet, adding, the costars “barely left each other’s side” during a photoshoot for the movie. The entire narrative was completely fabricated. First, Robbie is happily married to her husband, movie producer Tom Ackerley. The actress has constantly shared photos and videos of herself with her husband on Instagram. Additionally, at the time, Pitt stated that he was more focused on being a dad than dating following his split from Angelina Jolie. Gossip Cop also checked in with a spokesperson for Pitt who confirmed the story was false. During the production of the Quentin Tarantino film, Robbie and Pitt were subjected to various silly rumors.

In September 2018, Gossip Cop busted Star for falsely claiming Ackerley was “worried” about Pitt and Robbie’s on-set chemistry. The fictitious outlet asserted Ackerley discovered Pitt had a “crush” on Robbie and he warned the actor to “steer clear” from his wife. The story was obviously just as false. Gossip Cop debunked the story at the time as well.

The week before this story came out, Star’s sister publication, Life & Style, declared Ackerley was “keeping a close eye” on Pitt. The tabloid also claimed Ackerley found out Pitt was “crushing” on his wife and was sending messages to the actor to stay away from Robbie. It’s apparent both outlets were trying to run the same narrative but had no substantial evidence to support it. Gossip Cop busted the phony article when it came out.