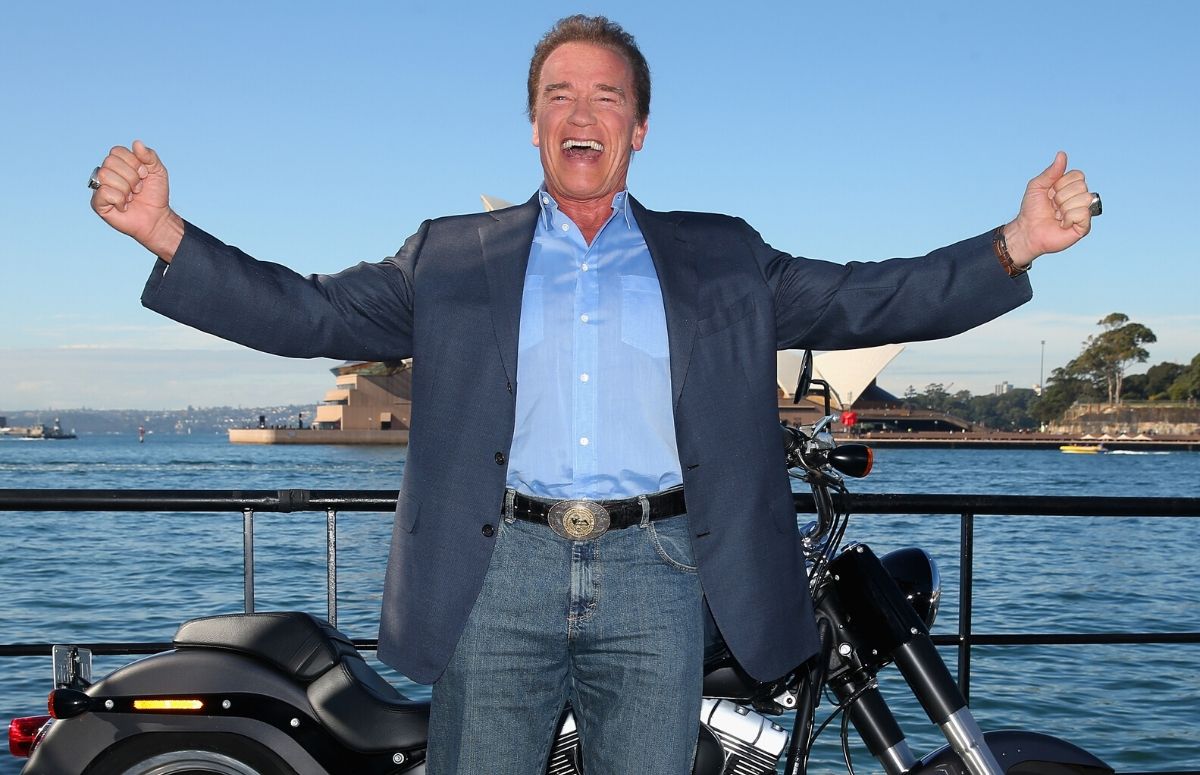 Arnold Schwarzenegger certainly has a lot of time on his hands since he began self-quarantining in his home. A video the Terminator actor posted to Instagram proves the action star’s got quite the sense of humor. The former governor of California gave his followers a cheeky fitness tip that works better for the funny bone than they do the muscles.

Schwarzenegger posted a silly video Thursday of himself appearing to be doing the splits on his kitchen counter, all while talking around a cigar he was casually puffing on. The actor stressed the importance of flexibility, insisting that it was “just as important as weight training itself.” Then Schwarzenegger appeared to put his money where his mouth was and slowly bent over to touch his toes on each side of his seemingly outstretched legs.

Flexibility is as important as the pump.

The actor grunted as if the exercise was taking great effort. When he finished, Schwarzenegger casually strolled away from the counter, revealing that it had all been a ruse. The splayed legs were fakes, but Schwarzenegger, showing he’s got an excellent comedic sense, doesn’t acknowledge them at all. Puffing away on his stogie, he quietly comments, “Anyway, I feel very flexible today. I’m really proud of myself,” before walking away.

We here at Gossip Cop have always enjoyed it when Schwarzenegger played comedic roles like he did in Kindergarten Cop, Twins, and Jingle All The Way. Despite his status as one of the most well-known action heroes of our time, it’s Schwarzenegger’s comedic timing that truly won our hearts.

Perhaps having famous funnyman Chris Pratt as a son-in-law has sharpened the 72-year-old actor and former politician’s wit. Speaking of Pratt, it was recently revealed that Pratt and Katherine Schwarzenegger were expecting their first child together. This would be Schwarzenegger’s first grandchild. Pratt and Schwarzenegger didn’t quite get along at first, if the tabloids are to be believed, which they most certainly are not.

It was rumored by OK! that Schwarzenegger had to be won over by Pratt when the Guardians Of The Galaxy actor first began dating his oldest daughter. An alleged insider told the outlet, “Arnold wasn’t crazy about Katherine dating an actor — he knows the Hollywood scene all too well and how hard it is on a marriage. Chris understood that he just wants the best for Katherine and reassured him that he has nothing but good intentions. They talked it out and melted the ice.” Gossip Cop proved that this was simply not after consulting with an individual close to the situation, who told us it wasn’t true.

About a month later, NW claimed Pratt and Schwarzenegger were feuding because Schwarzenegger didn’t approve of his daughter’s movie star beau. There’d “never been a movie star in the family bigger than” Schwarzenegger himself before, and the Predator actor was dealing with the engagement poorly. Once again, Gossip Cop proved that this was not the case. There is no bad blood between father and son-in-law, no matter how much the tabloids report that there is.