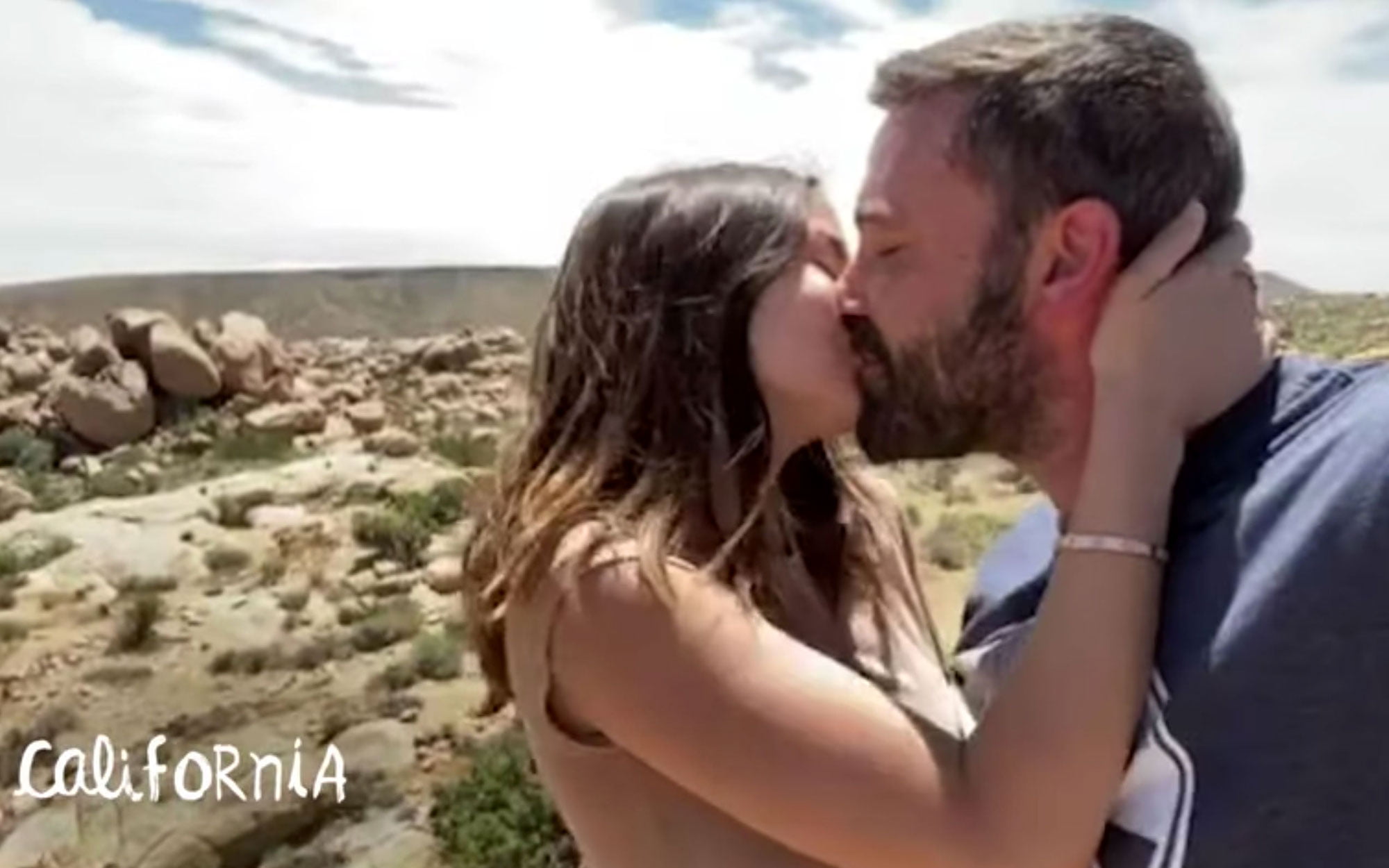 Making sweet music together! Ben Affleck and girlfriend Ana de Armas took their romance to the next level by appearing in a music video together.

Affleck, 47, and de Armas, 32, showed off their love as a part of Residente’s new sexy video for his song “Antes Que El Mundo Se Acabe,” which means, “Before the World Ends.”

The Puerto Rican musician added: “And if this is the end, we will find the beauty of it. But perhaps now is when it all begins.”

The video for the track showed the Good Will Hunting actor and the Knives Out actress sharing a steamy kiss in the California desert. The pair was one of many A-list couples featured in the film, which consists of duos from all over the world embracing and kissing.

“Instead of going back to normal, let’s start again,” the video reads before taking viewers from country to country — and linking people via romance.

Lovebirds from Mexico, Puerto Rico, Germany, Poland, Indonesia, Italy and more filmed themselves making out and were then added to the song’s video.

Zoe Saladana and her husband, Marco Perego, as well as Bad Bunny and his girlfriend, Gabriela Berlingeri made cameos.

Some viewers may recognize the clip of Affleck and de Armas from the pair’s recent trip to Joshua Tree National Park for the Cuban native’s birthday on April 30.

A source told Us Weekly exclusively on Thursday that the No Time to Die star’s celebratory getaway was made even better by all of the work Affleck put in at the time.

“Ben went over-the-top to make her happy and make her birthday with him be extremely special,” the insider told Us. “Ana feels like the luckiest girl to be with him.”

While on the trip, de Armas made her relationship with the Gone Girl actor Instagram official by sharing a photo similar to the one in the music video.

The pair met in November 2019 on the set of their movie, Deep Water, and once filming had wrapped, they vacationed together in Cuba and Costa Rica.

In March, a source told Us that “Ben and Ana are happy together and officially dating.”

Couples Who Fell in Love on Set