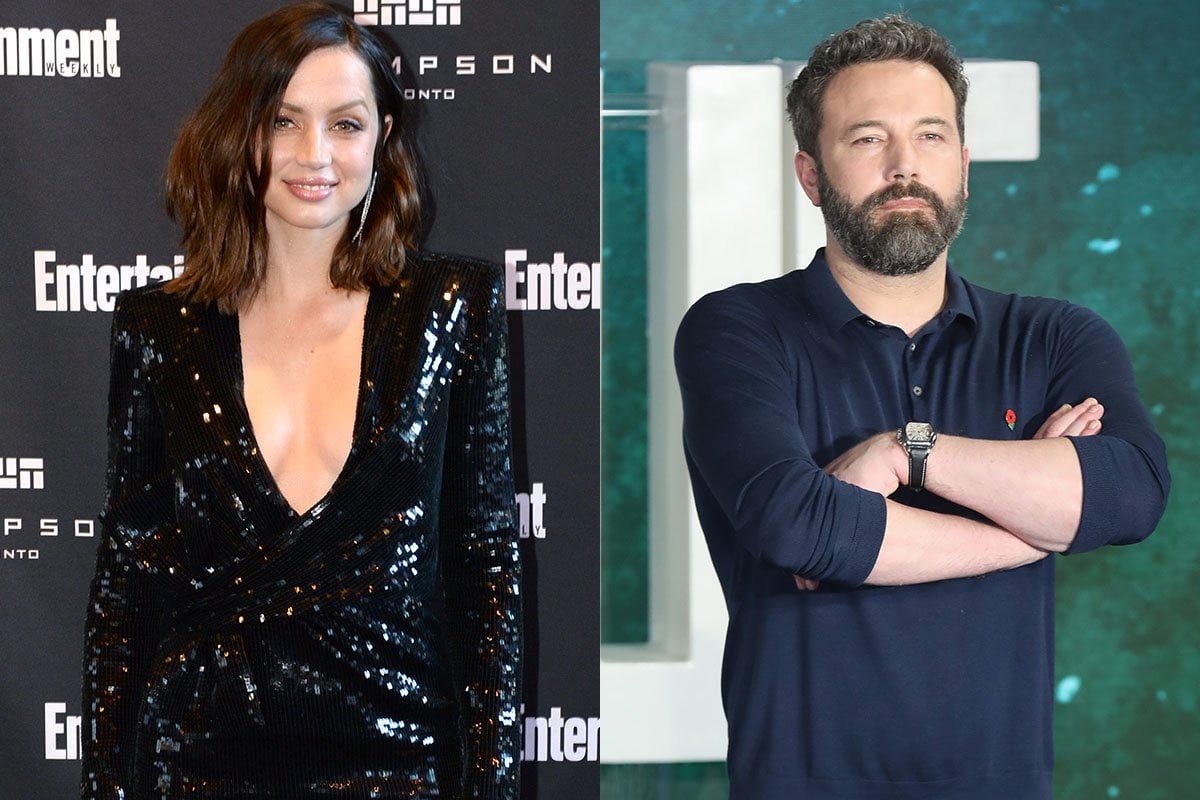 Ben Affleck has not proposed to Ana de Armas with a lavish promise ring, despite the latest tabloid article that claims he has. Gossip Cop can debunk the story. It’s completely false.

This week’s issue of Star is claiming that Affleck has proposed to de Armas, giving her a sparkly ruby ring as a “placeholder” for an engagement ring. “Ben was originally planning to propose to Ana on her birthday, on April 30,” says a supposed “pal” of the couple. “But he was too excited to hold out, so he got down on one knee during a romantic dinner at his place. Of course she said yes!” Notice that this “pal” conveniently forgets to mention when exactly this alleged proposal happened. Was it a week before de Armas’ birthday? A month? Wouldn’t that information be good to provide for a story like this?

The source adds that the ring he gave her is worth $200,000 and is just for the Knives Out actress to wear until they can “go shopping for a bigger rock once the jewelry stores reopen.” In an attempt to give itself more credibility, the tabloid then quotes a jewelry expert who says that the ruby ring is “fitting” for an engagement, as the ruby’s “intrinsic meaning is that of love and passion.” The “friend” then finishes things up by speculating that the reason the couple are keeping things quiet is because Affleck is concerned that his ex-wife Jennifer Garner will “go ballistic” on him for “thinking with his heart, not his head.”

Simply put, this story is made up. First of all, last week Gossip Cop busted the tabloid’s sister publication OK! for the exact same claim about Affleck proposing to de Armas, again with that ring. For that flimsy story, we reached out to a trusted source close to the couple, who assured us, off the record, that it was false. Affleck and de Armas were not engaged.

Second, let’s talk about that ring, shall we? The ring that de Armas has been photographed wearing nearly every time she steps outside with Affleck, which is quite often these days. It’s a pretty noticeable, distinctive ring: a dark red ruby encircled by diamonds. Which is why Gossip Cop easily found a photograph of de Armas wearing it back in mid-February. Those of you keeping track at home will know that’s about three weeks before they were first spotted on vacation in Havana together. Are we seriously supposed to believe Affleck proposed to her that early on in their relationship, that she said yes, and that no one has found out about it until now?

Like every other tabloid in circulation, Star has had a field day with the Ben Affleck/Ana de Armas romance. Since the news broke that they’re dating, Gossip Cop has debunked a host of bogus articles from the tabloid. These include claims that Affleck and de Armas were going on double dates with Tom Brady and Gisele Bündchen, that Jennifer Garner told Affleck that de Armas was just using him for his fame, and that Affleck was showering de Armas with expensive gifts like a new sports car for her birthday. Naturally the $200K ring wasn’t mentioned in that last piece. This engagement rumor is just the tabloid’s latest in a series of completely phony stories.