Ben & Jerry’s Pumpkin Cheesecake Ice Cream Is Back For Fall 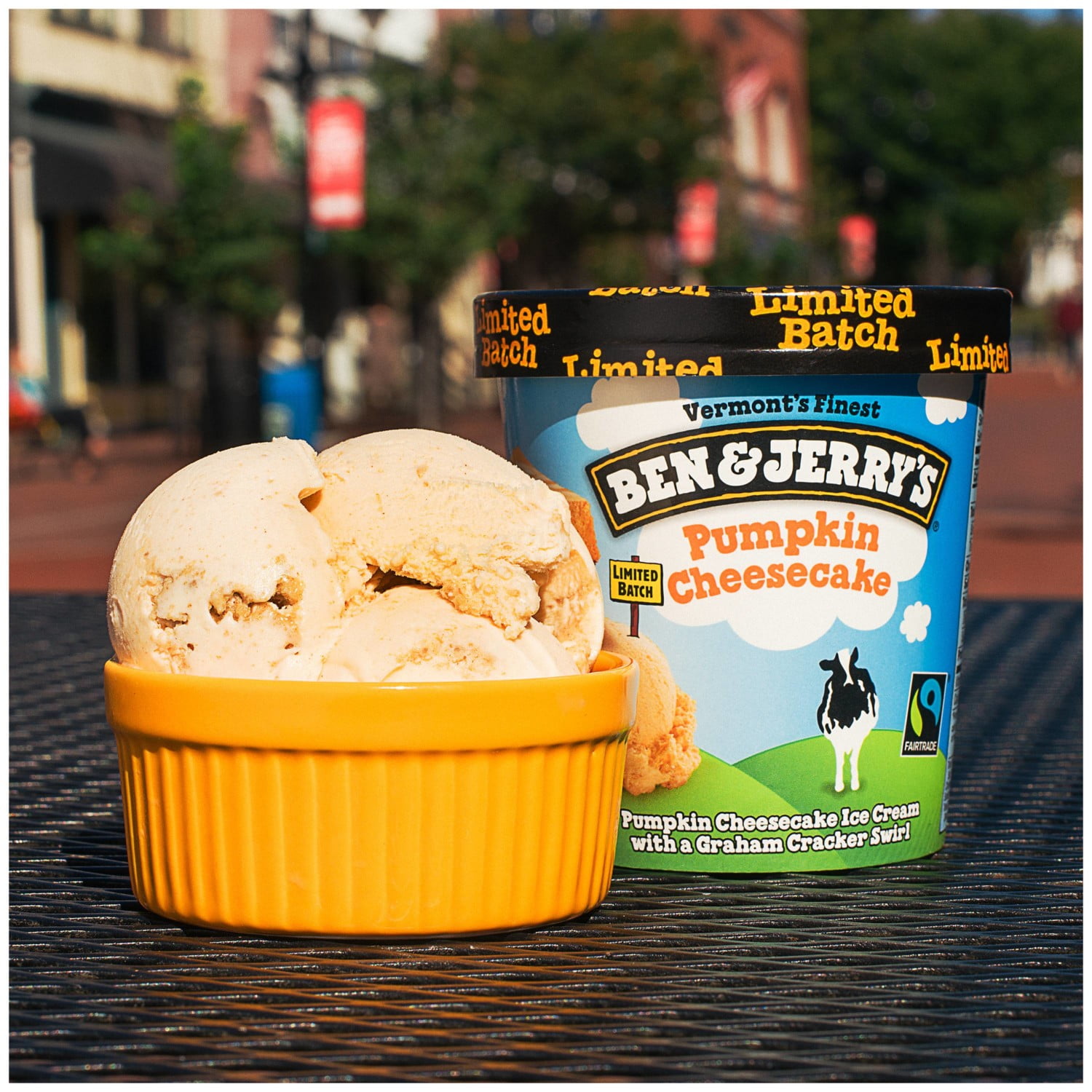 Fall is the season of sweater weather, apple pie and everything pumpkin-flavored. Everyone just can’t seem to get enough of fall snacks and drinks, and they’re everywhere. Starbucks brought back its iconic pumpkin spice latte earlier than ever in 2020 because we all need a pick me up this year. Pepperidge Farms’ Milano Cookies got a pumpkin spice makeover for the fall season. There’s even a pumpkin spice hard seltzer out there from Vive.

For those of us who adore ice cream, we also will get to enjoy the return of a popular seasonal flavor thanks to the geniuses at Ben & Jerry’s. The Vermont-based ice cream company announced the comeback of its popular pumpkin cheesecake ice cream, and we couldn’t be more excited.

“The Pumpkin Cheesecake flavor is perfect comfort food,” said Eric Fredette, a Ben & Jerry’s Flavor Guru and the developer of this flavor. “It’s like a warm blanket on a cool autumn day, with falling leaves and the crisp smell of fall.”

Not everyone might think of ice cream as a fall treat, but the ingredients and the flavors they create will convert even the toughest skeptic. First, Ben & Jerry’s uses real pumpkin to flavor its ice cream, which they’ve released as a limited-batch item every year since 2007. In fact, pumpkin has become such a popular fall flavor, the company had to order its pumpkin a year in advance to make sure they had enough to produce their pumpkin cheesecake ice cream.

You can find pints of this limited-edition fall flavor at Walmart and other local grocery stores. Or, you can visit the official Ben & Jerry’s website to track down where to get your pumpkin cheesecake craving satisfied.