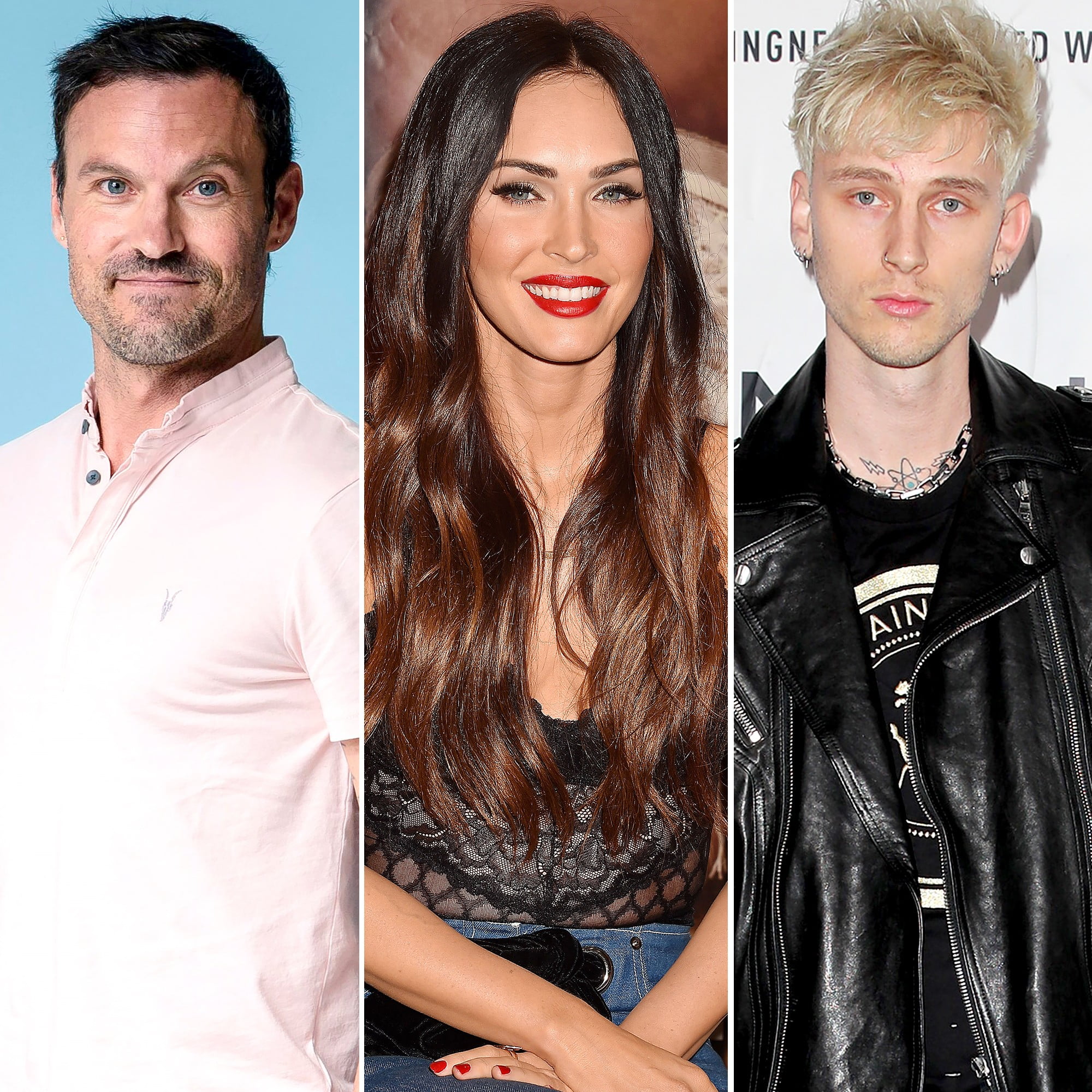 Just friends? Brian Austin Green opened up about his estranged wife, Megan Fox’s relationship with Machine Gun Kelly on Monday, May 18, after confirming that the pair had split after 10 years of marriage.

“She met this guy Colson on set on this film she’s working on,” Green, 46, said during the Monday episode of his “…With Brian Austin Green” podcast. “I’ve never met him — goes by Machine Gun Kelly — I’ve never met him but you know, Megan and I have talked about him and they’re friends at this point.”

He added: “From what she’s expressed, he’s a really just nice, genuine guy. And I trust her judgment. She’s always had really good judgment.”

Earlier in the podcast, the former Beverly Hills, 90210 star revealed that he and Fox, 34, had been “trying to sort of be apart” since the end of 2019, before confirming that they had broken up.

Fox was spotted with Kelly (whose real name is Richard Colson Baker), 30, on Friday, May 15, in the Calabasas neighborhood of Los Angeles. Green set the record straight on Monday, noting that he didn’t “want people to think that her or he are villains or I was a victim in any way with any of this because I wasn’t.”

The California native revealed that both he and Fox usually keep their relationship quiet, but after the story with Kelly — her costar in Midnight in the Switchgrass — “exploded,” he chose to address it because, “I don’t want anybody to be vilified in this situation.”

“It’s not like we are separating or anything because somebody cheated or somebody hurt somebody,” the Desperate Housewives alum explained. “I feel like people are on paths in life [and] sometimes you’re on the same path and you walk that path together and things are working, and then paths just kind of separate sometimes and it’s not a choice that somebody makes, it’s just, people sort of find new things that interest them and new directions that they want to take in life and the person that they’re with may not be on that same path.”

When it comes to Fox’s dynamic with Kelly, Green reiterated that “he’s just been a really good friend, which she needed.”

Green added: “The story is with us — and hopefully with this, with me doing this — there is no more story. There are no more questions to ask. Everything’s sort of laid out. People get a sense of, like, where our heads are at and what’s going on because I don’t want to talk about this again.”

During the podcast, Green also spoke candidly about how hard it was for him to see his relationship with Fox come to a close — especially since they share three sons, Noah, 7, Bodhi, 6, and Journey, 3.

“It sucks when life changes and something that you’re used to, that you’ve been doing for 15 years, you try and not get rid of but you change,” the BH90210 star said as he got emotional. “There’s the unknown aspect … there’s that pit in my stomach … I really don’t want Megan and I to be at odds … she’s been my best friend for 15 years and I don’t want to lose that.”

Green, who also shares son Kassius, 18, with ex-fiancée Vanessa Marcil, knows his feelings for Fox won’t ever go away.

The Transformers star and Green dated on and off for six years before tying the knot in June 2010. In August 2015, Us Weekly broke the news that Fox and Green split after five years of marriage.

Eight months after their breakup, the New Girl alum revealed she was expecting the pair’s third child. In June 2016, Us confirmed that the duo were back together and in August 2019, Fox filed to dismiss the pair’s divorce case.

Kelly, for his part, was linked to Kate Beckinsale after the two were spotted at multiple Golden Globes afterparties in January. Beckinsale, 46, shut down the dating rumors via social media, writing that people should “please get a f—king life.”