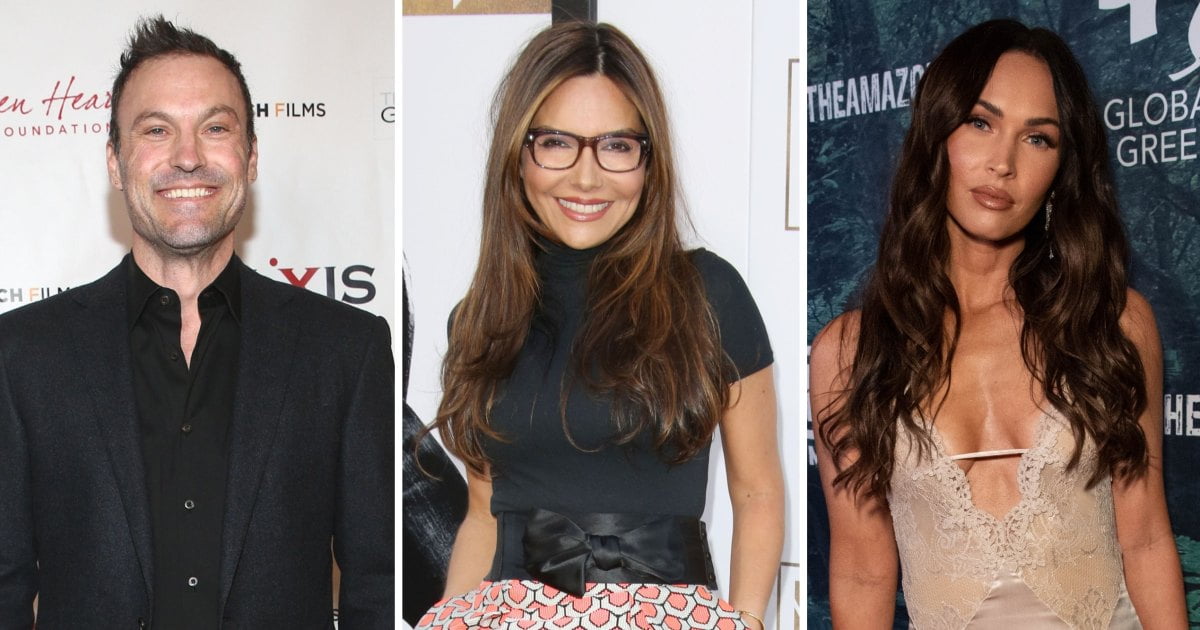 The General Hospital alum, 51, posted a throwback photo on Friday, September 11, with Green, 47, showing her pregnant with their son, Kassius, now 18, as she remembered where she was 19 years ago during the terrorist attacks on the World Trade Center and Pentagon.

A fan commented on the pic, writing, “I think you still love Brian Austin Green.”

Marcil replied that she “never loved” him and was “always honest with him about that.”

“That was part of his anger towards me and so the reason why he fought me for so long knowing it would hurt our son & change our son forever,” she continued, referencing their long-running custody battle over Kassius. “I did however feel sorry for him. I still do. He’s a very angry/sad human being who still has too much shame to take full responsibility for his actions as a father. I consciously knew that I could work through childhood traumas through him and I have. I have great empathy towards him and other people who are still in pain from their childhoods.”

She added that Kassius “loves him unconditionally and I am very proud of that fact. I celebrate Kass’ love for his father and remain extremely grateful that My son was finally invited back into his dad’s life and was able to finally meet his youngest brother and finally see his other two siblings again. My son is also an incredible big brother [to Green’s three boys with Fox].”

When another fan asked if the estrangement between her son and his father was “more Megan or Brian,” she replied, “It’s a biological father’s responsibility to see his child.” (Us Weekly has reached out to Green’s rep for comment.)

In a follow-up post, the Daytime Emmy winner shared a series of messages she exchanged with a fan about the need to “speak your truth” and “believe in the impossible.”

“As a woman I have been bullied into silence out of fear of losing my son,” Marcil wrote. “Once I realized that HE was now feeling that HE had to keep family secrets for us I knew it was time for change. I will take the heat to that HE can now live free.”

In posts on her Instagram Stories captured by the Daily Mail, Marcil, who split from Green in 2003 after a two-year engagement, wrote that she has “respect for how @meganfox is finally living her life for herself & leaving her children out of her public life at this young age.”

The Las Vegas alum added that she “used to hide Kass from the public when he was young” and didn’t talk about her 13-year-long court case with Green and Fox — in which they tried to get custody of her son — “until Kass was grown & insisted I stop lying to protect.”

Marcil added that “Megan finally living her life for herself is in itself a gift to her children.”

The Beverly Hills, 90210 alum confirmed in May that he and Fox had split after nearly 10 years of marriage after she was seen out with Kelly, her costar in the upcoming film Midnight in the Switchgrass. The New Girl alum and “Bloody Valentine” rapper confirmed their relationship the following month.

Us Weekly reported earlier this week that the couple “aren’t seriously talking about getting engaged, married or having kids right now,” but Kelly has met his girlfriend’s three kids who she shares with Green — Noah, 7, Bodhi, 6, and Journey, 4.

Jameela Jamil Shades Kim Kardashian Over Her Skims Maternity Shapewear Line
Kelly Clarkson: My Life Has Been a ‘Dumpster’ Amid Divorce From Brandon
To Top