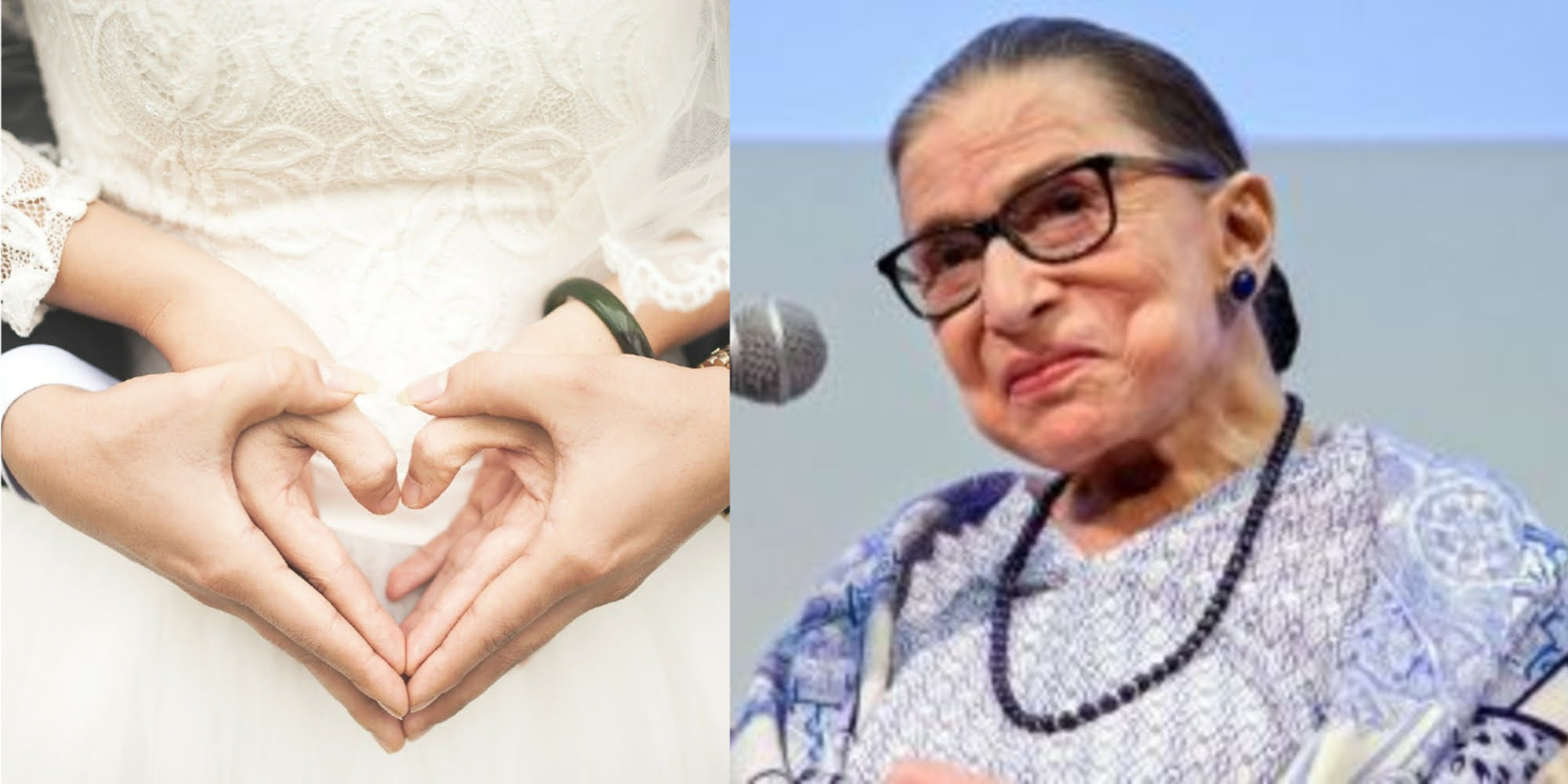 After Supreme Court Justice Ruth Bader Ginsburg died of complications from pancreatic cancer on Friday at age 87, it wasn’t long before people recalled that she officiated a wedding not even three weeks ago.

The bride, Solish, tweeted out a photo of Ginsburg standing behind the couple during their nuptials. “2020 has been rough, but yesterday was Supreme,” she wrote in the caption to accompany the photo.

Ginsburg and the couple, who all failed to wear face coverings, were criticized for the wedding, which was held in the middle of a pandemic. Experts have cautioned that weddings—even smaller ones—can easily become superspreader events. One Maine wedding alone was reportedly linked to the deaths of seven people who didn’t even attend it. Solish was forced to note on Twitter that both she and Kazin previously “tested negative” for the coronavirus, and a court spokesperson issued a statement to clarify the ceremony was held at a private residence.

When Ginsburg officiated the wedding, the state of her health was already a subject of interest. Ginsburg was hospitalized in July for a procedure unrelated to cancer, according to the New York Post. That same month, she announced that she began undergoing chemotherapy in early 2020 for cancerous lesions on her liver, according to TIME.

At the time of Solish’s posting, Twitter users warned her: “People will come for you if anything happens to her.”

And so they did.

While it hasn’t been confirmed if Ginsburg’s death has anything to do with the coronavirus, Solish and Kazin are now getting blamed for “murdering RBG.”

“How dare this couple risked her fragile health for a photo-op. Hope they are happy now,” on user tweeted.

“You did this. This is on you,” another wrote.

Both Kazin and Solish apparently ended up locking their Twitter accounts.

The Daily Dot has reached out to Barb Solish.

The post Bride whose wedding RBG officiated is getting blamed for her death appeared first on The Daily Dot.