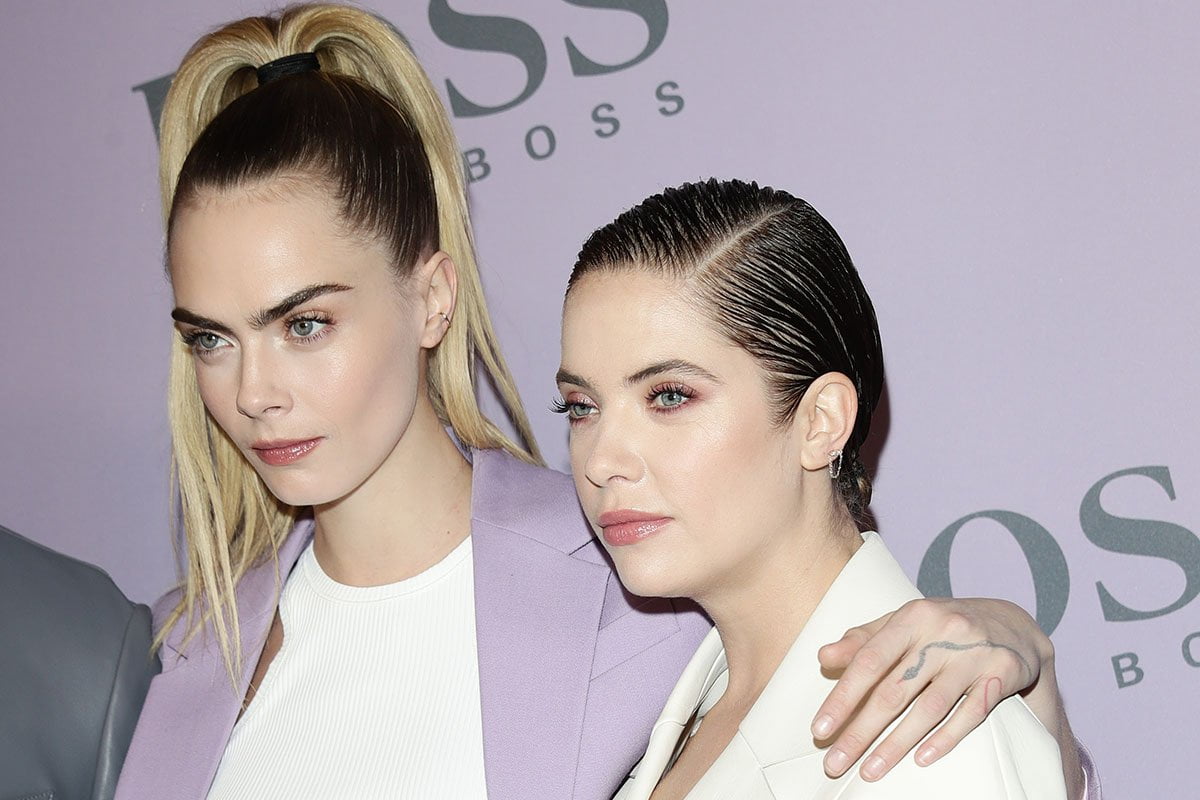 Did Cara Delevingne and Ashley Benson secretly marry in Mexico? Last summer, a tabloid claimed the couple tied the knot while on vacation. Gossip Cop held off on making a ruling on the story at the time. Now we can set the record straight.

According to an article in NW last August, the model and the Chronically Metropolitan actress sparked speculation that they privately wed during a vacation in Mexico. The magazine claimed after the couple was seen wearing gold bands on their ring fingers after returning from their trip to Tulum, it was assumed they secretly got hitched. The couple has been together for over a year but a so-called insider alleged the model and the actress could’ve had their own “private commitment ring ceremony.” The supposed insider stated it would’ve been Delevingne’s idea for the partners to spontaneously say “I do.”

“Cara likes to joke that she’s all about locking her relationship down. They’ll officially get married in the future if they aren’t already,” the insider continued. Despite what the tabloid laimed, Benson and Delevingne are not married. E! News confirmed the two weren’t married but did have a “friendship ceremony.” Benson’s mother also confirmed on Instagram that the couple was not married.

Even though the pair didn’t get hitched, they are still very much together and have been very public about their relationship recently. Benson posted on her social media page a Tik Tok video she and Delevingne made during the current lockdown. During an interview with Elle UK, Delevingne opened up about her private relationship with the Pretty Little Liars star. “This seemed different. We had gotten to the point where we had kept it a secret, or at least not wanted attention, and now I feel like I’m not going to not be proud. Which isn’t the same thing as wanting to pose on a red carpet together, either. People make their assumptions and that’s what worried me. Because if it is so good, you don’t ever want anyone to ever change it, even though people shouldn’t have that power,” the model stated.

This wouldn’t be the first time the tabloids were wrong about Benson or Delevingne. Earlier this year, Gossip Cop busted In Touch for falsely claiming Rihanna was hosting Benson and Delevingne’s wedding at her house. The magazine asserted the singer offered her Hollywood estate for the couple’s nuptials. In September 2019, Woman’s Day incorrectly claimed Katy Perry was angry at Orlando Bloom for flirting with Delevingne. The phony outlet stated Bloom and Delevingne were “flirting up a storm” while filming their show, Carnival Row. Gossip Cop dismissed the silly story at the time, and looking back, Delevingne was very much together with Benson, making the story even more ridiculous.

The post Cara Delevingne And Ashley Benson Got Married In Mexico? appeared first on Gossip Cop.