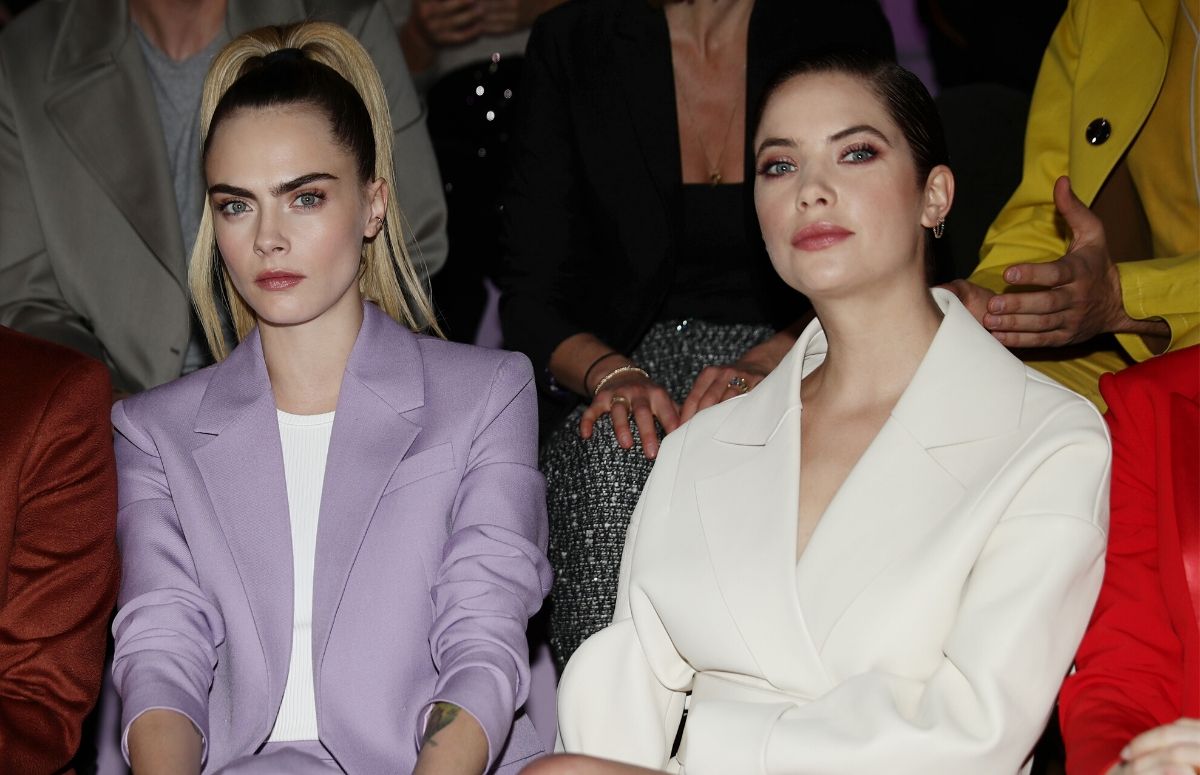 Cara Delevingne and Ashley Benson recently announced that they’d broken up after almost two years together. Just a few weeks passed, and Benson was spotted out with rapper G-Eazy. Speculation began to spread that the Pretty Little Liars actress had already moved on, which caused ill-wishers to target her with hate. Delevingne may not be Benson’s girlfriend anymore, but that doesn’t mean she’d allow her ex to be treated this way.

Rumors about Benson’s possible new romance began to spread this week after Benson was seen out picking up food with G-Eazy. After grabbing their food, the two shared a kiss, fueling speculation that Benson was rebounding from her relationship with Delevingne with the rapper. Talk about Benson’s new relationship status began to spin out of control. An Ashley Benson fan Instagram account uploaded a screenshot of an article contemplating Benson’s possible relationship with G-Eazy, and Benson liked the post, setting off a whole new wave of gossip.

Eventually, as things tend to do on the internet from time to time, some people, some of whom claimed to be fans of Delevingne, descended on Benson’s social media pages with vitriolic comments and outright cruelties.

ASHLEY BENSON LEFT CARA FOR G-EASY WTF WHY ARE BLONDES SO STUPID
pic.twitter.com/txUPb9lnNW

Ashley Benson is CANCELLED like How can you even cheat on Cara Delevingne!? She made you relevant again girl, you’ll never be in an important front row again like NEVER you will be banned from fashion world, I hope u enjoyed it while it lasted, gross G easy would do the same to u pic.twitter.com/UrLFIUTvkl

I can’t believe that Ashley Benson kissed G Easy. Looking at it now, I’m glad that Cara Delevingne broke up with Ashley Benson. Ashley’s a p***io for even making a move on G Easy. The sooner she moves on from Ashley the better, what a waste of space Ashley is 😡 https://t.co/GZQ6vTDvkz

Cara Delevingne didn’t stand for the abuse and slander for a moment too long. The very next day, the British supermodel/actress posted a defense of Ashley Benson to her Instagram stories. “It’s more important now than ever to spread love, not hate,” Delevingne wrote. “To everyone hating on @ashleybenson please stop. You don’t know the truth, only her and I do and that’s exactly how it should be.” Some fans are already following the star’s directive to “spread love, not hate.”

Ashley was seen kissing G-eazy today. She got a lot of hate for that. Still Cara is protecting her. I will do as Cara wishes because I love Cara. #AshleyBenson #CaraDelevingne #geazy pic.twitter.com/cZEd8erdjY

It remains to be seen if the rest of Delevingne’s fans take her lead. Unfortunately, there will always be those who are only interested in sowing discord rather than harmony, so Benson will likely face heavy criticism in regards to her future romantic pursuits. At least she’ll know that her famous ex will stand up for her.

Benson and Delevingne were plagued by tabloid reports throughout their nearly two-year-long relationship. For instance, In Touch claimed earlier this year that pop star Rihanna was hosting the former couple’s wedding at her home. That was obviously not the case, as Gossip Cop proved, and the couple eventually went their separate ways. Before that, NW falsely reported that Ashley Benson and Cara Delevingne were getting married in Mexico. This was absolutely not the case, Gossip Cop found. The ladies broke up months after the disreputable tabloid predicted they would wed. If you’re interested in news about a celebrity’s relationship, it’s best not to trust the tabloids.