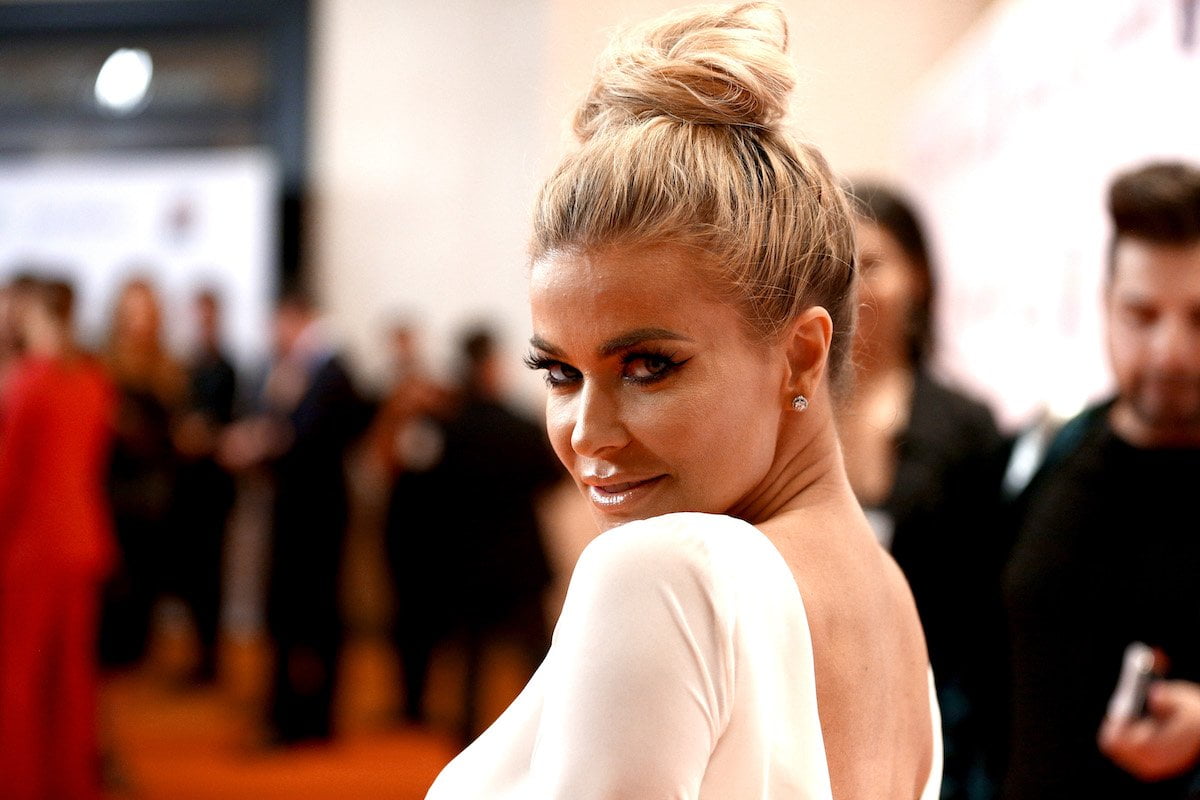 Carmen Electra has always been one of the most gorgeous people in Hollywood, and her latest Instagram post is absolutely proof of that. The model posted a spicy throwback from an old photoshoots. Electra posted a picture she took of the physical photos while standing outside, which depict her flaunting a pair of black heels with a matching black outfit that shows off her killer bod.

After a little investigating, we found out that these snapshots were originally from an FHM shoot from years ago. The pictures were an online exclusive for the magazine, which explains why so few people have seen the killer look. She accompanied it with a caption featuring two black hearts and a bolt of lightning — she is electrifying after all! That isn’t the wildest thing about the post, however.

Although these pictures were originally taken sometime in the early 2000s, she could’ve said they were taken yesterday and we still would have believed her. Funnily enough, Carmen Electra made minor headlines in 2014 for becoming the oldest cover model for FHM at the age of 41. Now 48, she still looks as good as ever, but this throwback is a testament to how killer she can be when she’s in front of a camera.

Of course, Carmen Electra isn’t the only one bringing fans a little bit of welcome distraction in these times. Self-isolation has brought out a lot of creativity from celebrities when it comes to social media. While throwbacks are getting even more popular, especially since none of us can really go out and take new photos anyway, a few have taken to using Instagram as a platform for cheering up their followers with videos from quarantine.

Former Governor and forever Terminator Arnold Schwarzenegger posted a hilarious video of his stretching routine recently that made the rounds online and had thousands laughing, so Electra isn’t alone in her self-isolation posting. Still, it’s hard to think of another figure that’s able to post a years-old picture that convinces fans that it’s from just this week. Hopefully, we’ll get a few more throwbacks from the model in the meantime!

Unfortunately, it seems like some tabloids are already turning celebrities’ social media posts against them, which was the case when a funny post from Heidi Klum inspired made-up pregnancy rumors. That thankfully hasn’t deterred most stars, however, who continue to post what they want regardless of what the rumor mills make up.

The post Carmen Electra Is All Legs In This Throwback Photo From Her Playmate Days appeared first on Gossip Cop.