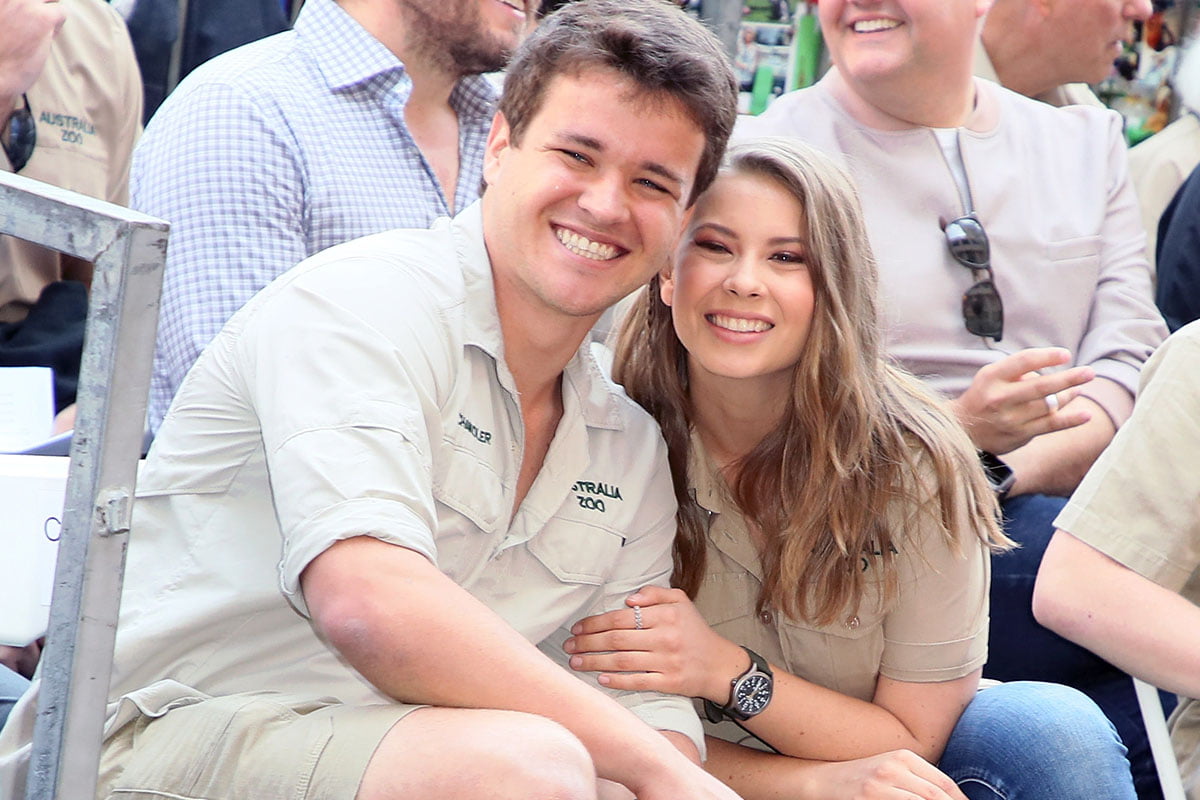 Did Chandler Powell leave Bindi Irwin? A recent article in a tabloid is claiming Powell “walked out” on his wife just a month after they wed. Gossip Cop can clear up the story.

Last week, Powell was seen visiting a supermarket in Queensland by himself. This has led Woman’s Day to boldly claim Powell left his wife. The magazine claims Powell is “finding isolation hard” now that the “fun and excitement” of the wedding has died down. “Things have been a little strained with Chandler since the wedding. He misses his family in the US terribly and feels like he and Bindi can’t start their lives together with everything on hold like this,” a so-called source tells the magazine.

The supposed source continues the couple has been unable to step out on their own and Powell wants Irwin and himself to “build a life standing on their own two feet.” “He wants him and Bindi to get their place together and make a bit of a break. That just seems real hard with all the restrictions but he is hopeful that once all of this is over, the pair can do just that,” the source adds. The dubious source claims Powell loves the Irwins but feels “all the attention can be a little too much.” But, the magazine claims despite the couple’s recent problems they’re “stronger than ever.”

“Bindi makes a huge effort to look after Chandler, she appreciates the sacrifices he made for her and she would do anything for him,” the dubious source says. So, if the couple is “stronger than ever” why would Powell walkout Irwin?  Also, the magazine’s story was also invented around Powell going to the store alone but framed as something much more sinister. It’s ridiculous.

Additionally, Powell recently launched his own clothing line, and Irwin was pictured wearing her husband’s clothes, showing her support. Furthermore, just a few days ago, Irwin shared a photo of Powell on Instagram at their home with their dog. Clearly, Powell has not left his wife, despite what the tabloid alleges. We’re debunking this phony tale.

This isn’t a surprise since the tabloid has tried to create problems between the couple before. Last year, Woman’s Day alleged Irwin called off her wedding to Powell. The couple got married in late March, which was a few days earlier than expected due to the pandemic. Gossip Cop busted the story at the time and it’s clear who had the better reporting in November.

Two weeks later, Gossip Cop busted Woman’s Day again for alleging Irwin and Powell were fighting nonstop following their engagement. Gossip Cop investigated this story as well, found it completely illogical and untrue, and once again, our reporting turned out to the far more accurate than the tabloid’s. This is one tabloid that clearly has no insight into Powell and Irwin’s relationship.