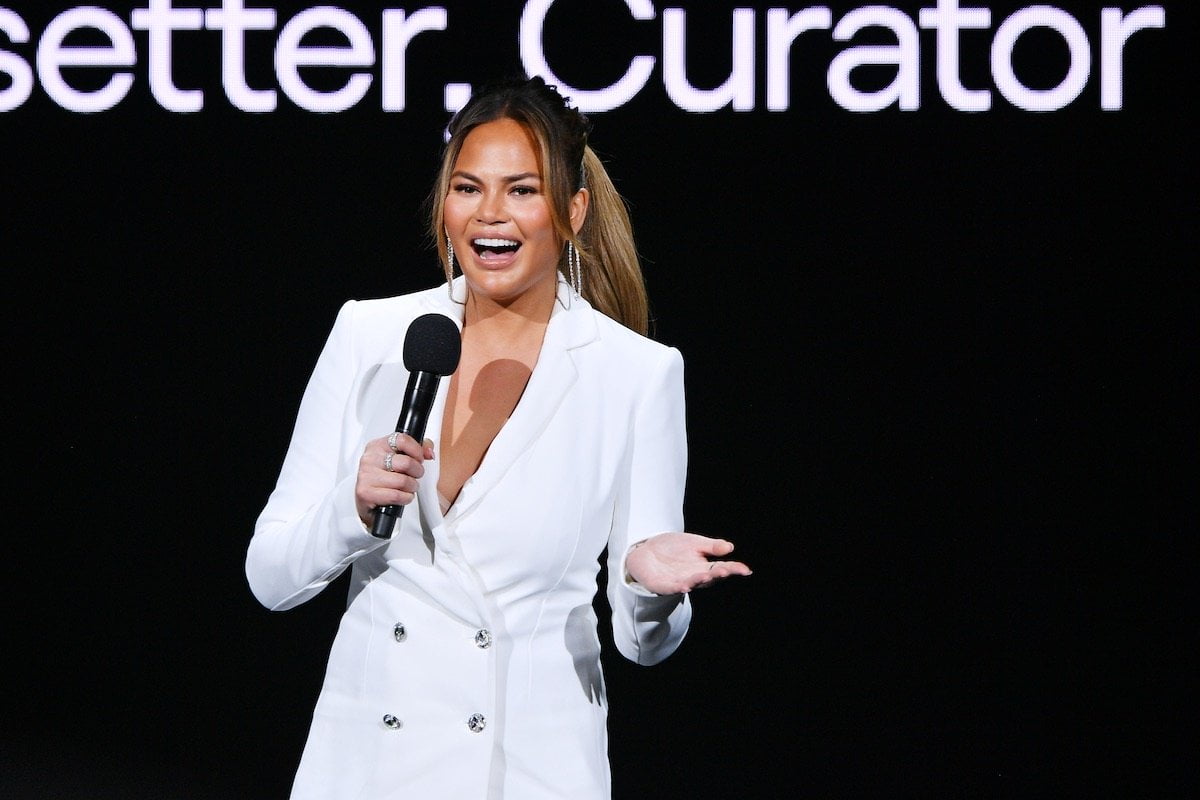 It’s easy to argue over who truly reigns supreme over Twitter, but it’s impossible to leave Chrissy Teigen out of the running. The model-turned-host-turned-producer racks up hundreds of millions of likes and retweets every month with her quick wit and relatable posts. Whether it’s about her husband, singer John Legend, her frustration with Animal Crossing, or her haters, she’s authored some of the most viral tweets ever posted. Her most popular ones, however, are her brilliant clapbacks to critics. We compiled a few of our favorites from over the years.

While Chrissy Teigen and John Legend attended the 2018 Emmys, red carpet photos of the couple hit the web. One man saw a picture of the model in her dress and took to Twitter to ask the one question you should never ask a woman. Needless to say, Teigen made him look like a fool from inside the ceremony shortly after.

I just had a baby but thank you for being soooo respectful https://t.co/N9ZxZ35Zze

After a troll tweeted a bizarrely hateful message about Teigen, the star took the high road and wished her well — and a happy holidays. Who could be so mad at a model on Thanksgiving?

There was also that time that, in the midst of an online feud between Teigen, her husband, and controversial commentator Piers Morgan, Teigen turned a jab from Morgan into a mic-drop moment after he implied that modeling isn’t a real career.

it keeps me nice and not-racist so sure, give it a go.

Teigen appeared on the cover of Glamour‘s December 2018 issue, and one Twitter user had a major problem with it. Though they’ve now made their account private, their remark lives on in infamy. “This photo of you is quite frankly, awful. At first glance I didn’t recognize you,” they wrote. “I know you don’t give a damn, but girl if you’re going to be magazine cover material, make it worth it.” Fortunately, Chrissy Teigen’s response has lived on.

thank you, Heidi. in the future I will try harder to be the best cover model. if you could please send me specific tips and tricks (or past covers you’ve shot for reference!) that would be so awesome https://t.co/UAvwS71lg2

One person was so upset after Teigen had a wardrobe malfunction that they tweeted directly at her and called her ladyhood into question. It was a weak attempt at shaming the personable model. She didn’t even hesitate and snapped back with this killer response.

I am pretty sure you could clearly see I’m a lady. https://t.co/WmOtIhwaaR

After announcing that their next child was going to be a boy since that was the only embryo they had left, one vile person lashed out at Teigen for what they perceived as an “unnatural” act. Teigen had just shared an extremely personal and touching part of her life for fans, and this awful user saw it as an opportunity to tear down a woman. At least Chrissy Teigen put them in their place.

Hi Linda, thanks for asking, you complete witch. I tried for about 9 years. Anything else, let me know! https://t.co/54e9AvIqQ9

The model posted a photo of her and her husband out at dinner together shortly after she gave birth to their daughter. Heaven forbid a woman get a moment of peace after having a baby, according to some haters.

I went to dinner. People are pissed. Good morning! pic.twitter.com/oQ54mtet8c

They took umbrage with what they perceived as Teigen ignoring her infant and threw out a few passive-aggressive responses. The model saw the perfect opportunity for a joke.

i dunno i can’t find her https://t.co/fEj8rFHEMI

“i never wanted to leave my daughter, i love her, BUT THAT’S JUST ME” – the passive aggressiveness is real!

Vanity Fair posted the link to one of their articles ranking the best dressed at the 2017 Tonys with a cover image featuring Chrissy Teigen. One troll tried to take Teigen down a peg by claiming that she’d show up to anything — fully unaware of the fact that the reason the model seemed to appear at every Hollywood awards show is because her husband is pretty much always nominated for something.

Yes if my partner of 10 years is nominated, I will show up with him, you witch. https://t.co/lj1FTkWkPr

Chrissy Teigen recently took a break from Twitter, including a brief period of making her account private, after fellow foodie Alison Roman made some disparaging comments about Teigen in an interview. Chrissy Teigen responded with a heartbreaking and extremely personal tweet about how much she admired and supported Roman.

Though Roman has since apologized and Teigen seems to have accepted the response, it was a stark reminder of 1) how beloved Teigen is on the platform and 2) how skilled the model is when it comes to drama. We’re not trying to imply that Teigen crafted her response to make people feel bad, but we’re amazed by her ability to express herself in a way that uniquely cuts to the heart of the matter — good or bad.