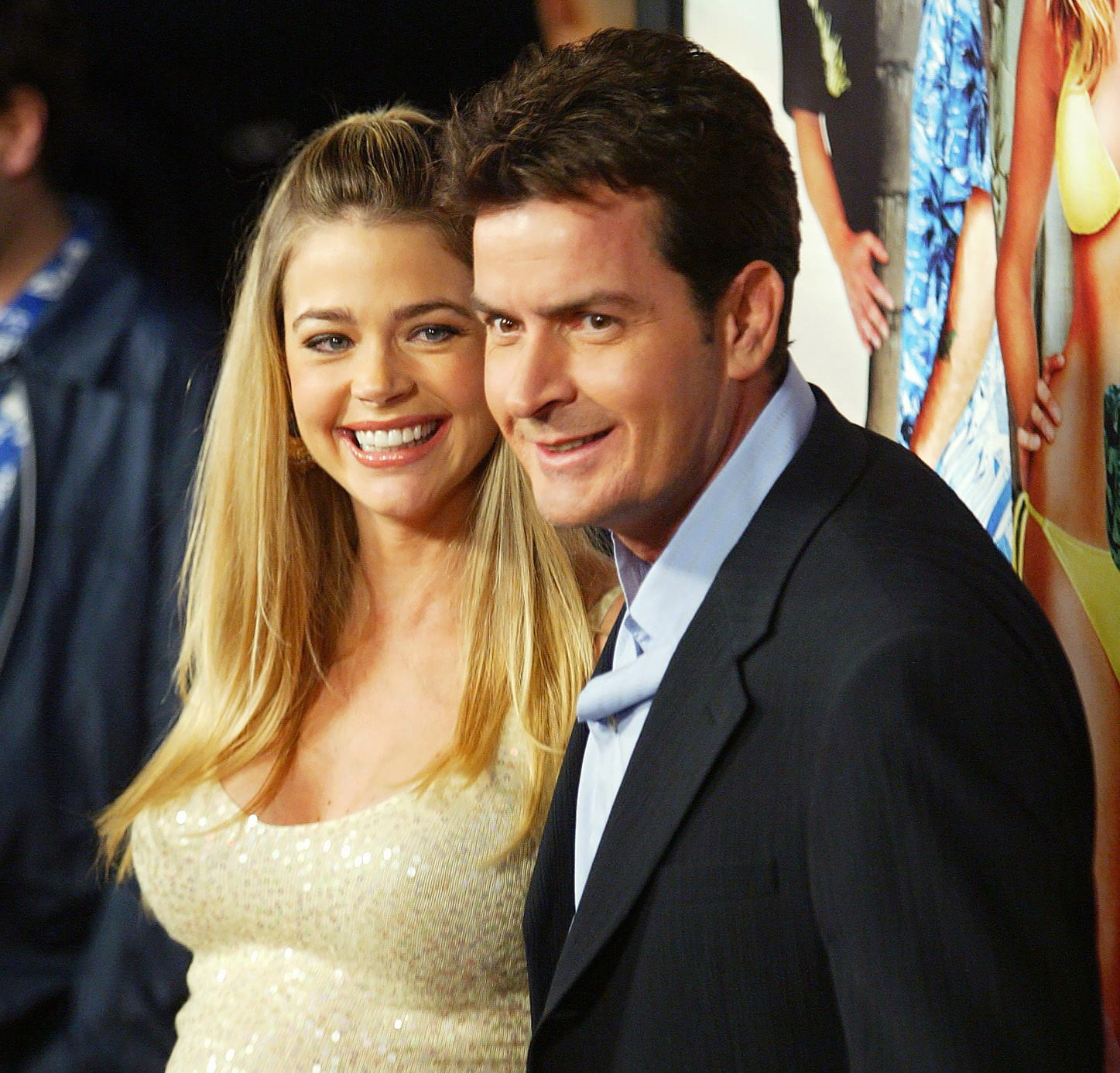 In a good place. Denise Richards and Charlie Sheen are working things out when it comes to coparenting their two daughters.

“Communication’s great with him,” Richards, 49, told Us Weekly exclusively on Monday, May 4, while promoting her new skincare line, CBme Beauty. “[My husband] Aaron [Phypers] and I actually saw him the other day.”

The Real Housewives of Beverly Hills star, who split from Sheen, 54, in 2006 after four years of marriage, admitted that the Two and a Half Men alum “doesn’t watch the shows” even though their custody battle has been discussed on it.

“I don’t even think he knows [what’s airing], but he knows obviously when you file something in court that it’s public,” she explained. “He and I have dealt with this stuff for, gosh, 14, 15 years.”

“We try to keep [the show] separate from things, but he hasn’t even said anything other than very positive [feedback],” Richards told Us. “It’s all good.”

The Anger Management actor might not be watching the Bravo series, but fans have witnessed Richards open up to her costars this season about their child support battle.

During the season 10 premiere on April 15, the actress was told by Teddi Mellencamp that Sheen had released a statement calling out Richards for “behaving like a coward.”

After being taken aback by the comment, the Bold and the Beautiful star said, “I’ve been called worse by him. Actually, that’s tame.”

The mother of three — Richards adopted daughter Eloise, 9, after separating from Sheen — then alleged that her ex-husband hadn’t paid “child support in over a year.”

“He’s very lucky because I never took him to court,” she told Mellencamp, 38, Erika Jayne and Garcelle Beauvais during the episode. “It is such a toxic road. It brings up so much, like, anxiety.”

After her costars weighed in, Richards admitted in a confessional that she didn’t need anyone’s help with her family problems.

Charlie Sheen and Denise Richards’ Ups and Downs Through the Years

“I appreciate the f–king advice, but if anyone knows Charlie, it’s me and I know how to handle it,” the Real Girl Next Door author said. “It’s not your family, it’s mine.”

In August 2018, Sheen filed court documents alleging that he couldn’t afford child support payments to either of his ex-wives, Richards or Brooke Mueller, with whom he shares twin sons Bob and Max, 11.

The following year, Richards claimed that the actor owed $450,000 in child support, prompting his statement, which was talked about during the Bravo episode in April.

Richards married Phypers, 47, in 2018 and is now focused on her skincare line.

“I’ve always taken good care of my skin and used different things. I know for myself what works, what doesn’t work, and I was approached to do it, and I thought it would be a really fun endeavor,” she told Us. “I was definitely, hands-on, involved with the [CBme] line. I didn’t want to put my name on something, just to have a line. I’m very passionate about any products or projects, anything that I’m doing, and I want to be obviously very involved and want products that I actually use.”

The Real Housewives of Beverly Hills airs on Bravo Wednesdays at 8 p.m. ET.

With reporting by Brody Brown