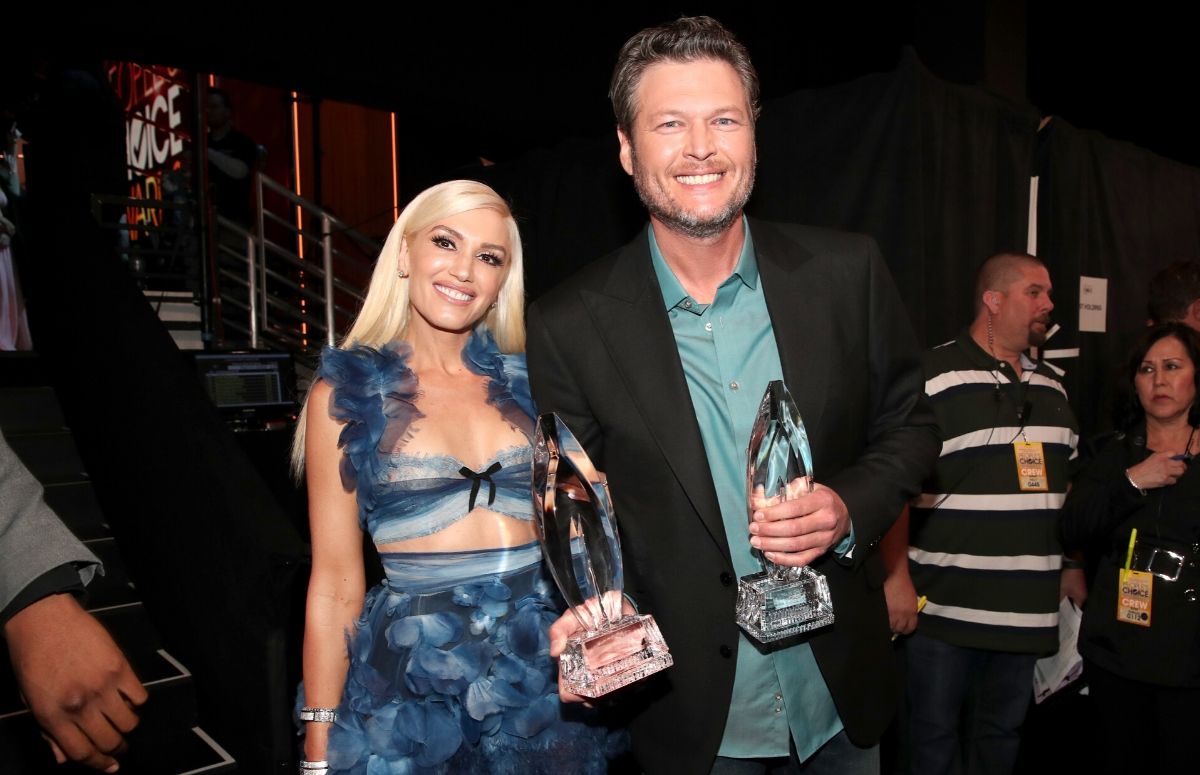 Did Blake Shelton buy Gwen Stefani a $13 million mansion as a wedding present? That’s the latest claim from one tabloid this week. Gossip Cop has looked into it and determined that the truth is something else entirely.

In Touch has a new article out this week claiming Shelton and Stefani are moving into a “$13.2 million mansion in LA’s Encino neighborhood.” The musical couple’s new digs is 13,00-square-feet and features top-of-the-line amenities like a home theater, a pool and corresponding cabana, as well as a full outdoor kitchen. The alleged new purchase was made to celebrate the couple’s nuptials, the outlet insisted.

The often discredited gossip rag refers back to when it previously claimed Stefani and Shelton “tied the knot in late April,” which the outlet’s sister publication, Star, also published. The two The Voice judges allegedly got married in Shelton’s backyard, with a small group of close friends watching via Zoom. Gossip Cop checked into the claims when that outlet first published it and determined it was false. The two made an appearance on The Tonight Show Starring Jimmy Fallon where the couple made no mention of a wedding, nor were Stefani or Shelton wearing wedding bands.

Regardless, the outlet contends that the Encino mansion will serve as the lovebirds’ new love nest. An alleged source for the publications, who, of course, is unnamed, says, “This will be their forever home.” Gossip Cop looked into this rumor and determined it was mostly false.

There is exactly one element of truth to this entire story. Blake Shelton and Gwen Stefani did buy a house together in the San Fernando area of Los Angeles. The outlet manages to get all the details right about the mansion, probably because the anonymous author read the article by Variety about the purchase.

Where the story starts going off the rails is when the outlet connects the real estate purchase to Stefani and Shelton’s supposed wedding. As Gossip Cop has previously pointed out, Shelton and Stefani are not married. This new purchase proves that things are going well for the couple, who’ve been dating for four years now, but it doesn’t mean the two are married. If and when the former No Doubt singer and the country singer get married, they’ll be the ones to inform us.

In Touch’s shoddy past reporting is a major reason why Gossip Cop has a hard time believing anything this tabloid publishes. For instance, the outlet claimed last December that Stefani threatened to leave Shelton if he didn’t propose. This was obviously untrue. The couple is still together, months later and they are still aren’t married or engaged, of course.

A few weeks before that, the outlet claimed Stefani was afraid Shelton would leave her over her quitting IVF treatments. That, too, was completely false and part of an ongoing phony narrative pushed by all the tabloids. Gossip Cop has busted plenty of stories like this, and anytime a reader sees this, they should be very wary. An outlet that is this wrong, this often, just cannot be trusted.