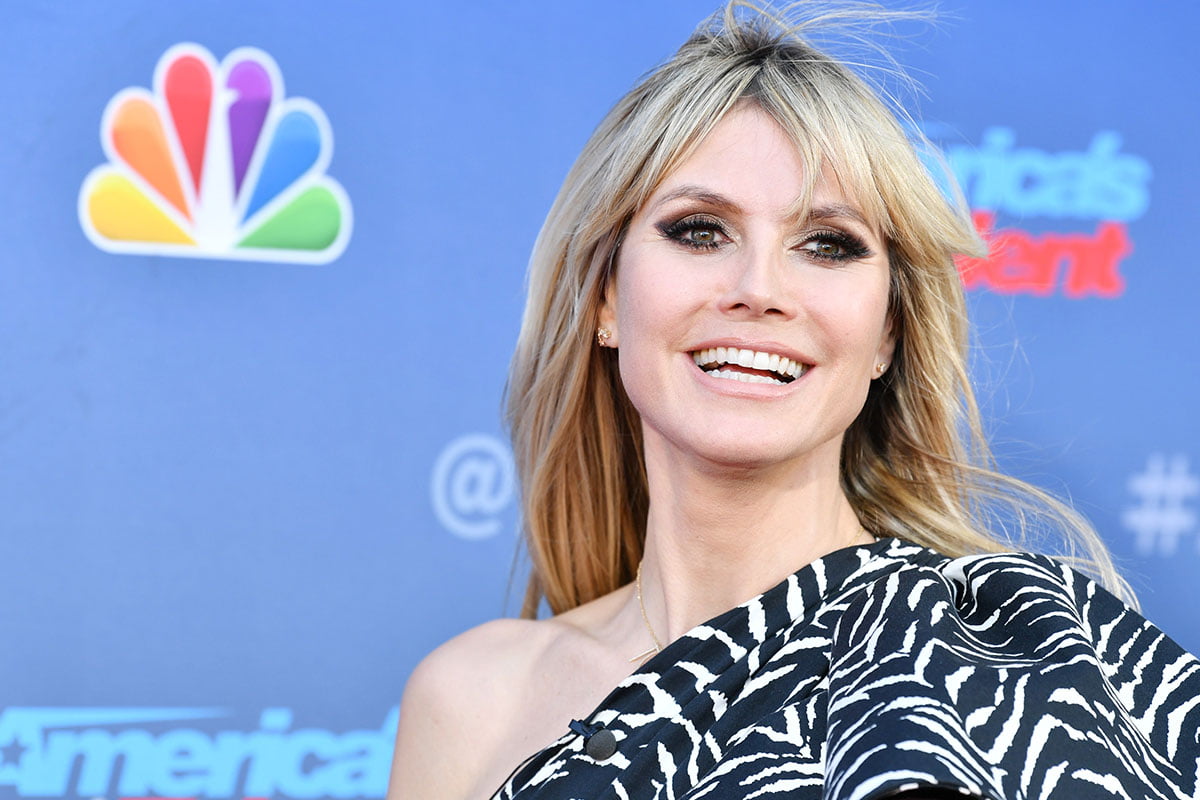 Did Heidi Klum announce she was expecting another baby? A tabloid is claiming the actress’ latest Instagram pic was confirmation she’s pregnant. Gossip Cop has looked into the story. Here’s what we found out.

Klum has been subjected to various rumors that she was pregnant with her fifth child. Three weeks ago, the model posted a picture of herself with a protruding belly with the caption, “dinner was good.” According to Woman’s Day and a few other untrustworthy tabloids, so-called friends say this could be the “belly” they’ve been waiting for since Klum and her husband, Tom Kaulitz, have been “actively trying for a miracle baby all year.” “Heidi and Tom having a lockdown baby is just the best news ever,” a supposed “insider” tells the magazine.

The alleged source continued, “they’ve talked about having twins and even shortlisted names, they love William or Willow, after Tom’s twin brother, Bill, who Heidi is also close to” The source states a baby for the couple “would be a dream come true.” “She’s madly in love and he brings out a beautiful side to her,” the dubious insider claims. The unnamed source concludes by saying, “It’s amazing to see her so content while nesting at home with her new hubby. Another baby would make their happy circle complete.”

While there could be a certain possibility that Klum is pregnant, the model has made no mention of it, including in the aforementioned post. Also, Kaulitz commented on the post stating that the belly was a “food baby.” It’s also convenient that the third person in the photo is Bill Kaulitz, the person the tabloid asserts the couple are going to name the supposed baby after.

When it comes to celebrity pregnancies, however, Woman’s Day hasn’t exactly had the best track record. Last month, Gossip Cop busted the tabloid for falsely claiming Bindi Irwin moved up her wedding to Chandler Powell because she was pregnant. A so-called insider asserted the nuptials were “rushed forward” because rumors were going around “Bindi and Chandler got married so quickly because they’re having a baby.” The story wasn’t true, Powell and Irwin explained why they decided to change their wedding date and the date wasn’t only moved up by 10 days.

In August 2019, Woman’s Day alleged Nicole Kidman announced she was pregnant with her third child, via an Instagram post. The unreliable magazine insisted the actress was “cradling a baby bump” in the picture with a supposed source claiming the actress being pregnant again “would be a dream come true.” Now doesn’t that narrative sound familiar? Gossip Cop checked in Kidman’s spokesperson who said there was no truth to the story. We can’t be 100% sure Klum isn’t pregnant, but given the tabloid’s terrible track record, we’re not taking its word for it.