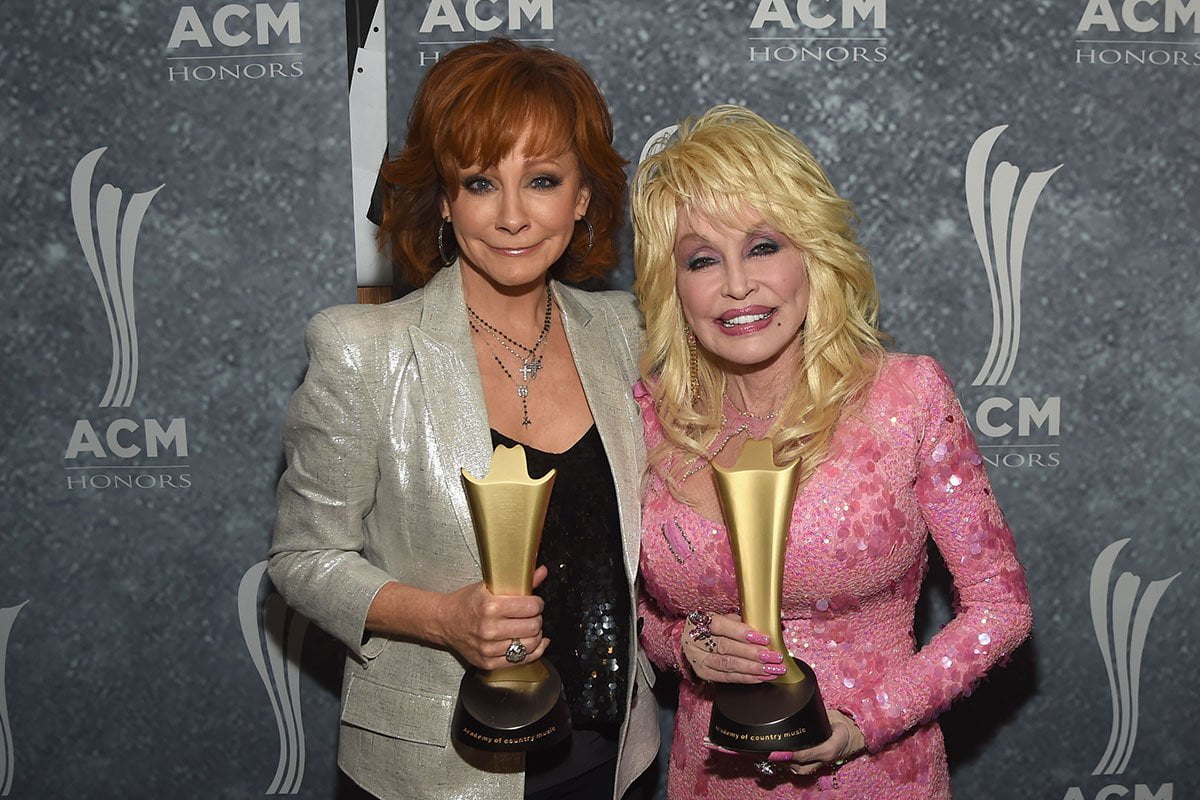 Are Dolly Parton and Reba McEntire fighting over who gets to honor Kenny Rogers? That’s what one tabloid is claiming in a bogus article this week. Gossip Cop can set the record straight.

According to the National Enquirer, the country stars were “once the best of friends,” but are now “at each other’s throats” over who gets to “take the lead” in paying tribute to their friend, who passed away in March. Unspecified “sources” suggest that the two have competed over Rogers’ friendship in the past. “All Kenny could talk about was how amazing Reba was – so pretty, so talented, so funny. Dolly got sick of it,” a supposed “friend” tells the tabloid.”But Kenny loved the attention the two gals gave him and often played them against each other.” Parton and Rogers were frequent collaborators during his career, and Parton was allegedly “stung” when Rogers cast McEntire instead of her in his 1991 TV movie, The Gambler Returns.

This supposed “catfight,” as the tabloid so tactfully calls it, has now “sparked rifts” within the world of country music. Both McEntire and Parton have allegedly been calling other country singers to join them in tribute to the late “Gambler” singer. “Nobody knows which one they should commit to,” the questionable source continues, “and some people are choosing sides!” Several country stars, apparently, are even staging an intervention for the once-friends.

Let’s get the obvious out of the way first: this tabloid has so little respect for Rogers’ memory that it’s suggesting the much-beloved, recently deceased country singer was such an egomaniac that he would pit his friends against each other just to bring more attention onto himself. Gossip Cop frankly isn’t surprised at the lack of respect, but it’s still pretty distasteful.

As for this supposed “feud” between McEntire and Parton, as far as we can tell nothing of the sort has ever existed. The two are good friends. McEntire helped pay tribute to Parton at the CMA Awards in 2016 when the “Jolene” singer was honored with a lifetime achievement award. The following year, Parton surprised McEntire onstage at the Grand Ole Opry at the 40th Anniversary of McEntire’s Opry debut, giving her fellow singer a hug and saying, “I just wanted to come out and say hello, and say congratulations, and how much I love you.”

And this past November, they co-hosted the CMAs alongside Carrie Underwood. Their relationship was never defined by their friendships with Kenny Rogers, and the idea that they’ve been on the outs since the early 90s is clearly ridiculous. More recently, McEntire posted a throwback on her Instagram account from her old TV show when she sang Parton’s “9 To 5,” even tagging Parton in the post. They are still very close.

It should be noted that the Enquirer has a history of making up feud rumors about various stars, especially female celebrities because the “catfight” narrative apparently never goes out of style. In the past year alone, Gossip Cop has busted the tabloid for making stories about Jennifer Aniston supposedly fighting with both Courteney Cox and Reese Witherspoon, as well as a falsely reporting a feud between Angelina Jolie and Scarlett Johansson. All of these stories are as false as they are insulting.