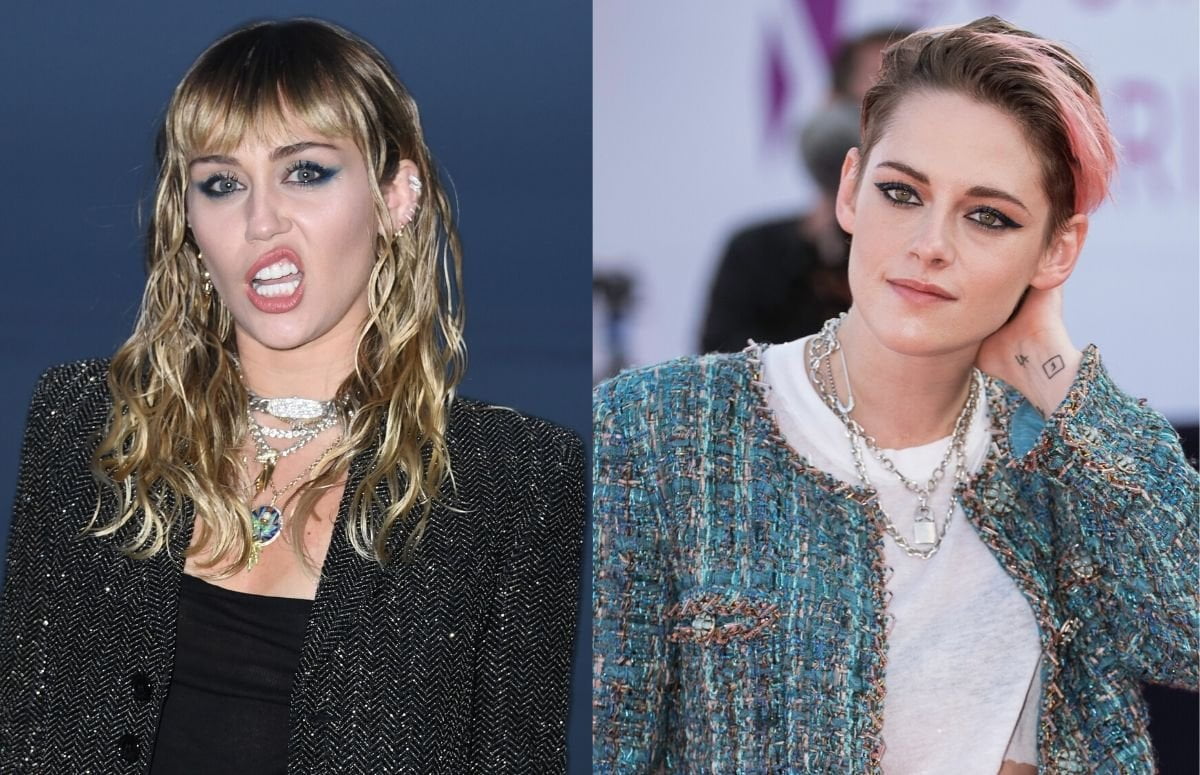 Miley Cyrus and Kristen Stewart often get tangled together in the tabloids, Gossip Cop noticed. We decided to take a second look at our busts about the two famous ladies to see why the supermarket magazines keep fixating on them. Our findings didn’t surprise us at all.

There’s one major thing both Cyrus and Stewart have in common: ex-girlfriend, Stella Maxwell. Last May, National Enquirer claimed Cyrus, who was married to Liam Hemsworth at the time, was hooking up with her supermodel ex. A supposed source told the disreputable outlet, “Miley’s still attracted to Stella. They had a very special friendship. She misses Stella – and she can’t help herself!” Hemsworth allegedly didn’t mind his then-wife’s relationship with her ex, the so-called source continued, “Liam’s softened his stance about a lot of things lately – especially Miley’s flirty and loose behavior, so it makes a lot of sense.”

Gossip Cop easily debunked this bogus story after checking in with a source close to the situation. While our source couldn’t go on the record, we were informed that this tall tale was simply not true. But perhaps rumors like these, which sprung up while Kristen Stewart and Stella Maxwell were giving their relationship another go, were the inspiration behind the next rumor.

Late last year, In Touch falsely reported that Stewart secretly hated Cyrus. The publication insisted that Stewart’s animosity towards Cyrus stemmed from their mutual ex, Maxwell, but the Twilight actress had long held the “Party In The USA” singer in contempt. “They’ve run in the same circle for years, but Kristen has always had it out for Miley. She thinks she’s a phony and that her ‘edginess’ is contrived,” an alleged “insider” for the tabloid claimed. Stewart also supposedly believes Cyrus “just has these high-profile romances for attention,” according to the tipster.

This was not the case, Gossip Cop found during our investigation of the rumor. We checked in with a source close to all the supposed drama informed us that this ridiculous rumor was “obviously made up.” There were no hard feelings between Stewart and Cyrus, no matter how hard this tabloid tried to convince its readers otherwise.

Just a few days later, NW went in the complete opposite direction and reported that Cyrus was secretly in love with Stewart. In fact, the outlet alleged, Cyrus had split from her ex-husband Liam Hemsworth over her feelings for Stewart. A supposed source revealed Cyrus saw Stewart “at an Oscars dinner and it reignited feelings. It pretty much forced the end of her marriage a few months later.” When Stewart started dating screenwriter Dylan Meyer, Cyrus was apparently “in mourning,” which led to her “rebounding” with Kaitlynn Carter and Cody Simpson.

Gossip Cop looked into this tabloid tale and discovered that it was entirely false. Once again, we checked in with a source close to the situation who informed us the story was entirely made up. Cyrus is not “settling” with Simpson because she could not have Kristen Stewart and the idea that she is comes across as totally insulting. In going through these old busts, Gossip Cop could only find two things linking Cyrus and Stewart besides their friendship: they’re both bisexual women in Hollywood, and they both dated Stella Maxwell. The tabloids’ strange fixation on linking the two of them together on the flimsiest of connections is a trend we hope fizzles out soon.

The post Everything We Know About Miley Cyrus, Kristen Stewart’s Relationship appeared first on Gossip Cop.