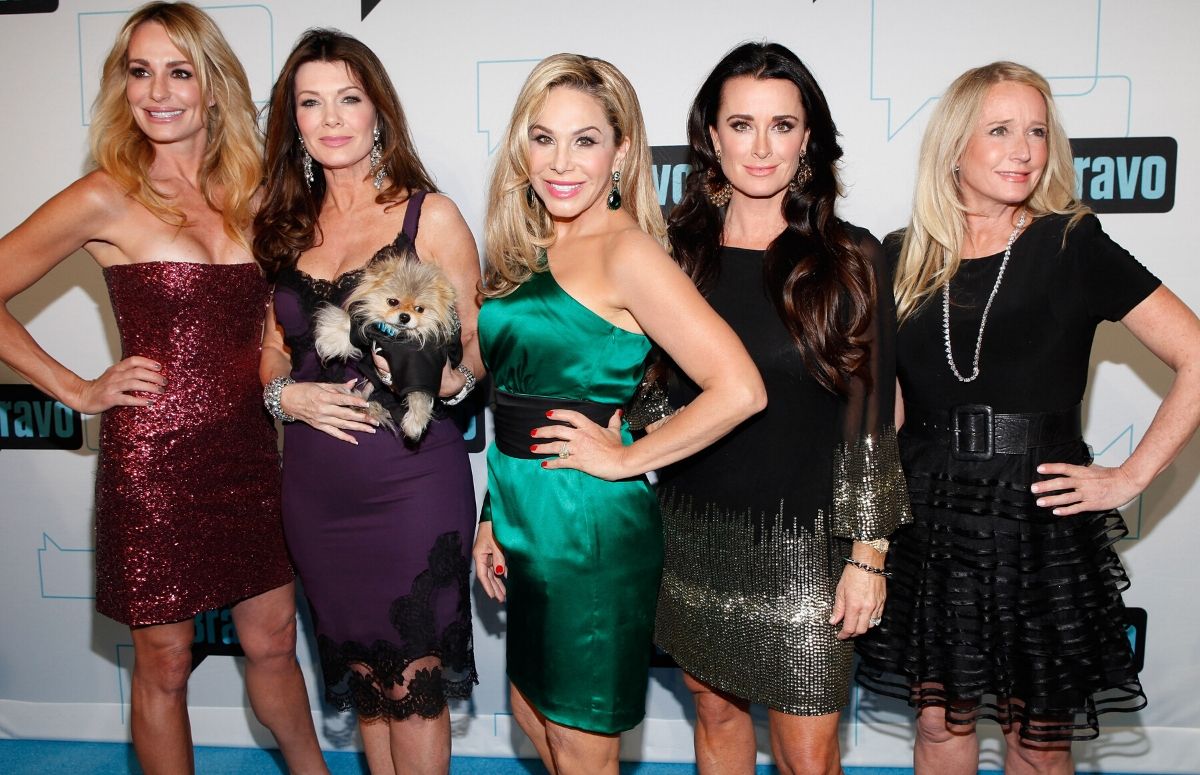 The antics on the various Real Housewives franchises are dramatic enough without tabloids totally manufacturing added drama. Over time, Gossip Cop came across so many rumors about the hit Bravo franchise, we decided to compile the wildest busts we’ve ever made. Let’s take a trip down memory lane to see if any of these rumors came true.

Earlier this year, National Enquirer claimed Jessica Simpson was “in talks” to join RHOBH. The singer would be “the perfect addition” to the show, an anonymous tipster told the outlet. “Not only do people know Jess from her own reality show,” continued the source, but 39-year-old Simpson would add some much needed “younger blood to the show again.”

Having seen how many false rumors the Enquirer spits out on a weekly basis, Gossip Cop knew we couldn’t trust the untrustworthy word of the disreputable magazine’s supposed source. Instead, we asked Simpson’s rep for more information, who laughed off this story. “She doesn’t even live in Beverly Hills,” the rep pointed out. That proved to us that this story had no truth to it.

It’s not just the Housewives themselves that are targeted by tabloid rumors. Late last summer, National Enquirer claimed Tori Spelling was “too poor” for Real Housewives of Beverly Hills. That’s the real reason the Beverly Hills 90210 actress hasn’t been invited to join the cast, blabbed an alleged source. “Each lady gets a decent salary, but their expenses are their responsibility,” the almost certainly phony source declared. “Tori simply can’t keep up! At this point, her multi-millionaire mom, Candy Spelling, has a better chance at getting on the show than she does!”

Gossip Cop called foul on that rumor. Other Housewives, have suffered financial downfalls, including filing for bankruptcy, during their time on the show, but that hasn’t stopped stars like Real Housewives of New Jersey‘s Teresa Giudice from coming back season after season. Spelling has gone through some financial difficulties, but that’s by no means the reason she hadn’t been invited on the show. There are plenty of women in Beverly Hills who never got an invite as well. This story was beyond bogus.

It’s not just the Beverly Hills residents who often find themselves at the center of ridiculous rumors. The tabloids are able to get their hands on the east coast ladies as well. After it was announced that Jill Zarin was returning to Real Housewives Of New York to make guest appearances as a member of the part time cast, National Enquirer made a ridiculous claim. The often debunked outlet reported that Bethenny Frankel used her influence on the show to block Zarin’s attempt to rejoin the cast full time, which is why Zarin allegedly had to settle for part time. “Bethenny will just not let go of their feud and she doesn’t want Jill back on the show,” an alleged source told the magazine. “Jill will appear on a few episodes with her friend Luann de Lesseps, but that’s all.” This account couldn’t be further from the truth.

Zarin herself said she had no interest in returning to the hit reality TV show as a full time cast member. Rather, she told E! News she’d prefer to come back as a “friend.” “Somebody started a rumor that I was in talks with Bravo,” she told the far more reputable outlet. “That’s not true… I would like to come back as a friend.”

Besides, by this point, the feud between Zarin and Frankel was long over. The two made peace earlier that year after Frankel attended the funeral for Zarin’s late husband, Bobby Zarin. Since then, both ladies have appeared on the Bravo show Watch What Happens Live! and confirmed that they’ve made peace and are once again friendly with each other, though they’re not as close as they once were. If there’s no feud and Zarin has no interest in returning to RHONY full time, then there’s no way Frankel could have blocked anything from her former enemy. Gossip Cop determined this story was totally phony.

Real Housewives Of New Jersey star Teresa Giudice was hit last fall with rumors from that same outlet claiming she demanded her four children get paid for their appearances on the show. The dubious report claimed the infamous reality star wanted to secure her four daughters’ “financial future” since their father, Joe, had been deported to Italy. A suspicious tipster told the outlet, “Bravo doesn’t pay children under the age of 18. But how Teresa and their four girls – who range in age from ten to 18 – cope with Joe being deported is the main storyline.”

Gossip Cop wanted to nip this rumor in the bud, so we went straight to the source for our information. We reached out to Giudice’s lawyer who told us that it’s “fake news” that she’s demanding pay for her daughters. This article was simply not true.

The post Everything We Know About Those ‘Real Housewives Of Beverly Hills’ Rumors appeared first on Gossip Cop.