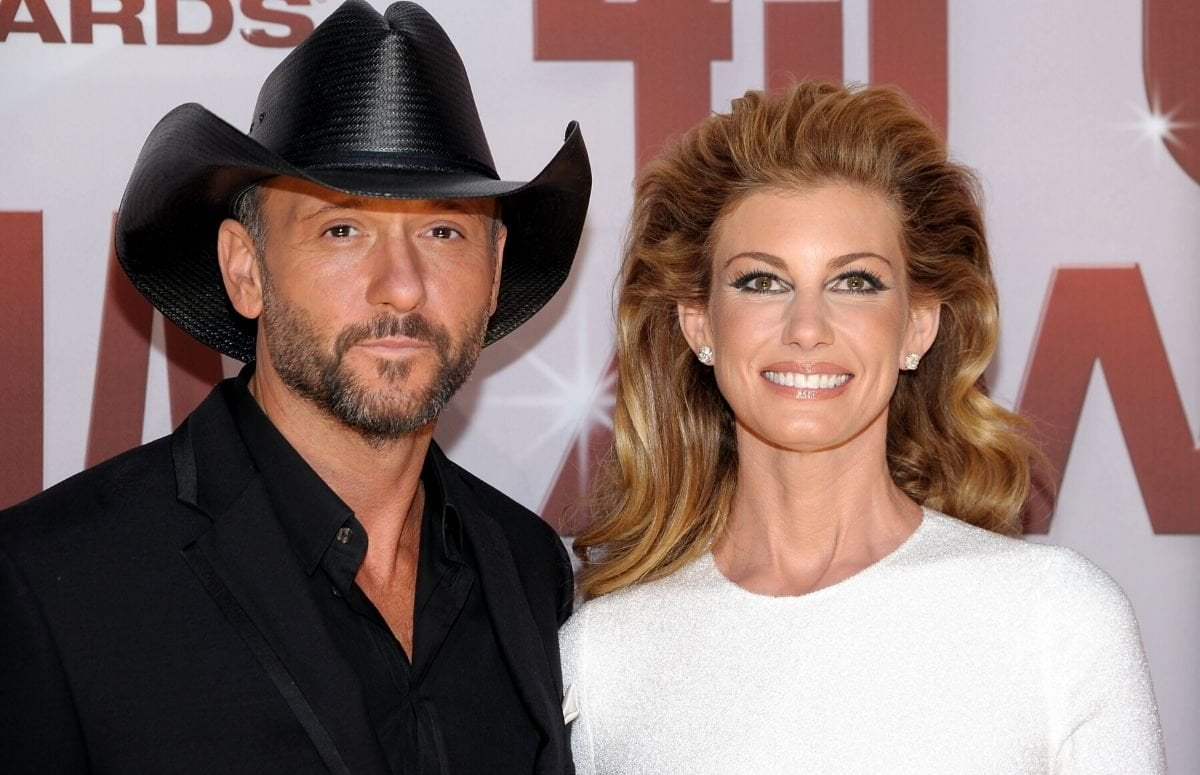 Was Tim McGraw in danger of relapsing, which deeply worried his wife, Faith Hill? That’s the claim one tabloid made late last year. Gossip Cop didn’t have the information we needed at the time to debunk the story, but our research can prove that this is not the case.

National Enquirer reported last fall that “Teetotaler” Tim McGraw had been “spotted buying booze —sparking pals’ fears his old demons will come back to haunt wife Faith Hill!” The outlet provided a series of photos depicting McGraw in the alcohol section of a store, with one bottle of wine visible in his cart. This was all the proof this publication needed to claim that McGraw was on the verge of falling off the wagon.

“Tim has been clean and sober for 11 years, but he likes to throw a good party!” a supposed insider explained to the outlet. “When he and Faith entertain, they have alcohol ready and available for guests.” The outlet’s “sources” claimed Hill “worries a relapse will be a fatal blow to their marriage.” One so-called “insider” tattled, “Faith is terrified of his temptation. It nearly destroyed their marriage before!”

Back then, before McGraw quit drinking and drugs cold turkey in 2008 a dubious source told the outlet his addictions were causing real damage to his marriage. “He’d be so loaded he’d start flirting with women, or somebody would look at him the wrong way and he’d be ready to brawl.” Finally, Hill had enough of his antics and gave him an ultimatum: “Stop the drugs and alcohol or I’ll leave and take our daughters!” This apparently inspired McGraw to straighten up his act and become the man his family needed. Now that the couple’s daughters, Maggie, Gracie, and Audrey, are growing up and flying the coop, Hill allegedly worries that this new phase of their life will cause McGraw to relapse.

“Tim is always striving to be a better husband for Faith…but this is a whole new dynamic for them, and it ratchets up the pressure on him,” the tattler insisted. “Faith is hoping it brings out the best in her husband — and praying that it won’t bring out the worst!” Not one bit of this particular tall tale is true in the least bit.

Yes, McGraw was photographed with what appeared to be a bottle of wine in his shopping cart. That doesn’t mean the country music superstar got the bottle for himself. Besides, this outlet never actually provides any proof that McGraw is drinking again. The untrustworthy outlet claimed McGraw and Hill often throw parties featuring alcohol, why would McGraw start imbibing now? What triggered this sudden change after nearly twelve years of sobriety? Absolutely nothing, Gossip Cop has decided. This outlet merely used a snapshot of McGraw to further their narrative that the singer is on the verge of a relapse. It’s just another cruel tactic tabloids use to entice readers.

This outlet just can’t get the story right when it comes to this country music duo. Gossip Cop has already busted the Enquirer in the past for claiming Faith Hill was planning her own memoir to one-up her husband’s book. This bizarre claim essentially came out of nowhere, but we were pleased to find there was no truth to it. Must have been a slow news day.

Kurt Russell And Goldie Hawn Wedding A Called Off After Fight?
These Linen Shorts Might Be Comfier Than Your Favorite Pajama Bottoms
To Top