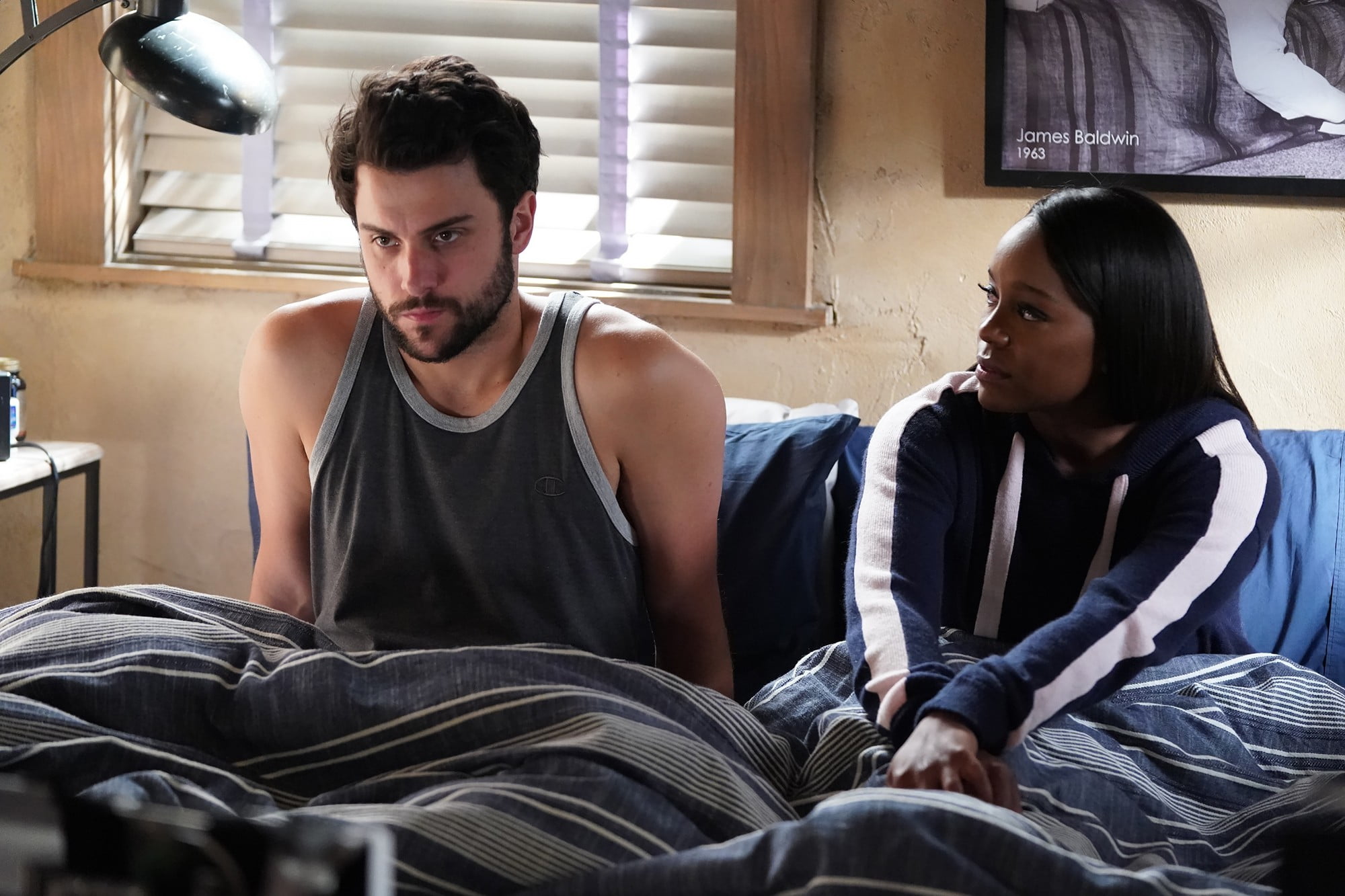 Holy plot twist! Fans went into the Thursday, May 14, series finale of How to Get Away With Murder believing Annalise (Viola Davis) was a dead woman walking, but multiple characters met their ends before the hour was over.

The episode, titled “Stay,” began with a shooting outside the courthouse. Three days earlier, testimonies resumed in Annalise’s trial. Jorge Castillo (Esai Morales) took the stand and denied having any connection to Governor Birkhead (Laura Innes) or her conspiracy to bring down Annalise. Annalise worried about a surprise witness the prosecution was hiding away, fearing Wes’ (Alfred Enoch) confession letter would come back to bite her.

As Connor (Jack Falahee) warned Michaela (Aja Naomi King) about the guilt she would one day feel, she reasoned that she had already suffered enough during her childhood to go to prison. Meanwhile, Connor wanted to go away for his crimes, and after Oliver (Conrad Ricamora) went to the FBI behind his back to bargain for a better plea deal (if he lied about Annalise on the stand), Connor gave Oliver divorce papers and refused to take the new deal.

Frank (Charlie Weber), for his part, found a smoking gun to tie the governor to Hannah (Marcia Gay Harden). Birkhead denied any involvement in the murders, though. Frank later confessed to Bonnie (Liza Weil) that he wished she had not told him about Sam (Tom Verica) and Hannah being his parents and promised to forgive her after time. He then offered Gabriel (Rome Flynn) $87,000 not to testify against Annalise, which he took.

Nate (Billy Brown) changed his testimony at the last minute, admitting that the FBI offered him a $20 million settlement, which he deemed coercion. He blamed the whole ordeal on Hannah, the Castillos and the governor and later told Annalise he switched sides because he had to own his role in their mess. He also gave her Wes’ confession, which he found on Xavier (Gerardo Celasco), and in a flash-forward, he opened a justice center for incarcerated individuals.

Best TV Couples of All Time

During her closing argument, Annalise acknowledged she was a bad person but said she did not murder anyone. The jury agreed, finding her not guilty on all charges. In the meantime, Connor was arrested, Michaela was left alone and Laurel (Karla Souza) was on her way to a new city after orchestrating her father’s murder in prison. Annalise also turned down Tegan (Amirah Vann) after she confessed her love for her, noting that she could not make her happy.

As Annalise talked to reporters on the steps of the courthouse, Frank arrived and shot the governor. As a result, both he and Bonnie were shot and killed too.

In the distant future, members of the Keating five attended Annalise’s funeral, where Eve (Famke Janssen) delivered a eulogy. Connor and Oliver were still married, Michaela was a judge with a family and Laurel was happy with a grown-up Christopher, who ended up being the Wes look-alike teased in earlier episodes. Christopher later showed up at Middleton to follow in the footsteps of his “mentor,” teaching a class called “How to Get Away With Murder.”

Tell Us: What did you think of the series finale?