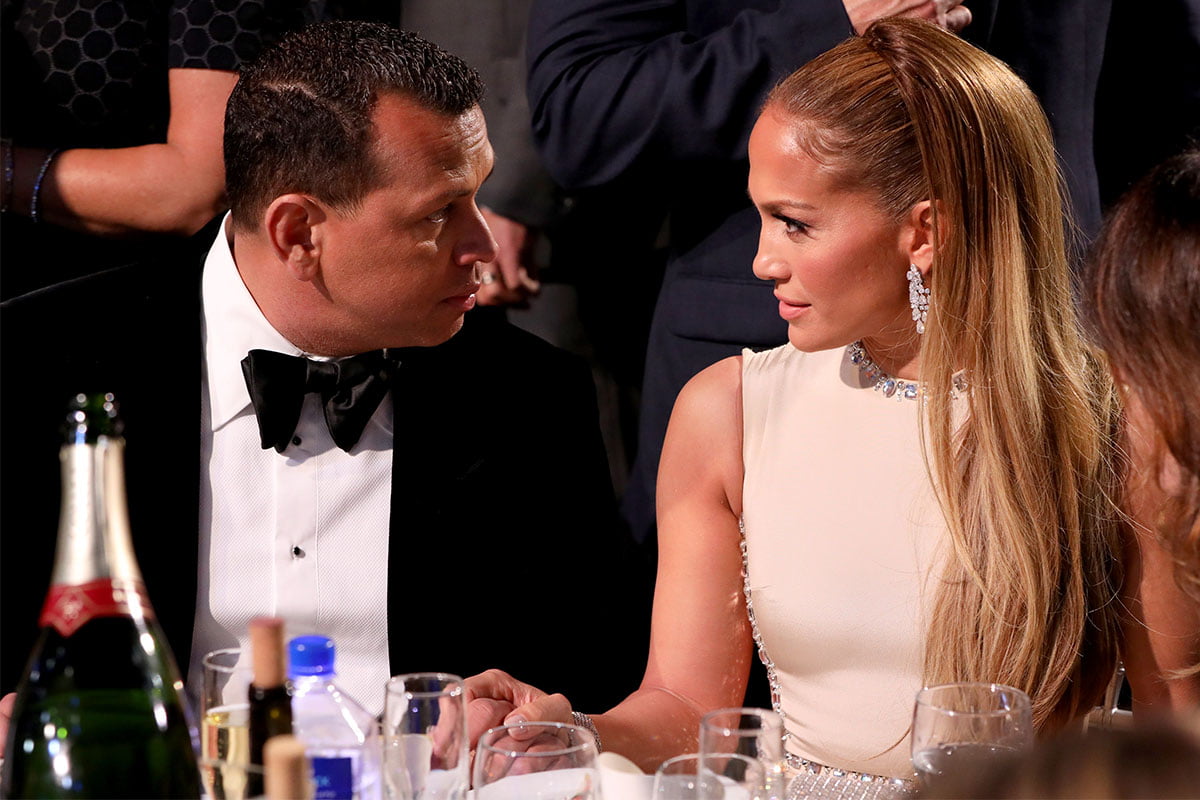 A recent article in a tabloid is claiming Jennifer Lopez is feuding with Alex Rodriguez’s ex-wife. This isn’t true. Gossip Cop can correct the phony story.

According to the Globe, Lopez and Rodriguez have been “putting on a happy front” when it comes to Rodriguez’s two daughters from his marriage to Cynthia Scurtis. However, “sources” claim Lopez and Scurtis are far from being “gal pals.” “There is a lot of tension between the two women, with Alex constantly trying to soothe it,” a so-called insider told the outlet. The supposed insider says Scurtis promised to never “bad-mouth” Lopez in front of the children but it doesn’t mean she “finds it easy.”

The alleged tipster claims Lopez even tried to persuade Rodriguez to lower his child support and spousal payments to his former wife. “J.Lo feels Cynthia is more than capable of earning her own money since she holds a master’s degree in psychology and J.Lo has let word get back to Cynthia that she should stop siphoning it out of Alex,” the supposed insider continues. The dubious insider adds Scurtis is “livid at the way J.Lo acts all chummy with their daughters, buying them perfumes, makeup, and designer clothes like she’s trying to buy their love.” The story concludes with the unnamed insider commenting when Lopez and Scurtis “cross paths” the “looks that pass between them would freeze you solid.”

This bogus tabloid has no idea what it’s talking about.

For starters, last year Scrutis and Rodriguez were pictured together for their daughter, Natasha’s, graduation. Lopez was also in the picture as well as the singer’s twins, Emme and Max. There didn’t seem to be any “bad blood” between Lopez or Scurtis. That’s not to mention how ridiculous the idea is that Lopez would be worried about money when clearly she and Rodriguez has plenty of it. Finally, Gossip Cop has spoken to a more reliable source who is close to the situation and confirmed the story is inaccurate.

Of course, this wouldn’t be the first time the tabloids were wrong about Lopez and Rodriguez. In April 2019, Gossip Cop busted the Globe’s sister publication, the National Enquirer, for alleging Lopez was having second thoughts about marrying Rodriguez. The unreliable magazine asserted Lopez was concerned about allegations Rodriguez was being unfaithful. Gossip Cop investigated the story and checked with a source close to Lopez who dismissed the bogus story.

The following month, Gossip Cop debunked the Globe for falsely claiming Lopez and Rodriguez’s relationship was rocked by jealously. The dubious tabloid claimed the pair’s romance was being “torn apart” by “buzz” that the former baseball player was a cheater. Gossip Cop had already corrected the narrative that Rodriguez was unfaithful to Lopez, but an individual in Lopez’s camp assured us the singer wasn’t even paying attention to the silly rumors.