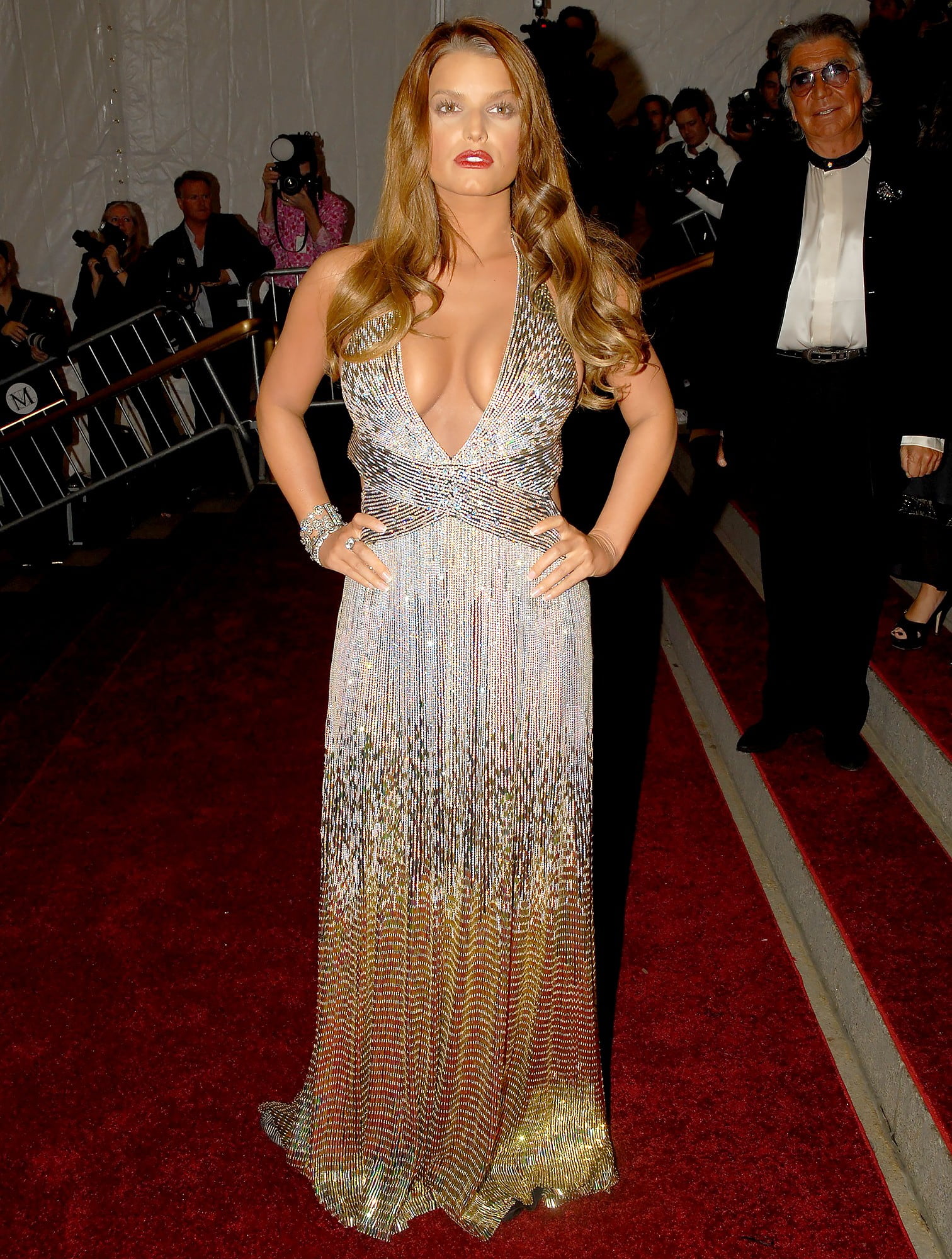 The Met Gala may have been postponed due to coronavirus but fashion’s biggest night is still making headlines. Jessica Simpson fired back at a former Vogue creative digital director who wrote about her look at the 2007 Met Gala.

Stars Who’ve Hit Back Against Body-Shamers

“One year Jessica Simpson was there with John Mayer. She was wearing Michael Kors and her breasts maybe fell out of her dress on the red carpet,” Sally Singer recalled in the magazine’s oral history of the gala. “And then at dinner it was suddenly like, whoa, Jessica Simpson’s breasts are across from me at the dinner table and they are on a platter and I’m looking at them. And John Mayer was putting his hands on them at the dinner table. He kind of reached down and I just remember thinking, ‘Oh, celebrities, feel free to play here.’ That’s what’s going on.”

The 39-year-old “With You” songstress, meanwhile, remembers the evening differently — and didn’t appreciate Singer’s words.

“Feeling a little like Jayne Mansfield after reading this (inaccurate!) oral history of the #MetBall where I am body shamed by #SallySinger

She concluded: “To read this much anticipated article about the classiest fashion event there is and have to be shamed by another woman for having boobs in 2020 is nauseating.”

Jessica Simpson Gets Real About John Mayer in ‘Open Book’

Simpson attended the 2007 Met Gala with then-boyfriend Mayer. The fashion designer wrote about their tumultuous on-again, off-again relationship in her memoir, Open Book, which was released earlier this year. She also opened up about her struggle with body image in the book, revealing she took diet pills for years after she was told to drop 15 pounds by a label exec. She weighed 118 pounds at the time.

“By the time we got to the release of my second album’s first single, ‘Irresistible,’ I was down to 103 pounds,” she wrote. “Everyone went on about how great I looked, but I couldn’t enjoy it because I was so freaking hungry.”

Simpson and husband Eric Johnson share daughters Maxwell, 8, and Birdie, 13 months, and son Ace, 6. In the book, she recalled her eldest daughter making a comment about bread making someone “fat.”

“How does she even know what ‘fat’ is?’” Simpson wrote, noting Maxwell was 6 at the time. “It was a wake-up call. She already has this world to grow up in, and I want her to feel safe enough to love herself and the body that God gave her.”