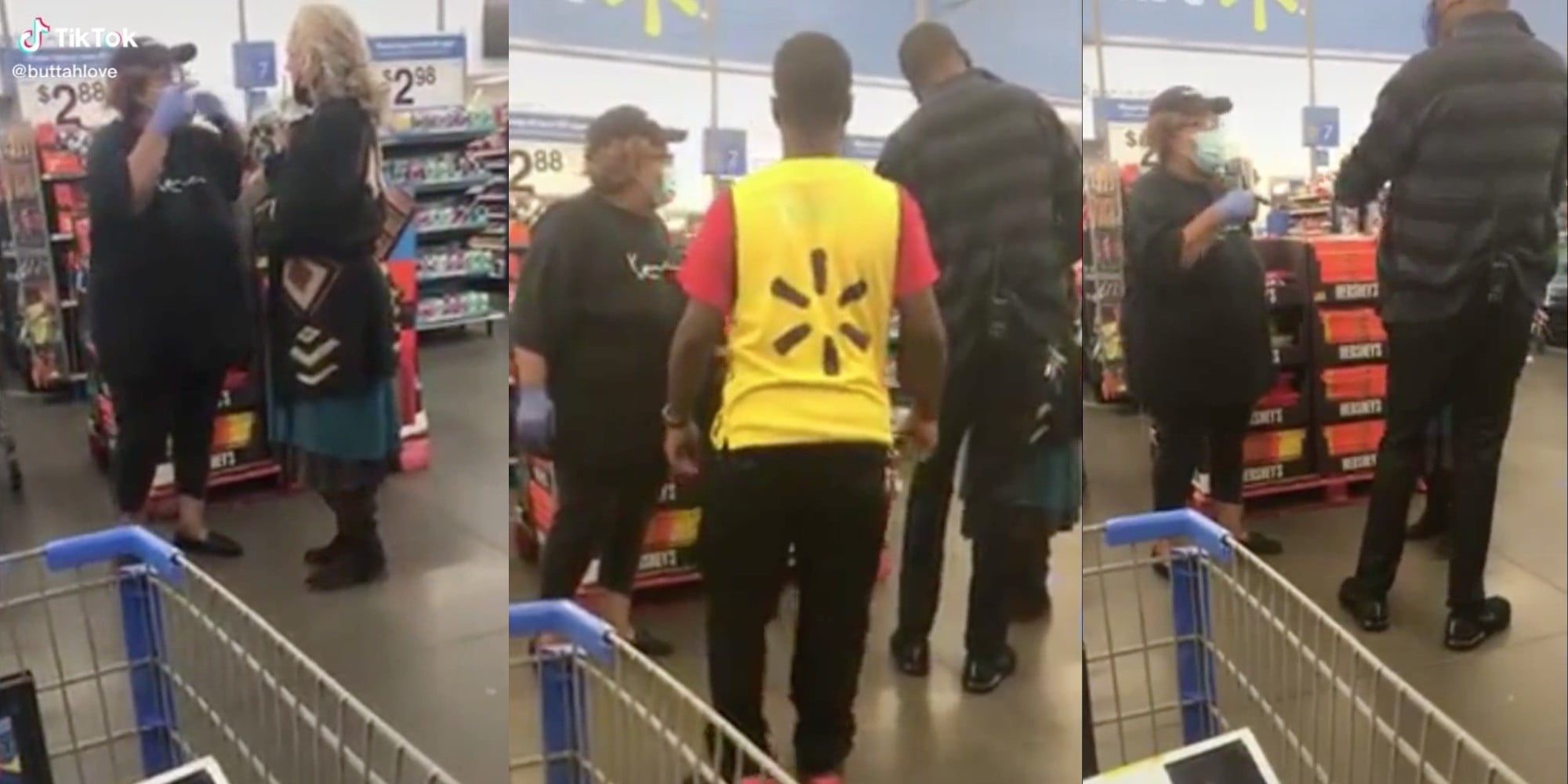 Karen calls woman the N-word in Walmart, backs down when asked to ‘say it again’

A woman in a Walmart in Georgia almost met her maker after allegedly calling a Black woman the N-word.

The incident, according to TMZ, occurred on Thursday at a store in the city of Stone Mountain.

Footage shows the shopper confronting the Karen, a slang term that describes an entitled middle-aged white woman, and accusing her of using the racial slur.

“Say it again and I’m going to whoop your behind all over this store,” the shopper says.

The situation continues to escalate and eventually leads several Walmart employees to intervene.

Despite the employees’ attempts to separate the two women, the shopper let everyone know that she wouldn’t be held back if the N-word was uttered another time.

“You ain’t gonna be able to stop me,” she says to one employee.

Speaking with TMZ, the individual who filmed the encounter says it all began when the Karen tried cutting the shopper in line.

When the shopper highlighted the issue, the Karen is said to have responded with the slur.

The store was eventually able to diffuse the situation and both women went their separate ways. Law enforcement was not alerted to the matter.

The behavior of Karens has become such a cultural phenomenon that a recently created Karen Halloween mask sold out not long after it went up for sale online. Karens, unsurprisingly, reacted in typical Karen fashion by throwing a fit.

The post Karen calls woman the N-word in Walmart, backs down when asked to ‘say it again’ appeared first on The Daily Dot.

Karen calls woman the N-word in Walmart, backs down when asked to ‘say it again’