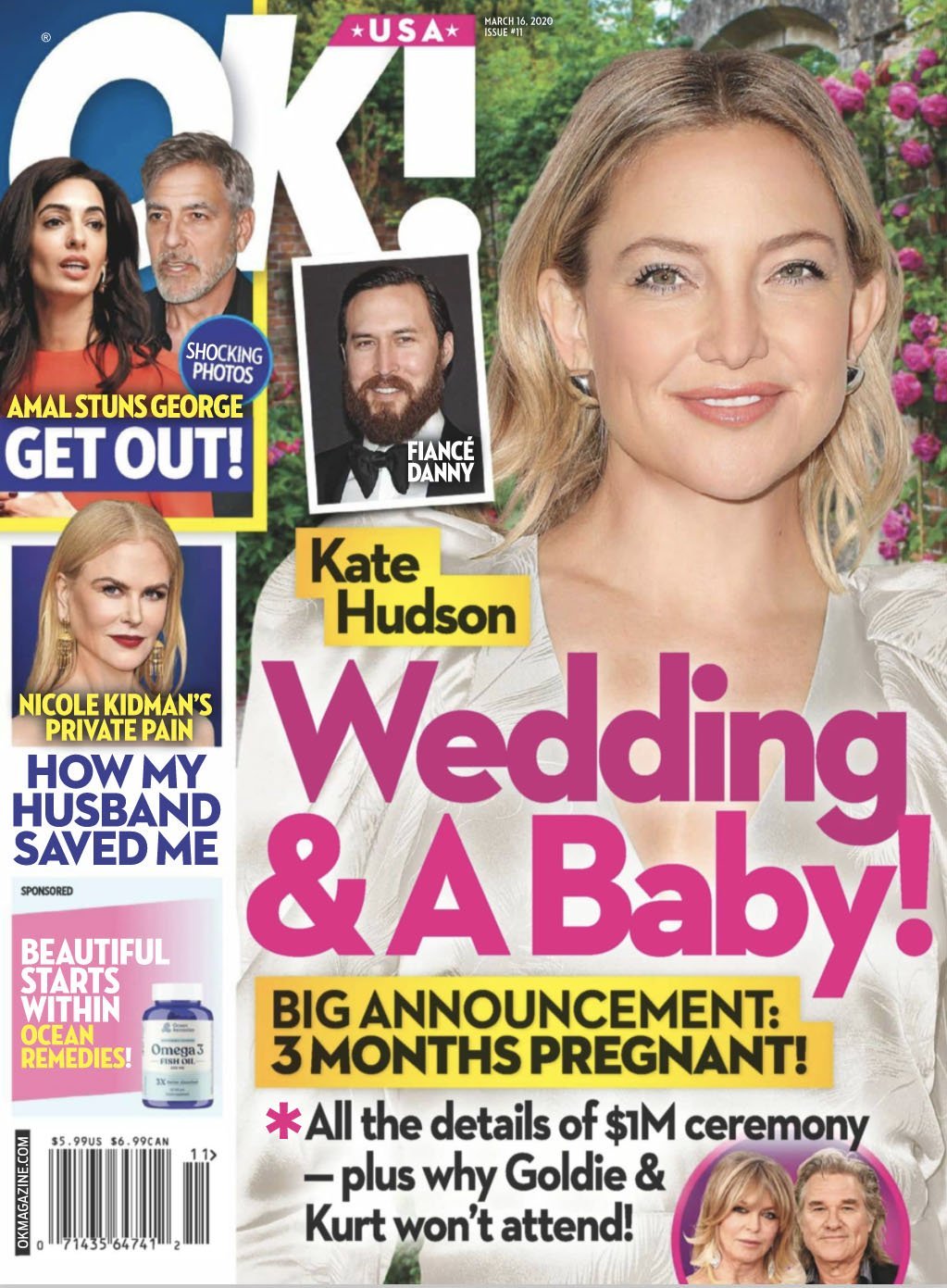 Kate Hudson is neither engaged nor pregnant, despite what one tabloid was claiming last month. The story was totally made up. Gossip Cop can correct the rumor.

An article published in OK! in early March reported that Hudson and her boyfriend, Danny Fujikawa, are engaged to be married and expecting a second child together. It seems the story was written in reaction to a recent interview the How to Lose a Guy in 10 Days star had given in which she said that she’d like to have more kids. A so-called “insider” then told the tabloid that Hudson is already “about three months along,” but “they’ve decided to keep it a secret from the public until Kate’s further along, but they’ve told their family and close friends” including Hudson’s parents, Goldie Hawn and Kurt Russell.

But that’s not all, the suspicious insider went on, explaining that Hudson and Fujikawa were also “engaged and getting married this spring.” Hawn and Russell were allegedly “blindsided” by the news, the source said, to the extend that they “let it be known that they won’t be attending the wedding.” That kind of seems like it’d be pretty upsetting news, but based on the questionable tipster’s testimony, Hudson apparently wasn’t too bothered by it. She was supposedly moving forward with planning the event, which the source said would be a “bohemian sunset wedding on the beach in Malibu.”

This story was immediately suspicious to Gossip Cop when it was first published – would Hawn and Russell really refuse to attend their daughter’s wedding? – but it’s even more obvious now how silly the claim was. It’s been two months since this story was published, and still, there has been no word of a pregnancy or any sign of a baby bump from Hudson. She also appeared for an interview alongside her brother Oliver on Watch What Happens Live with Andy Cohen, in which she was drinking wine throughout the interview. The tabloid article also mentions an engagement ring that Fujikawa supposedly had designed for Hudson, but nowhere in the many pictures of her on her Instagram account is she wearing it, nor was she wearing it in the interview with Cohen.

One thing we should note here is that OK! has a history of making up stories about Kate Hudson and her family. Back in April 2018, the tabloid claimed the actress was pregnant with twins, despite the fact that she had announced earlier that she was having just one baby girl. This January, the magazine wrote that Hudson and Hawn had spent their holiday vacation fighting with their respective partners. Gossip Cop debunked both these stories as clearly false, as well as a host of other bogus tales from various tabloids. It’s plain to see that these outlets see more profit in inventing drama about Hudson and her family than in actually reporting the truth.