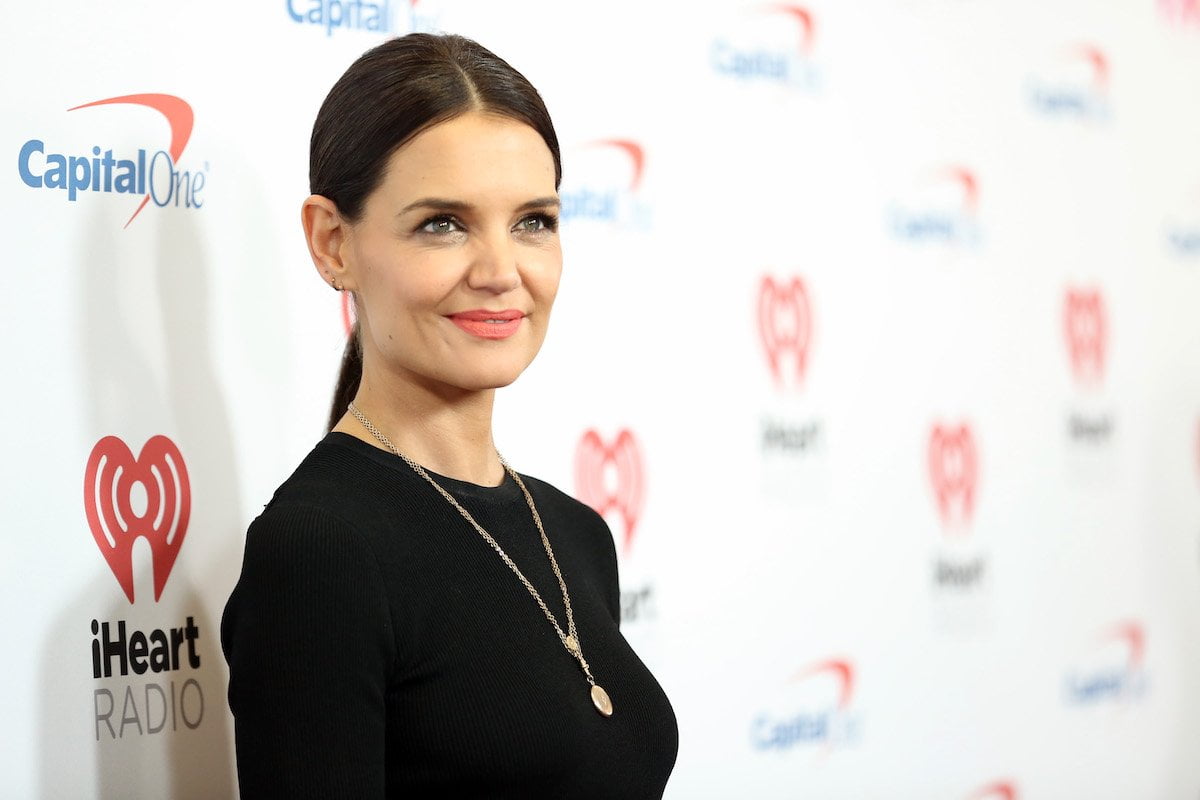 Is Katie Holmes grooming Suri Cruise for Hollywood? That’s what a recent story in a tabloid is claiming. Gossip Cop can set the record straight.

The National Enquirer is reporting that Holmes is prepping herself for a new role: Hollywood’s most “famous” stage mom. The tabloid asserts that Holmes believes her 14-year-old daughter, from her relationship with Tom Cruise, has the “DNA” and smarts to sour into stardom. “Suri has so much talent! She’s had offers coming in nonstop since she was around eight or nine,” a so-called insider says. Since Katie Holmes started acting at the age of 18, the outlet alleges she believes the “time is right” for her daughter to follow in her parents’ footsteps.

“Suri has already gotten acting training and Katie believes she’s shown an amazing aptitude for the craft. Katie just needs to manage Suri’s schedule around her schoolwork, but she believes her daughter is ready to make a splash right,” the supposed source adds. The outlet mentions how it’s been more than five years since Suri has been photographed with Tom Cruise, but the insider says Holmes doesn’t “need” or “want” Cruise’s help. The supposed tipster purports Holmes has “ditched” Cruise over his devotion to Scientology amid fears Suri would become “publicity chip” for the church.

“Katie has shielded Suri from the negativity her whole life and she wants her to make it her own,” the dubious source continues. The story ends with the tipster claiming, “acting is Suri’s blood and Katie is convinced she will be a smashing success!”

Despite what the outlet asserts, the story is completely fabricated. Katie Holmes is not looking to becoming a “famous stage mom” nor is she looking to make her daughter an actress. Gossip Cop spoke to a spokesperson for Holmes, who says the story is “laughable.” This wouldn’t be the first time the Enquirer was wrong about the Dawson’s Creek star.

Earlier this year, Gossip Cop debunked the phony tabloid for falsely claiming that Katie Holmes was “wasting away” following her split from Jamie Foxx. The outlet used baseless information from a so-called source who alleged the actress became increasingly frail and had self-esteem issues since her split from Foxx. In November 2019, we busted the magazine for insisting that Holmes was trash-talking about Jamie Foxx. The dubious publication incorrectly reported that Holmes “lets loose a string of curses and insults about him to anyone from the grocery clerk or a person sitting next to her on the subway.” Gossip Cop corrected the inaccurate stories at the time.