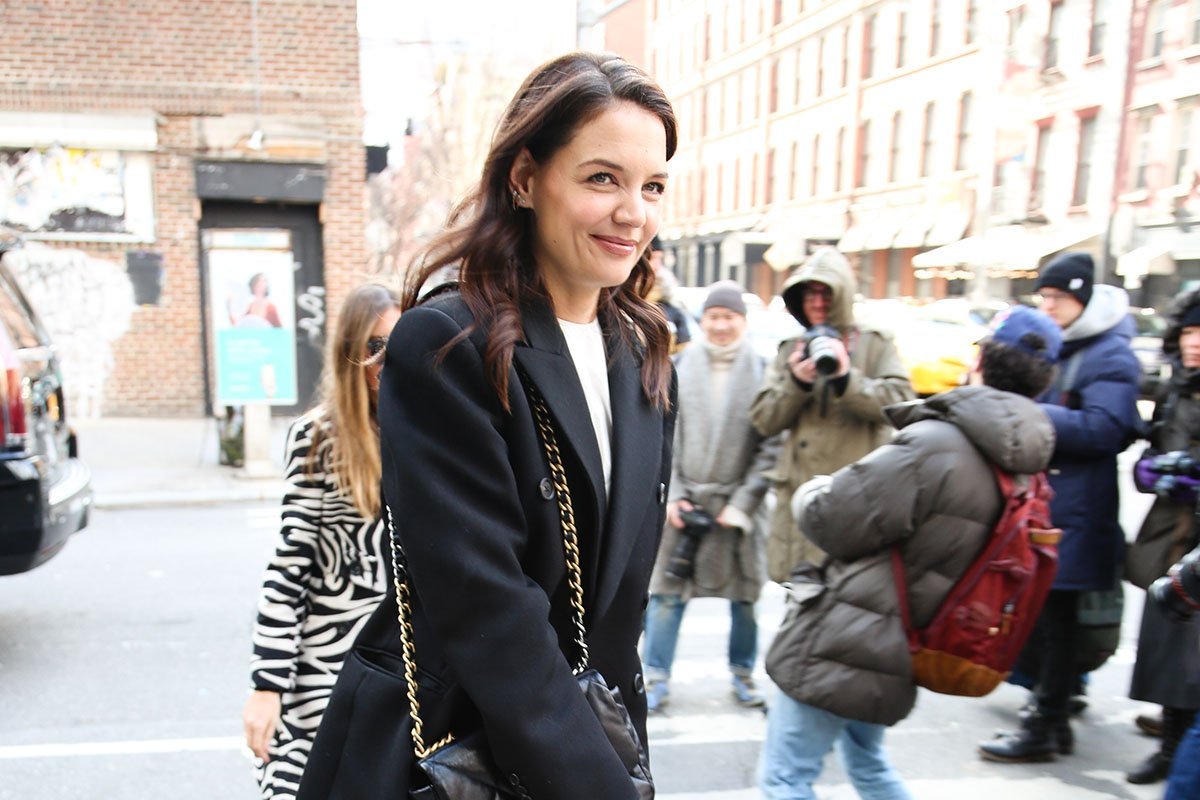 Are Katie Holmes and Suri Cruise leaving New York City for Los Angeles? A recent article in a tabloid claims the actress is abandoning the Big Apple for California. Gossip Cop can set the record straight.

According to OK!, the actress is supposedly yearning for a change of scenery. The tabloid alleges that after years of traveling between her home in New York and Los Angeles, the Batman Begins actress is regretting selling her Los Angeles home earlier this year. “Katie’s growing tired of New York, the city’s just so crowded,” a so-called insider tells the magazine. The publication asserts the actress and her daughter, Suri, left their NYC apartment at the end of March to spend lockdown at a rental property in California.

“Los Angeles has long been a second home for Suri, so she feels comfortable there too,” the dubious insider continues. The paper maintains that the actress’s daughter wouldn’t have a hard time adjusting to life in Los Angeles, but the supposed insider claims Holmes is “still reluctant” to pull her daughter out of her New York City school. The outlet claims that once Suri goes to college, Holmes will likely move out west. “Katie always strives to make the best decisions based on what she believes is best for her daughter. But she figures that once Suri’s an adult, she deserves to put herself first for a change,” the unnamed insider added.

The tabloid’s sister publication, Star, ran almost the exact same story. Star falsely claimed the actress was “thinking” about returning to the West Coast. Another unidentified source tells the tabloid, “Katie’s talked to Suri about making the move to Los Angeles,” adding, “she doesn’t see her self living the rest of her life in New York.”

Both stories are completely fabricated. For starters, Katie Holmes loves living in NYC. Gossip Cop has repeatedly debunked any idea that the actress is interested in moving. She even has New York’s area code “212” as part of her Instagram handle. To make sure, rather than rely on anonymous sources, we check in with Holmes’ rep, who is qualified to speak on her behalf who told us there was “no truth at all” to the stories.

These two tabloids don’t have the best track record when it comes to reporting on Holmes. Two months ago, Gossip Cop busted OK! for incorrectly stating Holmes’ friends thought she was dating Bradley Cooper. The dubious magazine alleged the actress was recently set up on a blind date and friends were putting their “bets” on Cooper. We doubted friends of the actress would be “betting” on who the actress’ was dating, so Gossip Cop reached out to her spokesperson who confirmed the article was indeed false.

Star is equally clueless about Katie Holmes’ private life. Late last year, the tabloid alleged her ex-husband, Tom Cruise, had asked her to spend the holidays with Suri. Tom and Suri have been estranged for years and that didn’t change around Christmas, as Gossip Cop reported at the time. It’s a reoccurring trope in the tabloid, that father and daughter will be reuniting at the holidays, but as of yet, it hasn’t happened.