Kurt Russell And Goldie Hawn Wedding A Called Off After Fight? 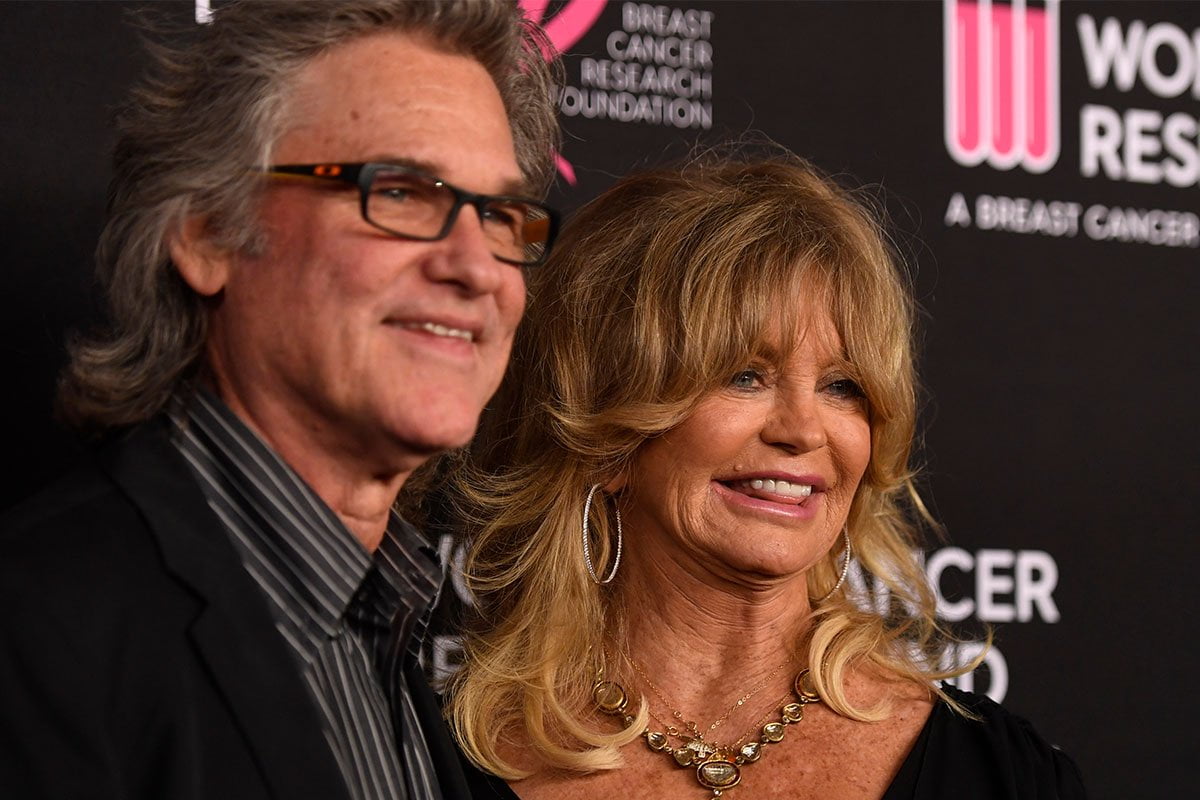 Longtime partners Kurt Russell and Goldie Hawn have not canceled their wedding, as one tabloid is alleging this week. The couple never plan to wed in the first place. Gossip Cop can explain.

Russell and Hawn are one of Hollywood’s most enduring couples. They’ve been together for 37 years and in all that time, they’ve never married. A rash of tabloid stories last month followed in a long tradition of phony reports in the gossip media predicting that this year would finally be the year they say “I do.” The tabloids have, of course, been wrongly guessing about Hawn and Russell getting hitched for almost as long as they’ve been together.

Tabloids love to write about Kurt Russell and Goldie Hawn

This week, one tabloid decided to use some paparazzi photos snapped of the couple taking a walk to claim they got into an argument and called off a supposed wedding. In the latest issue of the Globe, the unreliable outlet used a handful of photos that appeared to show Goldie Hawn and Kurt Russell arguing while on a walk in Los Angeles amid the coronavirus shutdown. There are a lot of problems with the story, so let’s get into it.

In the bogus article, the tabloid quotes a supposed “source” as saying of their wedding plans, “Ever since they decided to move ahead, they’ve been endless bickering over anything and everything.” This so-called insider goes on to make a number of wild accusations about the couple’s supposed wedding planning. “Goldie wanted to invite all their celeb pals, spiking the headcount to 300 at least, and Kurt just wanted it to be family and maybe a few close friends.”

But it gets even more specific

From there, the source’s details got even more specific, claiming, “Goldie wanted music from India, while Kurt was thinking Beach Boys. Goldie wanted to wear this beautiful white Grecian gown that would show off her tan, but Kurt said another color was appropriate, which earned him a lot of danger looks.” Was this “tattletale” in the room with the couple when Hawn was giving Russell these looks? How in the world would anyone know something that specific if not?

Still, the tabloid’s “source” prattles on, “Kurt thought pizza and beer would be great, while Goldie insisted on vegan.” Finally, according to the dubious outlet, it all exploded while the couple was taking a walk while the paparazzi photographed them. “Deep down, they love each other. When they aren’t driving each other crazy,” claims the so-called “insider.” While the tabloid is right about the fact that it does appear in the photos that the couple were having a disagreement in the pictures, everything else out this silly report is almost certainly completely made up.

Goldie Hawn and Kurt Russell aren’t fighting all the time

For starters, the photos in question were a simple moment in time. The couple has been spotted even more recently riding bikes together wearing big smiles and obviously enjoy each other’s company, so whatever the disagreement was, it was almost certainly something benign — the kind of argument all couples have.

Just last month, Goldie Hawn gushed over Kurt Russell in an interview with People magazine, saying, among other things, “The other night we were going to go have dinner. He looks at me and goes, ‘You’re unbelievable,’” continuing, “He said I cannot believe how [beautiful] you look.’ He really appreciates that.” In the same article, the Hawn’s daughter Kate Hudson, a source certainly closer to Hawn and Russell than the tabloid’s “insider” says, “Mom is kinetic and she is a butterfly. And Pa likes his family and his home. But when they’re together, it’s so powerful.”

And they were never planning to get married

Finally, and maybe most importantly, the couple was never planning to get married this summer. That narrative was completely invented by this and many other tabloids, including a story debunked by Gossip Cop last month. The couple has maintained that marriage is just not important to them and they don’t need a piece of paper and some rings to show their love for each other. The latest report seems to just be a neat and tidy way for the outlet to reverse its bogus prediction of a backyard wedding for the couple in 2020.

Gossip Cop explained that the vacation was with the whole family and in no way an attempt to “save” a relationship that didn’t need saving. The outlet seems to enjoy writing fairy tales about Goldie Hawn and Kurt Russell that ultimately have about as much imagination as a potato.

The post Kurt Russell And Goldie Hawn Wedding A Called Off After Fight? appeared first on Gossip Cop.