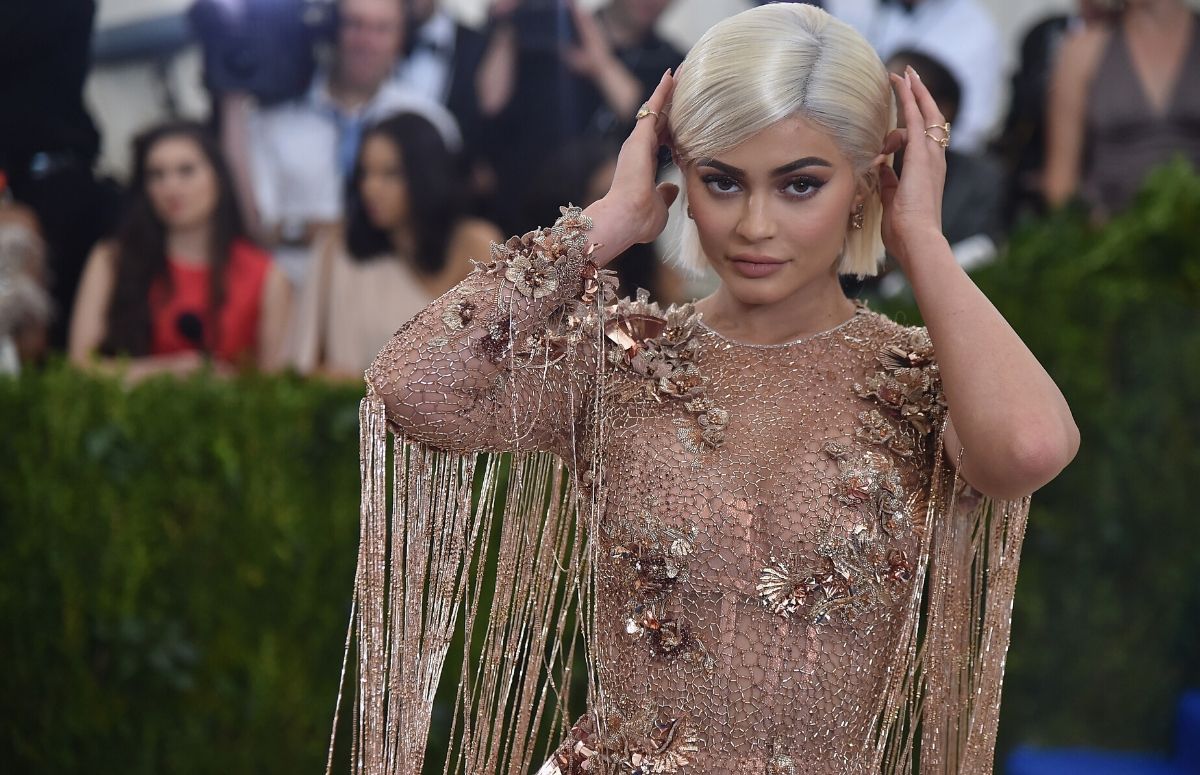 Is Kylie Jenner desperate to get back to the plastic surgeon after the coronavirus pandemic is over? That’s what one tabloid is reporting this week. Gossip Cop looked into the story and came to a different conclusion.

This week’s issue of NW claims quarantine has Jenner gaining weight and counting the days until her plastic surgeon takes her call. The reality TV star had reportedly finally achieved her ideal body and face through years of nips and tucks, but “the current global crisis is ruining all of her, ahem, surgeon’s hard work, and now she looks unrecognizable,” the outlet proclaims. A recent candid of the beauty mogul, taken while she was out visiting her friend, was provided as proof of the change in her looks. Jenner appeared make-up free and was wearing a set of tie-dye sweatpants with her hair pulled back in a bun.

A supposed “onlooker” tells the publication, “It’s like her whole face has been deflated. Her hair is all greasy and unkempt too. I’m surprised she left the house at all looking like that with her face all saggy,” before adding, “She’d hate for her loyal make-up brand followers to see her now!” As an extra dig at the youngest of the Kardashian/Jenner clan, the dubious “onlooker” concluded, “To put it bluntly, she’s gained weight.”

As a result of the supposed shock at her appearance, Jenner is reportedly “terrified” of being seen again before she gets a chance to book a visit with her plastic surgeon. “Kylie’s making a list of what she plans to get done when all this [is] over and a full face tightening is at the top,” tattled an alleged insider. “She’ll likely get the whole kit and caboodle once her doctor starts taking her calls again. And knowing Kylie, she’ll be looking to get a whole lot of lips thrown in.” The situation is turning into a “beauty emergency” in Jenner’s mind, the outlet asserts.

In the meantime, the shady source claims the only thing that makes Jenner feel better is “posting pics of herself from a hotter time. Obviously, not a single word of this story could be trusted. Gossip Cop looked into the story and found that the tabloid was reaching at best. If Jenner was so terrified of the public’s reaction to her so-called change in appearance, why’d she bother going out in the first place?

Jenner’s face is not deflated. The Keeping Up With The Kardashian star simply wasn’t wearing make-up. Jenner and her older sisters are fairly famous for using the contouring technique to shade and highlight different features on their faces, which can lead to some fairly dramatic before and after photos. Jenner and her sisters also wear wigs often, with Kylie being especially known for her frequently changing locks. The candid photo appears to show her wearing her natural hair.

The photos are grainy, but Jenner’s hair does appear a little messy, which is acceptable when making a casual visit to friends. The reality star isn’t even wearing any shoes, which just proves that this was not a visit Jenner bothered to get glammed up for. The sweatpants and shirt make it impossible to tell what Jenner’s body looks like, so it’s fair to say there’s slim evidence she’s gained weight.

As for the allegations that Kylie Jenner is waiting on pins and needles to see her plastic surgeon, the outlet foolishly relies on the word of an anonymous “insider.” There’s no solid evidence that this is the case, especially since it’s clear that her face isn’t “deflating” without her surgeon’s attention. Gossip Cop deems this story false.

NW has a bad reputation for getting the story wrong when it comes to Jenner. Earlier this year, the disreputable publication claimed Jenner was pregnant with triplets. Gossip Cop proved that this was obviously not the case. Months before that, the tabloid claimed Jenner was planning to have a “revenge baby” with ex Tyga to get back at Travis Scott. This story also proved to be easily debunked by Gossip Cop.