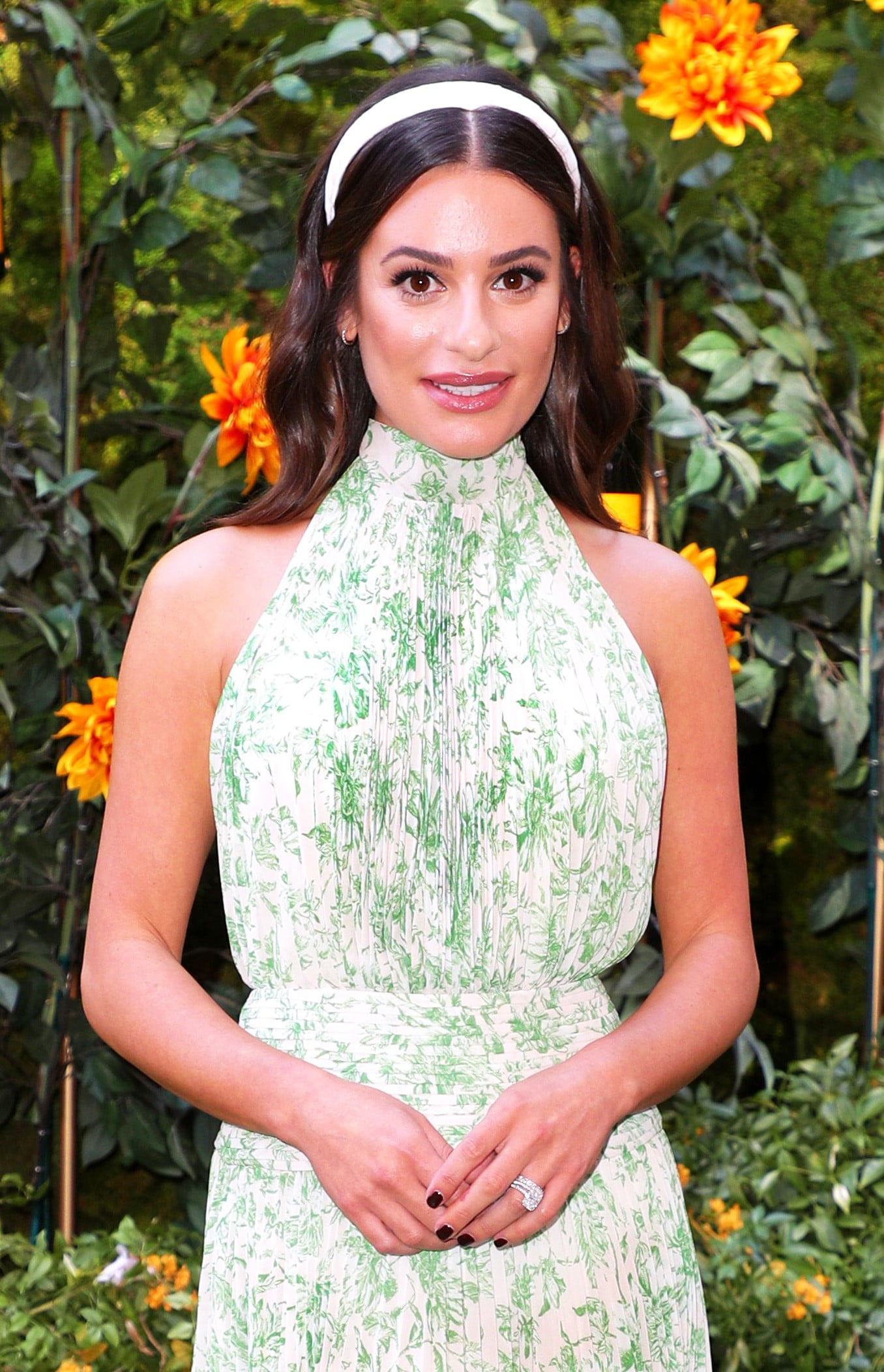 Lea Michele confirmed that she’s pregnant with her first child with husband Zandy Reich, sharing a sweet photo of her baby bump on Saturday, May 2.

Celebrity Pregnancy Announcements of 2020: See Which Stars Are Expecting

“So grateful,” the Glee alum, 33, captioned a photo on Instagram that showed her looking down with a smile as she cradled her growing belly while wearing a blue floral dress.

“Aww congrats!” her former costar Naya Rivera commented on the post. “I love this. You’re going to be a great mommy!”

Her congratulations prompted comments from Gleeks who speculated about the status of the pair’s turbulent relationship. Rivera, who played cheerleader Santana Lopez, famously wrote in her 2016 memoir, Sorry Not Sorry: Dreams, Mistakes and Growing Up, that she and Michele, who portrayed Rachel Berry, butted heads on the set of the Fox hit.

“We are both strong willed and competitive — not just with each other but with everyone — and that’s not a good mixture,” she wrote. “As Santana moved from a background character to one with bigger plot lines and more screen time. I think Rachel — erm, I mean Lea — didn’t like sharing the spotlight.”

“If I’d complained about anyone or anything, she’d assumed I was bitching about her. Soon, she started to ignore me, and eventually it got to the point where she didn’t say a word to me for all of season 6,” Rivera, 33, revealed. (Last year, the actress said on Watch What Happens Live With Andy Cohen that there was no “beef” between them.)

Us Weekly confirmed on Monday, April 27, that Michele and Reich were expecting just a year after tying the knot.

Lea Michele Soaks Up the Sun on Honeymoon With Husband Zandy Reich: See the Pics!

“They’ve always wanted to be parents,” a source told Us of the actress and her entrepreneur husband, 37.

The pair tied the knot in Napa, California, in March 2019 in a ceremony officiated by Glee creator Ryan Murphy and attended by Michele’s former costars Becca Tobin, Darren Criss and Jonathan Groff.

“I get to be married to my best friend, which is the greatest thing in the entire world,” she told Us exclusively last July. “At this point in my life, I feel the most grounded — and happiest — I ever have.”