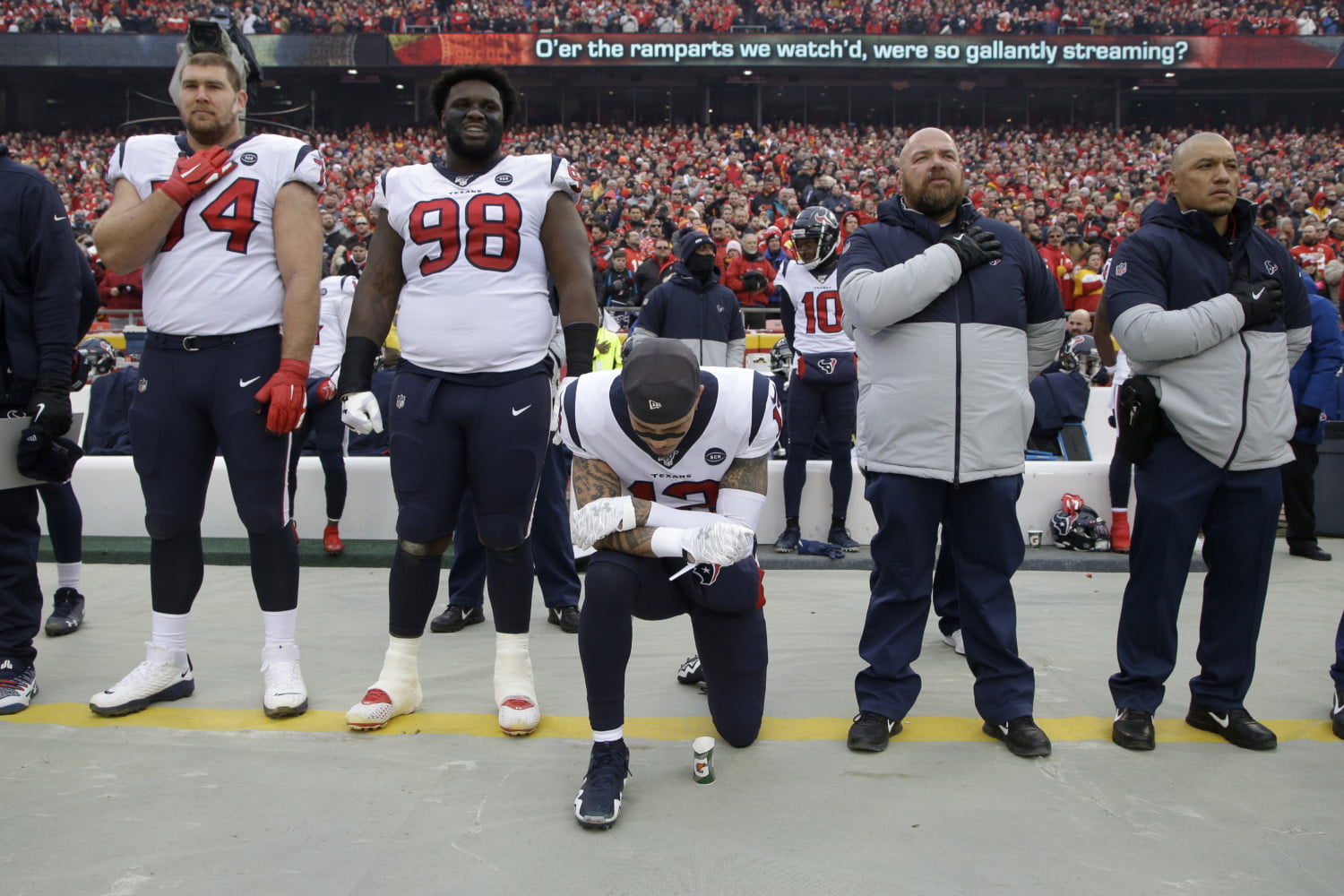 In just a few years, Americans have shifted toward more support of athletes taking a political stand.

That’s according to a recent poll by The Washington Post. The Sept. 1-6 phone survey of 1,001 Americans showed that 62% think professional athletes should “use their platform to express their views on national issues” compared to 38% who think they should not.

Compare that to a February 2018 survey asking a very similar question which showed only 47% of those surveyed thought athletes should use their fame to support social issues and 42% saying they shouldn’t. Another 11% had no opinion.

Six in 10 people also believe police brutality is a widespread issue compared to isolated incidents, according to the Post poll.

A Pew Research study from late 2019 similarly found that 62% of people approved athletes speaking out on politics, but also pointed out that acceptance varies widely by age and ethnicity, with younger subjects, racial minorities, and Democrats more likely to say that athlete political expression is acceptable.

Those trends hold true with the Washington Post survey as well. However, the new poll results also showed that opposition to athletes speaking out has fallen among Republicans (from 88% in 2018 to 63%) and independents (from 57% to 54%).

This shift in opinion seems to be timed along with nationwide protests starting in spring 2020 and focusing on racially connected cases of police brutality or injustice which have recently happened or come to light.

Former San Francisco 49ers football player Colin Kaepernick launched the conversation about taking a knee as a protest against police brutality and nationwide racism back in 2016. He received criticism inside and outside of the NFL. Other NFL players and professional athletes adopted the form of protest.

Kaepernick and “Selma” director Ava DuVernay are collaborating on a Netflix series about his life. Kaepernick has also signed a deal with Disney to create social justice-focused projects.

The first weekend of professional football opened to mostly empty stands due to the coronavirus outbreak. Many NFL teams opted out of being on the field for the singing of the national anthem. Others kneeled, linked arms and raised fists during it. An additional song, “Lift Every Voice and Sing,” was also played at many of the games. This year, NFL players will also be allowed to wear social justice stickers on their helmets.