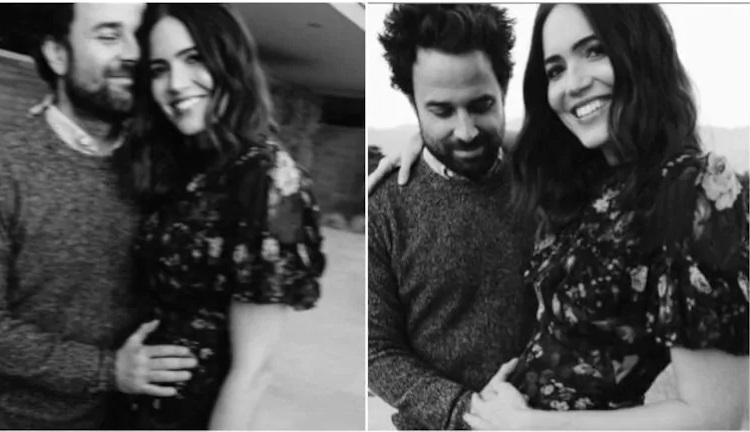 Mandy Moore has announced that she is expecting her first child. The singer and “This is Us” star took to social media to share the happy news, posting black-and-white maternity images of herself and husband Taylor Goldsmith.

This is Moore and Goldsmiths’s first child together. The pair wed in 2018 in their backyard in Pasadena, California.

Moore has talked about motherhood before, saying in interviews that she “definitely” wants to become a mother, and that her experience playing a mom in “This is Us” gave her a deeper appreciation of how difficult and meaningful motherhood is.

In a 2017 interview with Parents, Moore talked about her character Rebecca (who is the mother of triplets) and how she struggles to raise her family without much hands-on assistance from her husband Jack (played by Milo Ventimiglia).

“I have unending respect for mothers in general but mothers of multiples specifically,” Moore told Parents. “I don’t know how women do it.”

Recently, Moore retweeted a behind-the-scenes image from “This Is Us” featuring Ventimiglia and a pregnant-looking Moore (though, of course, Moore’s real-life belly isn’t quite so big just yet).

Moore was previously married to Ryan Adams, but the couple split in 2015 after six years of marriage. Moore has openly discussed how painful and abusive the marriage was, explaining that she lost her independence and her ability to continue her music career.

Her latest album, “Silver Landings,” is her first album release in over 10 years, and she worked on it in part with Goldsmith.

Goldsmith, who is the lead singer of folk-rock band Dawes, first met Moore over Instagram, of all places. Moore had posted an image of Dawes’s album “All Your Favorite Bands” on her Instagram page, declaring herself a fan. Shortly thereafter Goldsmith reached out to her, and the rest is happily ever after.

The musicians/lovebirds have also worked together on music for Moore’s hit show “This is Us.” They collaborated on “Invisible Ink,” an original song used in the episode “Sometimes” in season three. Moore’s character performs the song for Jack (Ventimiglia) in a moving a cappella performance.

Congratulations to Moore on her new role as a real-life mom!