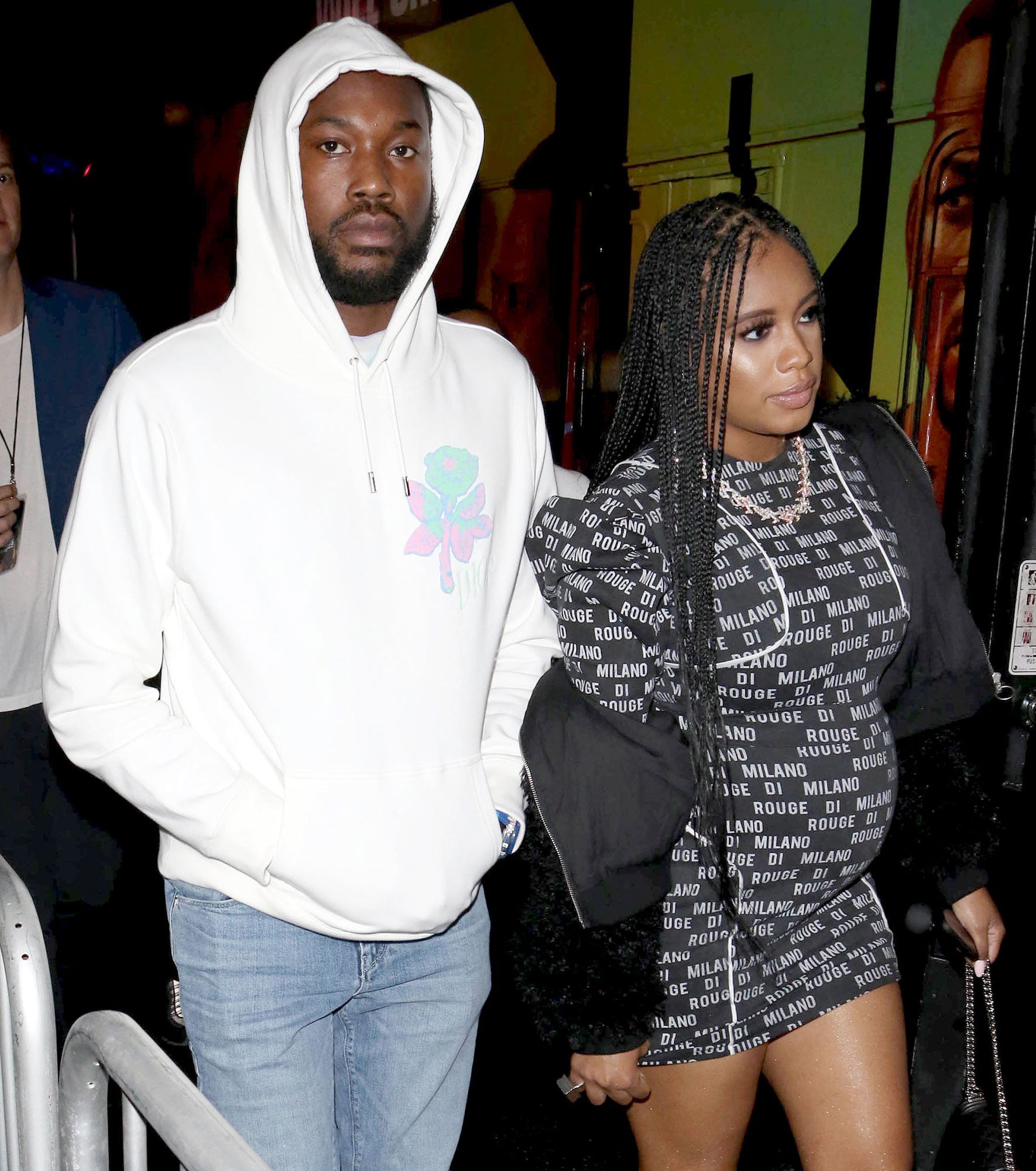 Milan Harris is a mom! The fashion designer gave birth to her and Meek Mill’s first child together on Wednesday, May 6.

“Milano dropped me off a king on my birthday! #thebestgift,” the rapper tweeted on Wednesday — which happened to be his 33rd birthday.

The Milano Di Rouge creator, 30, announced in December 2019 that she was pregnant, captioning an Instagram video: “For the first 3.5 months I’ve been super sick and unable to work and move like I use to do. The moment I started feeling even a little better & had more energy I wanted to do my annual fashion show because I pushed it back 2x already this year. I’m a creative, so I didn’t want to announce my pregnancy to the world or even to my family with just a photo of my baby bump.”

The Philadelphia native went on to write, “I wanted to create a moment that I could cherish and remember forever. We planned this show in 6 weeks and I have to say this was the hardest show we’ve planned to date but all in all, I’m so happy with the turnout.”

As for the rapper, 32, Mill confirmed the news in February 2020 while feuding with his ex Nicki Minaj on Twitter.

“My girl is with me pregnant watching me tweet about my ex is very clownish,” the Grammy nominee, who welcomed sons Murad and Rihmeek in previous relationships, wrote in a since-deleted tweet at the time.

In October 2019, Harris denied rumors that she was dating Mill during a Boom 109.3 interview, calling him her “homie.” She said, “To be honest, Meek was the first celebrity to ever wear my stuff. In 2012 he wore one of my hoodies. And it was an $80 hoodie at the time and that’s literally when I started. … Meek supports Milano and I support Meek. That’s my friend.”

The “Going Bad” rapper started dating Minaj, 37, in 2015. The New York native announced their breakup in January 2017 with a tweet. “To confirm, yes I am single. Focusing on my work & looking forward to sharing it with you guys really soon,” Minaj wrote at the time. “Have a blessed New Year. Love u.”