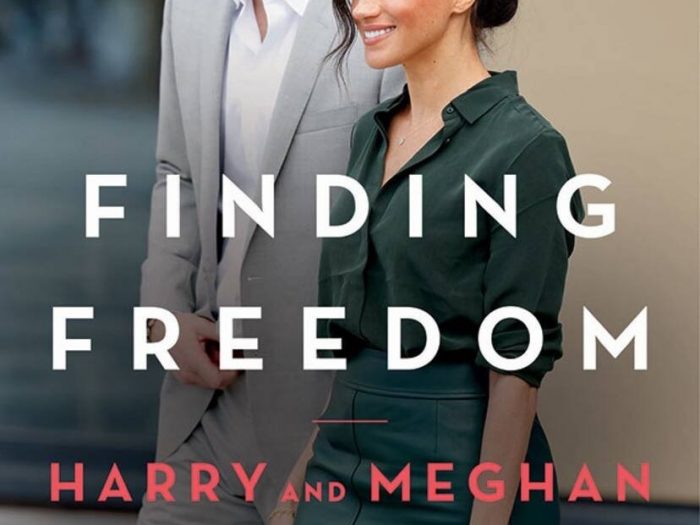 For anyone who, like us, has long been invested in the lives of Meghan Markle and Prince Harry, we have some good news. The pair has reportedly been working with writers on a biography, according to Deadline. The book, written by royal journalists Omid Scobie and Carolyn Durand is called Finding Freedom: Harry and Meghan and the Making of a Modern Royal Family—and it’s set to be released on August 11th of this year.

The description promises that the book will go “beyond the headlines to reveal unknown details of Harry and Meghan’s life together.”

It goes on to emphasize the inside perspective that the writers have had over the years, allowing them to write the couple’s story authentically.

“With unique access and written with the participation of those closest to the couple, Finding Freedom is an honest, up-close, and disarming portrait of a confident, influential, and forward-thinking couple who are unafraid to break with tradition, determined to create a new path away from the spotlight, and dedicated to building a humanitarian legacy that will make a profound difference in the world,” the description reads.

Deadline reports that Harry and Meghan gave an interview to the book’s authors before moving from the U.K. to Canada (and now Los Angeles). However, representatives of the Sussexes are denying they spoke with the authors or sat for any interviews.

The authors have stressed that their primary intentions are to share the true story of Markle and Harry.

“The aim of this book is to portray the real Harry and Meghan, a couple who continue to inspire many around the world through their humanitarian and charitable work but are often inaccurately portrayed,” Scobie and Durand said in a press release according to Cosmopolitan.

The authors continued: “Our mission has been motivated by a desire to tell an accurate version of their journey and finally present the truth of misreported stories that have become gospel simply because of the amount of times they have been repeated. It is thanks to our sources that we have been able to share the definitive story of the Duke and Duchess of Sussex.”

The book is available for preorder on Barnes & Noble now. You can also support your local bookstore by shopping on IndieBound. With a release in August, it’s timed perfectly to cap off our summer reading season.

The post Meghan Markle and Prince Harry are reportedly working with writers for a tell-all biography appeared first on HelloGiggles.