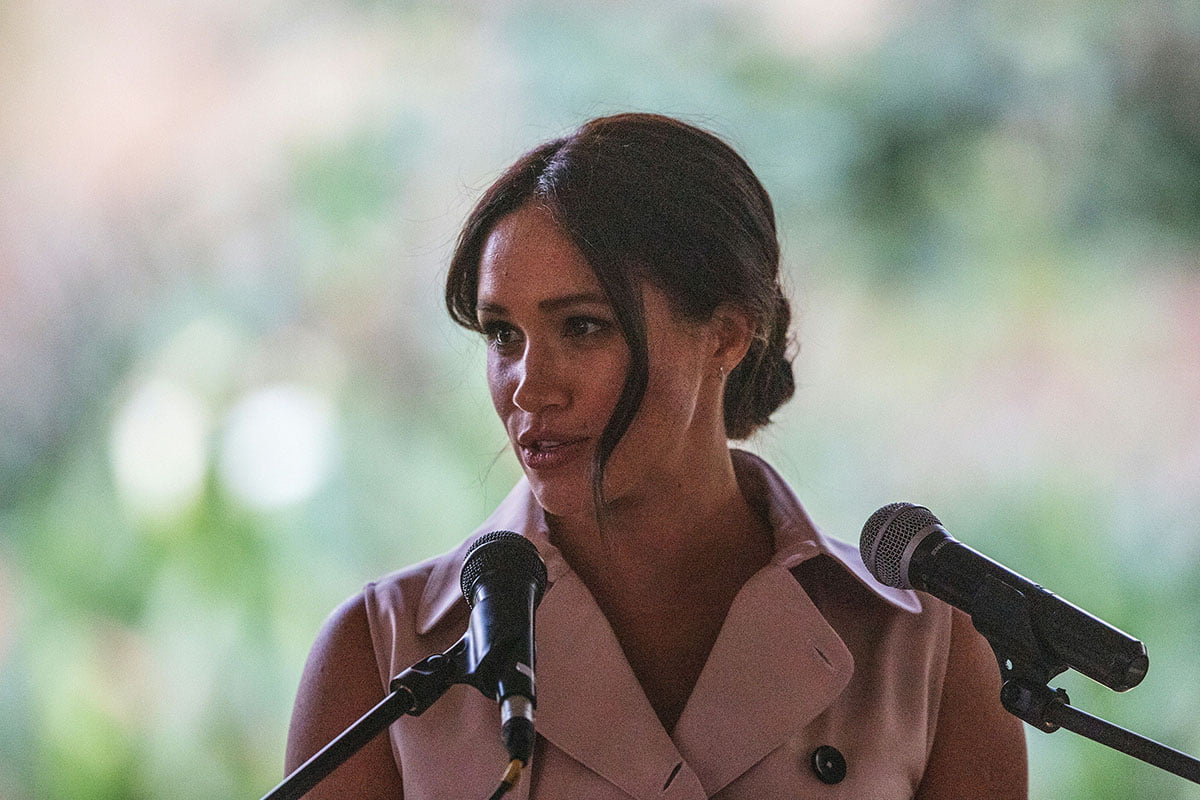 Meghan Markle is not planning a presidential one, despite one ridiculous tabloid article this week. The story is totally false. Gossip Cop can debunk it.

According to a shady, suspicious “source,” Markle and her husband Prince Harry are “cooking up something big” for their professional lives. “Meghan’s always had political designs, and there are whispers she’s thinking of running as a Democratic candidate for the 2024 presidential election,” says the questionable tipster. “It might seem a while away, but now is the time to prepare, which might explain why they have rushed into moving to Los Angeles.”

Markle allegedly had political motivations to choose LA, where she could “be surrounded by advisers like Oprah and George [Clooney].” “Sure, a duchess going for Commander-in-Chief sounds weird,” the tipster continues, “but is it any weirder than a reality TV show contestant like Donald Trump being president?”

The Truth About Meghan Markle Running For President

This story is truly absurd. First of all, it was widely reported that the reason Meghan Markle and her family moved to the U.S. was to get away from the vicious scrutiny and rumor-mongering of the tabloid industry. It wasn’t about positioning herself near other politically active celebrities. Two years ago, The Daily Mail published a similar report about Markle supposedly having White House ambitions, a story which Kensington Palace shut down as “fictitious.”

Furthermore, it’s odd that Markle would be seeking the advice of Clooney or Winfrey as opposed to, you know, a campaign advisor or someone actually involved in politics. In fact, if Markle did indeed seek help from Clooney he would probably discourage her from running. He’s stated in various interviews  that he “[doesn’t] think actors should be president” and that it would be better to have “someone who knows how to make policy” running the country.

We’ve Seen These Types Of Rumors Before

Gossip Cop has actually shut down multiple rumors from this same tabloid about Clooney supposedly running for president, also based on the logic that if Trump can run for office, anyone can. Oprah Winfrey has been equally clear that she’s not getting involved in politics, having said that she “could not exist” in the world of politics. Maybe these friends aren’t the ones Meghan Markle should be talking to if she’s really considering a presidential run – which, again, she’s not.

It would appear that Woman’s Day is particularly fond of inventing absurd stories about the Duchess of Sussex. Last month, the magazine falsely alleged that Markle had banned her mother from seeing her son Archie. Gossip Cop dismissed that phony claim.

Yesterday was also Archie’s first birthday, and it seems like Woman’s Day was keen to cash in on the hype surrounding the young royal. Gossip Cop also debunked a claim this week from the same tabloid that Markle had “snapped” at the fact that her family was not getting enough attention on the big day. Of course, that issue had been published three days before Archie’s birthday, but it wouldn’t be the first time the magazine eschewed facts in favor of drama.