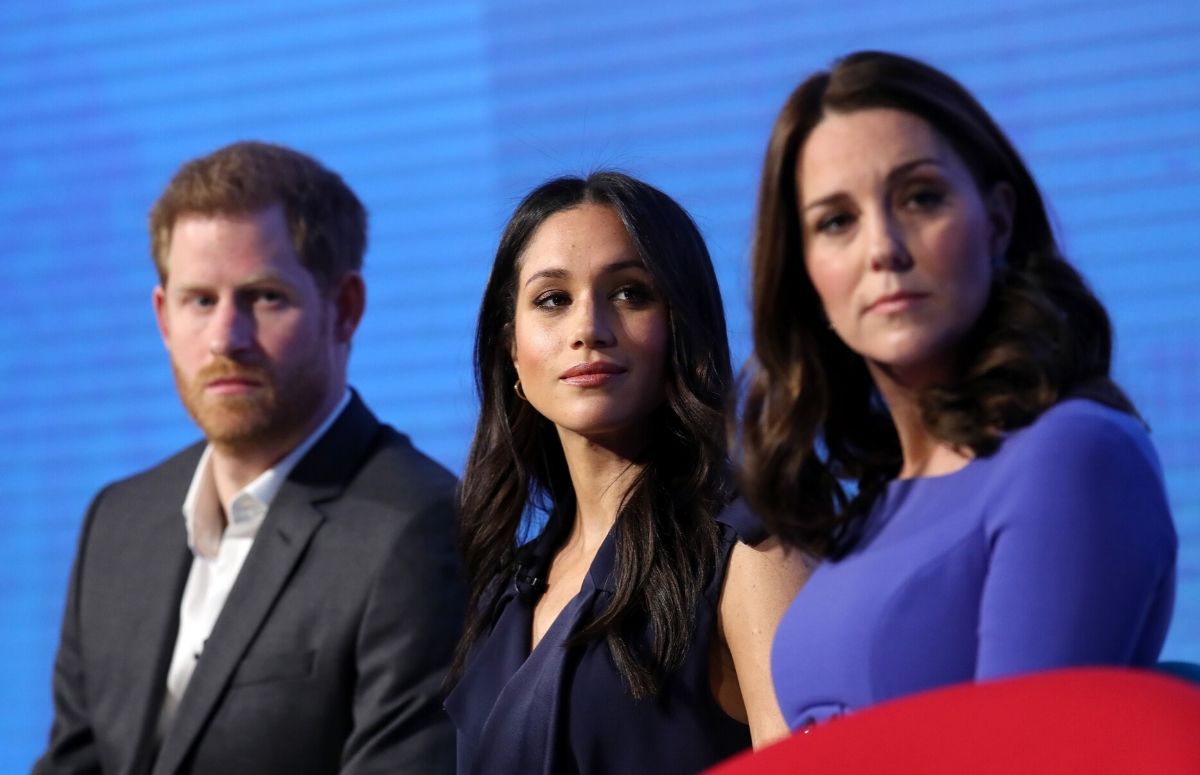 Did Meghan Markle and Prince Harry leave the royal family because the Duchess of Sussex couldn’t stand living in Kate Middleton’s shadow? That the outrageous claim one celebrity gossip site espoused. Gossip Cop dug into the claim and came to our own conclusions.

Celeb Dirty Laundry reported that Markle decided to make her “Megxit” from the royal family because she took issue with living in Middleton’s shadow. The disreputable site took their cue from “Vanity Fair’s royals watcher” Victoria Mather, who appeared on MSNBC Live to discuss Meghan Markle during an interview. During that interview, Mather indulged herself in the speculation that Markle didn’t want to “spend the rest of her life looking at Kate Middleton’s back as she sat in the second row to the future queen.”

The so-called “royals watcher” stated, “Don’t forget Prince Harry is — you know, has always been the spare to the heir…I don’t think she wanted — she didn’t want to be second best. And I don’t think she got that that was what — that is what the fusty-dusty protocol of the royal family consists of,” adding,” It is a matter of precedence.”

Mathers was clearly speaking from a place of bias, since it was embarrassingly clear that the woman had no love for Prince Harry’s American wife. To further her point about Markle’s supposedly villainous nature, Mather added, “I do hear that she gave Kate a knife for Christmas,” laughing as she continued, “Which is quite something, isn’t it?”

This unverified rumor was so egregious, the MSNBC reporter conducting the interview, Lindsey Reiser, made it a point to say the network had not confirmed “what [Mather] had mentioned about knife gifting” after she ended the interview abruptly. That hasty ending came as a result of Mathers calling Markle “only five clicks up from trailer trash,” which caused a wave of backlash to erupt against the controversial statement.

Gossip Cop looked into the story and found several red flags that caused us to doubt this tale. We looked into Mather’s background and discovered that she’d never professionally held the title of “royals watcher,” though she allowed Reiser to refer to her as such during their discussion. She did work for Vanity Fair at one point, but a spokesperson for the publication’s parent company informed Buzzfeed News that she had not worked there since 2018. And when she did work there, she worked as a travel editor.

Now she works for Air Mail, a digital news site, formed in 2019 by former Vanity Fair editor-in-chief Graydon Carter. On that site, Mathers is listed as the chief travel editor. Though she’s written on the royal family before, where she also described Markle as “trailer trash,” it’s clear that she is by no means a “royals watcher” who would theoretically have sources within the palace for her information. Instead, it seems like she’s just a person with no special insight into these matters who used a national platform to voice her bitter grievances against the Duchess of Sussex.

Though Celeb Dirty Laundry claimed Prince Harry and Meghan Markle gave vague reasoning for their departure from the royal family, which is why the outlet excuses people for coming up with their own theories about why they’d left. In reality, the royal couple gave several clues as to why they’d made this decision. In their initial announcement of their decision to take a step back as senior members of the royal family, they stated that their goal was to “work to become financially independent,” though they’d continue to “fully support Her Majesty The Queen.”

If there was anyone responsible for this decision, it was the judgemental media and commentators like Mathers herself. The constant barrage of negative press aimed at Markle covered her supposed royal faux pas as well as unverified rumors of tensions between her and her royal in-laws. This outlet ought to know since it’s spread its fair share of rumors about the Markle, which is why we rated this story false.

Gossip Cop busted the shady site twice before for their reporting on Markle and her relationship with sister-in-law Middleton. In one article, the site claimed the friendship between the two royal sisters-in-law was “exaggerated.” Another article questioned whether Middleton and Markle could “get along.” Both of these stories were proven false. All this site can do is wildly speculate about royal affairs, since they have no actual insight.