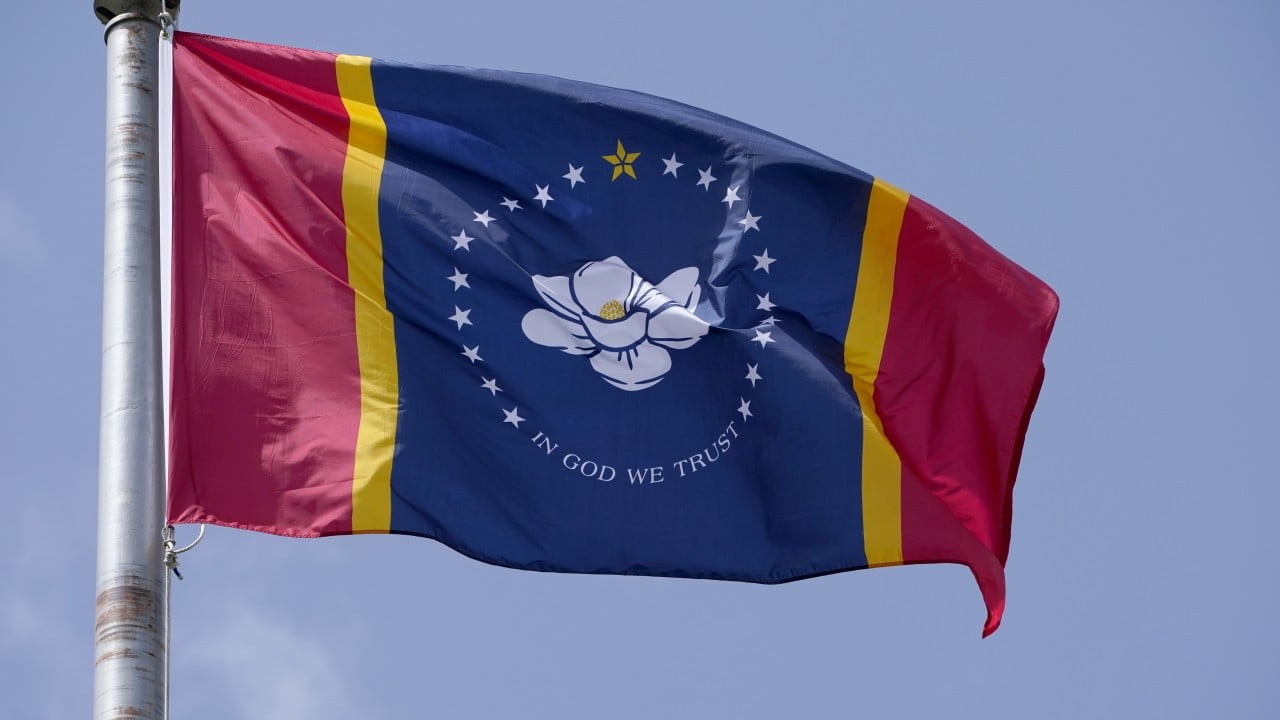 Mississippi Has Unveiled The Design Of Its New State Flag

Mississippi’s flag committee has chosen the final design for voters to decide on a new state flag.

On Sept. 2, the committee chose the “New Magnolia Flag” after narrowing down nearly 3,000 public submissions. It features the state flower, a magnolia, on a dark blue background with red bars on either side. The magnolia is surrounded by white stars to represent Mississippi becoming the 20th state and one yellow star, to represent the Native Americans who lived on the land before anyone else. It also features the phrase, “In God We Trust.”

In June, state legislators voted to retire Mississippi’s flag, which featured the Confederate battle emblem, amid widespread protests over racial injustice. The flag had been divisive for decades in a state with a 38% Black population.

Mississippi’s Department of Archives and History said the new design represents hope, hospitality and “the forward progression of Mississippi.”

The flag commission chairman said, “We’ll send a message that we live in the future and not in the past.”

Voters will have the choice to accept or reject “The New Magnolia” flag design on November’s ballot. If voters accept the design, it will become the new state flag. If they reject it, the design process will start all over.

Mississippi Has Unveiled The Design Of Its New State Flag