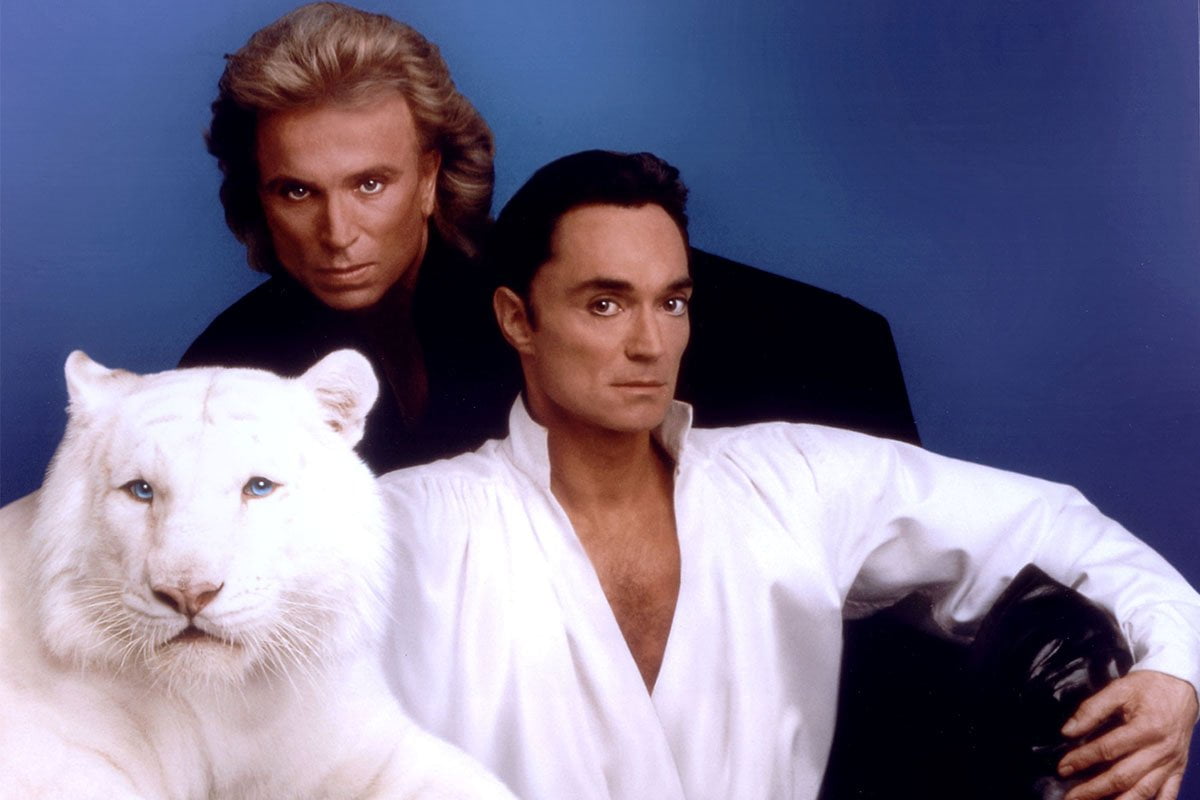 The National Enquirer should be embarrassed and ashamed for its horrendous “reporting” this week. The tabloid ran a story on page 15 of its paper dated May 25th, 2020 stating Roy Horn of the legendary Siegfried & Roy was miraculously recovering from Covid-19. The story is not only false, it’s reprehensible.

Horn tragically passed away last week after contracting Covid-19. The Las Vegas legend faced a lot of hardships late in life after his infamous on-stage incident when he was attacked by one of the duo’s famous white tigers during a show in 2003. The duo has been mostly retired ever since, with their tigers living in a sanctuary in Las Vegas, where the entertainers also live.

By far the worst hardship came tragically this year. Horn announced via his publicist on April 28th that he had contracted Covid-19 and less than two weeks later, after a brief hospitalization, the magician succumbed to the illness and died on May 8th at age 75. Unfortunately for the National Enquirer, it’s reporting on Horn has been shameful.

The National Enquirer Must Have Missed The News

An article with the subheadline, “Miracle Recovery From Covid Deathbed!” appears in its latest issue. In the article, The often-discredited outlet quotes a so-called “source” as saying, “He’s been making improvements almost daily!” The disgraceful magazine claims that the magician’s health improved after being treated with the drug remdesivir, stating, that “insiders exclusively reported he has had an incredible bounce-back.”

Usually when we report on the poor reporting standards of the tabloids, it’s focused on silly things, like this particular publication’s phony story about Matthew McConaughey become the next host of Jeopardy. But the Enquirer also has a darker side Gossip Cop reports on, like its weird obsession with (wrongly) predicting Queen Elizabeth’s death. But we’ve never reported on the tabloid being this embarrassingly, outrageously, and insultingly false before.

The Tabloid Has No Excuse

This publication hit newsstands in New York and LA on Wednesday, May 13th, a full five days after the performer succumb to the terrible disease. We know that the National Enquirer often invents stories out of thin air, but why it didn’t make sure this fake story was pulled from the publication is a mystery even to us at Gossip Cop. While we often take glee at correcting the paper’s phony reporting, this sad story brings us none. It’s not just sloppy reporting, it is despicable.

The newspaper should be ashamed and embarrassed, yet as of this writing, the outlet hasn’t made a correction or apologized for its shoddy reporting. Not on its website, its Twitter feed, or anywhere else in the press. Frankly, we’re not holding our breath that it will either. When the tabloid predicts wrongly predicts death, as it often does at well, it’s always silent when the prediction is predictably wrong.