‘National Treasure’ TV Series Is In The Works At Disney+ 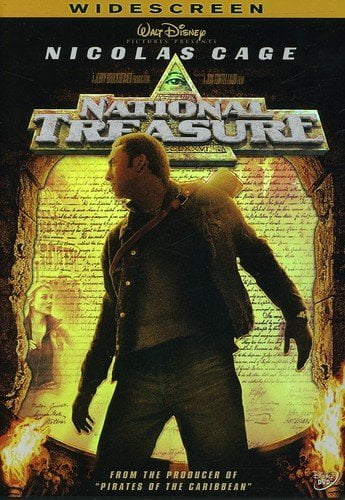 Fans of the “National Treasure,” here’s another clue about where you might see possible future installments of the popular movie series: a new television series is being developed by Disney+!

The movie series featuring the adventures of historian and treasure-hunter Benjamin Franklin Gates, played by Nicolas Cage, got its start in 2004 with the release of the original movie. The sequel “National Treasure: Book of Secrets” came out in 2007. Since then, the trail to new chapters of the story has gone cold for fans. Until now, that is.

In an interview with Collider, the series’ producer, Jerry Bruckheimer, talked about the possibility of a new series coming to the streaming service. According to Bruckheimer, the television series is in development right now, along with a third feature film.

Would Cage come to the television series? It sounds like that’s a firm “no.” “The one for Disney+ is a much younger cast,” the producer told Collider. “It’s the same concept but a young cast.” But for the third feature film, the cast would return, he said.

Bruckheimer also said the pilot script for the new TV streaming series is already written, as well as an outline of the future episodes. “The film version is being written right now,” he said.

But, if this series will have a younger cast, what does that mean for fans of the great Ben Gates and his team of treasure hunters? Will these stories follow Dr. Gates in his younger days? We’ll have to wait to find out — and with no timeline set on a release for the series or the film sequel, it could be a while.

Cage recently landed a role in another TV series — a scripted version of “Tiger King.” Imagine Television Studios and CBS Television Studios decided to produce an eight-episode series centering on “Tiger King” Joe Exotic, who was the focus of the recent blockbuster Netflix documentary series, and Cage will star as Joe Exotic himself. If the series gets picked up, it will be the first regular TV role for the Oscar-winning actor.