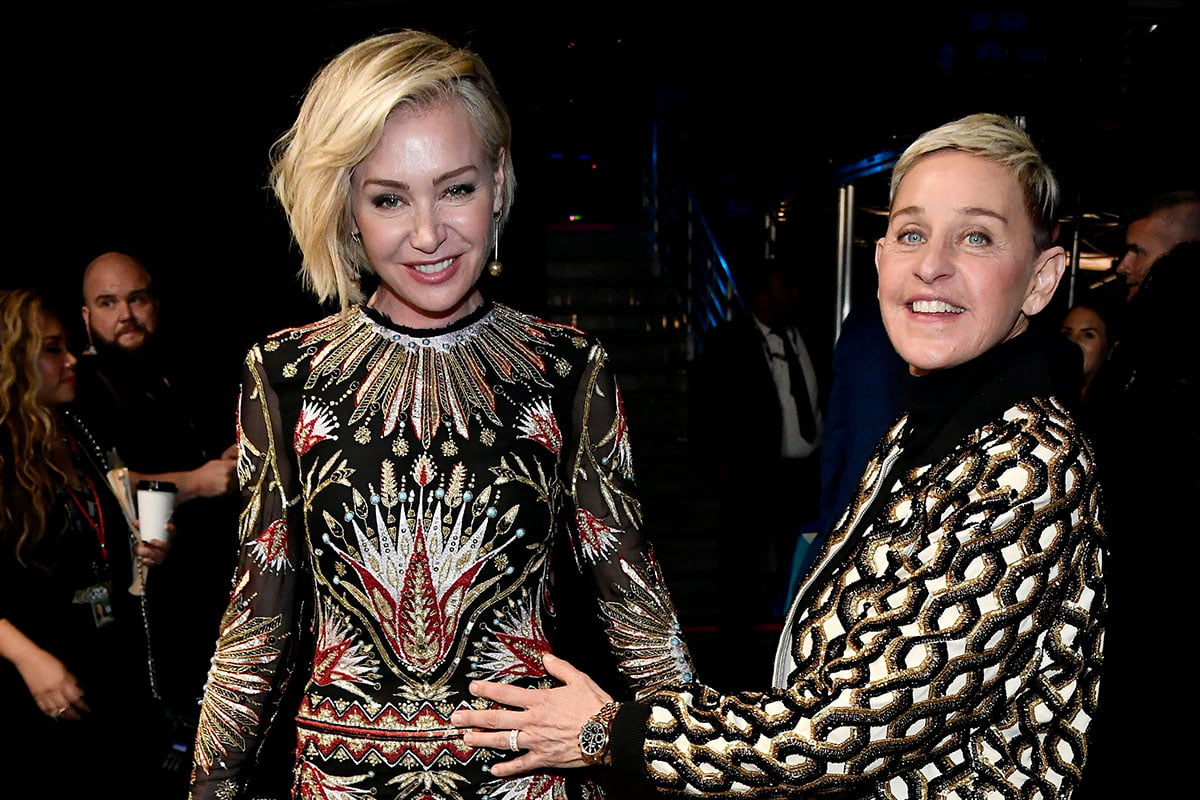 Last month, a tabloid claimed Portia de Rossi left Ellen DeGeneres. That didn’t happen. Gossip Cop held off on investigating the story at the time, but now we can set the record straight.

According to NW, de Rossi moved into her and DeGeneres’ Montecito, California home sometime in March. “She’s officially left L.A.,” a so-called source told the magazine. The supposed source continued, “Ellen’s stayed behind because they’re having problems. The tabloid contended de Rossi “won’t be back any time soon” because the spouses have been arguing over Ellen’s career.

“Portia wants her to retire but Ellen refuses to,” the sketchy source stated. The alleged insider added, “Ellen tries to appease her by giving her whatever she wants,” but insisted buying de Rossi’s happiness will “only work for so long.” “Hopefully some time apart will do them some good,” the dubious source added. The tabloid was way off-base with its claim. First, the story came out a month ago when the current quarantine first began. The spouses have been seen on Instagram multiple times together since the epidemic started and well after this source claimed de Rossi had supposedly moved out.

Four weeks ago, de Rossi shared a video of herself and DeGeneres cooking in their kitchen amid the quarantine. We doubt the couple would post a video of themselves enjoying each other’s company if they were having problems. Furthermore, the outlet’s article is a recycled story that was already corrected by Gossip Cop.

Last month, In Touch falsely claimed de Rossi and DeGeneres were living apart as well. The dubious outlet asserted the same narrative, that DeGeneres was staying in Los Angeles and de Rossi was in Montecito. Gossip Cop debunked the incorrect story when it came out and we’re doing the same with this latest one. The former actress has not left her wife, nor is she living in Montecito. NW had no idea what it was talking about.

Additionally, it’s hard to trust anything NW says given the tabloid has been wrong about de Rossi and DeGeneres’ before. In May 2019, Gossip Cop busted the phony paper for alleging DeGeneres had become “addicted” to facial fillers to look younger than de Rossi. The publication contended DeGeneres was splurging on cosmetic surgery to keep up with her wife. Gossip Cop checked in with a mutual friend of ours and DeGeneres’ who laughed off the story and said it was “ridiculous.” DeGeneres was never addicted to facial fillers. It’s apparent the tabloids have no insight on the couple and should not be taken seriously.