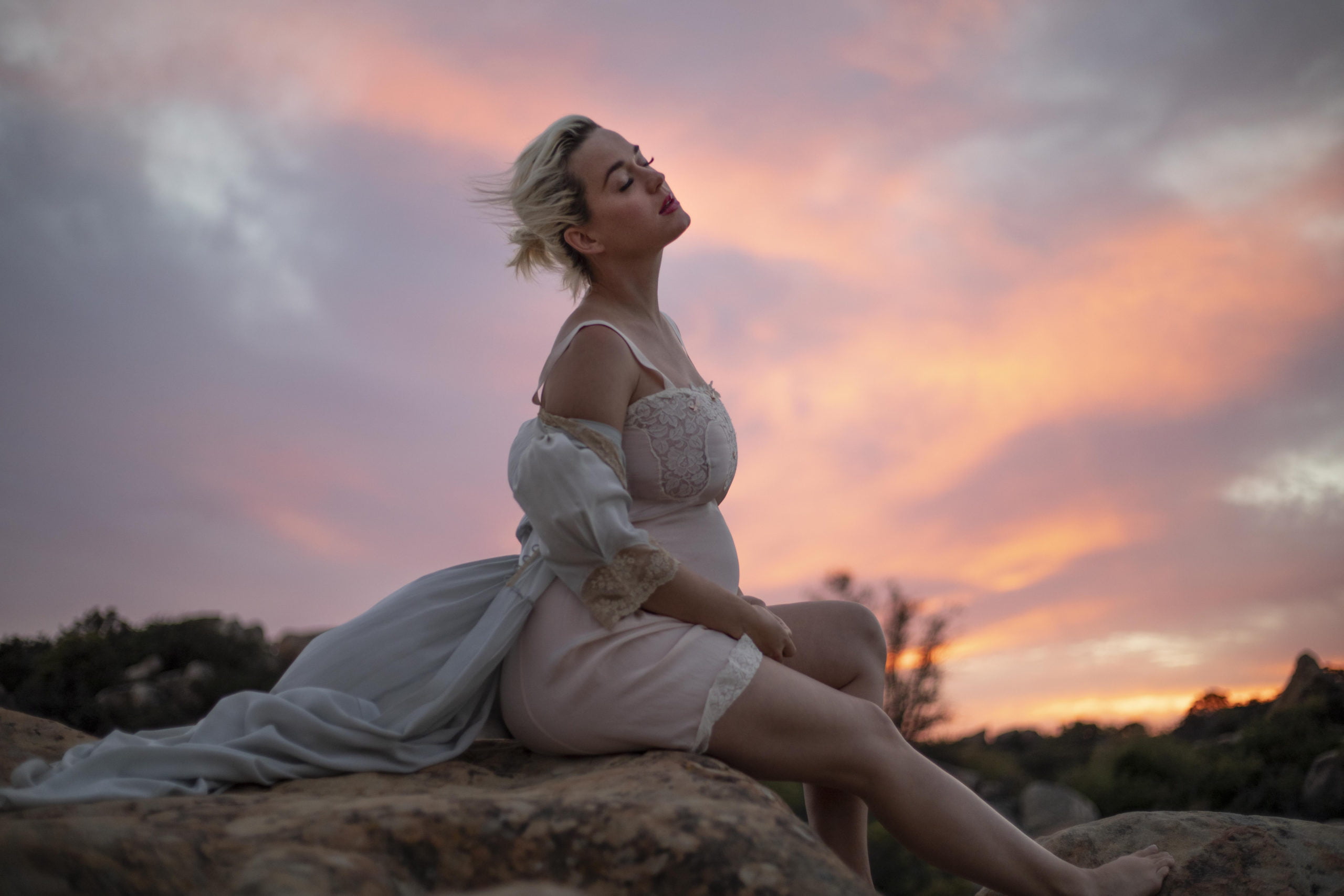 A natural beauty! Katy Perry released the stunning music video for her new song “Daisies” on Friday, May 15.

The visual showcases the pregnant star, 35, soaking in nature in an off-white lace dress that hugs her baby bump. Filmmaker Liza Voloshin shot the video from a safe distance amid the COVID-19 pandemic.

In a press release from Capitol Records, “Daisies” is described as “an exhilarating celebration of resilience of the human spirit in the face of cynicism and adversity. The anthemic song is a call to remain true to the course you’ve set for yourself, regardless of what others may think.”

The nearly three-minute track includes the lyrics, “They told me I was out there / Tried to knock me down / Took those sticks and stones / Showed ‘em I could build a house / They tell me that I’m crazy / But I’ll never let ‘em change me / ’Til they cover me in daisies, daises, daisies.”

“Daisies” is the new single from Perry’s as-yet-untitled fifth studio album, which is set to be released on August 14. It was cowritten by the American Idol judge and produced by The Monsters & Strangerz, who previously worked with Maroon 5, Zedd, Halsey, Dua Lipa and 5 Seconds of Summer, among other artists.

Perry is set to perform “Daisies” on Amazon Music’s weekly live performance series on Friday at 1 p.m. ET and also on the American Idol season finale on ABC Sunday, May 17, at 8 p.m. ET.

The release comes two months after “Never Worn White,” the music video in which the pop star announced her pregnancy. She later told fans that she and her fiancé, Orlando Bloom, are expecting a baby girl.

The couple started dating in January 2016 after meeting at a Golden Globe Awards afterparty. They split in March 2017 but got back together months later. The Pirates of the Caribbean star, 43, proposed to Perry on Valentine’s Day in February 2019.

Bloom is already the father of 9-year-old son Flynn with his ex-wife, Miranda Kerr, to whom he was married from 2010 to 2013.

Perry’s highly anticipated new album will be the follow-up to 2017’s Witness, which included the hit singles “Chained to the Rhythm,” “Bon Appétit” and “Swish Swish.”