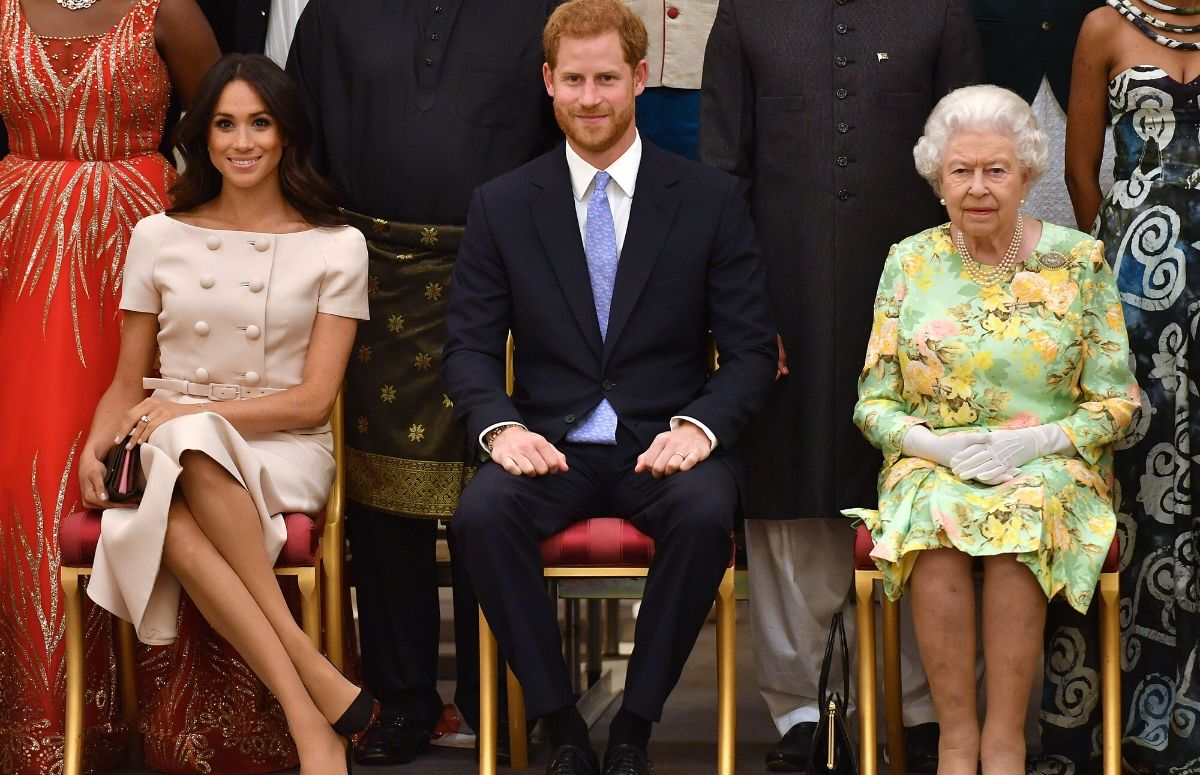 During her time as a high-ranking member of the British royal family, Meghan Markle ticked off a lot of royal watchers by breaking royal protocol, a royal faux pas that those royal fans aren’t likely to forget anytime soon. These breaks in protocol caused unending negative press for Markle, which was a huge reason why she and Prince Harry decided to step back from their roles as senior members of The Firm in the first place. These are the supposed faux pas Markle committed. 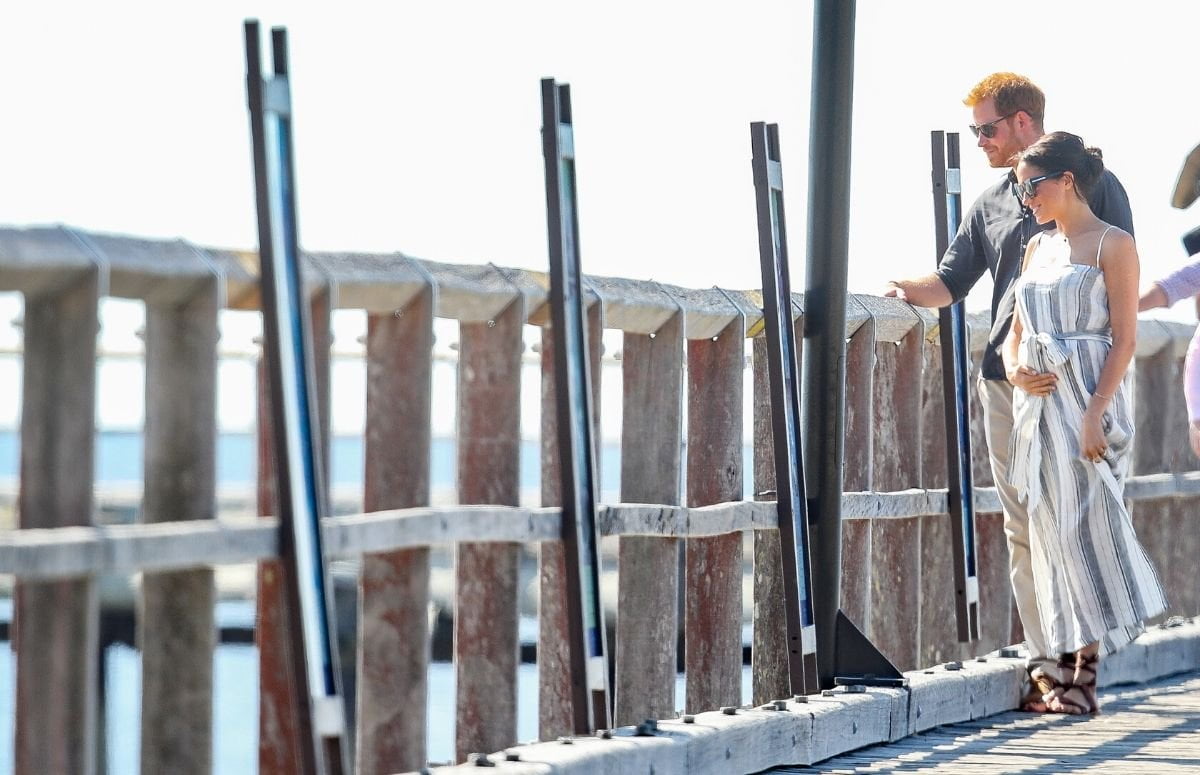 Meghan Markle committed a two-for-one faux pas by wearing wedges, though the shoe style is supposedly verboten in royal circles, then caused yet another stir by taking off the offending footwear and walking barefoot on the beach. Prince Harry also went barefoot while walking in the sand, but that’s not as eye-catching as Markle doing it, so it largely went unmentioned.

This morning, The Duke and Duchess of Sussex’s son, Archie Harrison Mountbatten-Windsor was christened in the Private Chapel at Windsor Castle at an intimate service officiated by the Archbishop of Canterbury, Justin Welby. The Duke and Duchess of Sussex are so happy to share the joy of this day with members of the public who have been incredibly supportive since the birth of their son. They thank you for your kindness in welcoming their first born and celebrating this special moment. Their Royal Highnesses feel fortunate to have enjoyed this day with family and the godparents of Archie. Their son, Archie, was baptised wearing the handmade replica of the royal christening gown which has been worn by royal infants for the last 11 years. The original Royal Christening Robe, made of fine Honiton lace lined with white satin, was commissioned by Queen Victoria in 1841 and first worn by her eldest daughter. It was subsequently worn for generations of Royal christenings, including The Queen, her children and her grandchildren until 2004, when The Queen commissioned this handmade replica, in order for the fragile historic outfit to be preserved, and for the tradition to continue. Photo credit: Chris Allerton ©️SussexRoyal

Markle supposedly flouted royal protocol once again at her son Archie’s christening by wearing a Dior dress. Other royals, like Kate Middleton, chose to wear dresses made by British designers. Middleton wore Alexander McQueen gowns for the christening of all three of her children. It’s presumed that Markle chose to wear Dior because of her wardrobe strategy, which aims to promote female designers. After Maria Grazia Chiuri was named Dior’s creative director, Markle has been a champion of the brand.

Not Wearing Pantyhose With A Dress

This is a royal protocol that Markle has been dinged for breaking over and over again. The Duchess Of Sussex often opts to forgo wearing pantyhose while wearing a dress, though it’s considered taboo for a royal woman such as her to do so.

Crossing Her Legs in Front of the Queen

Markle’s habit of crossing her legs, especially when in the presence of Queen Elizabeth, has been getting her into hot water with royal watchers since she joined the royal family. This particular habit was apparently hard for the Duchess of Sussex to break because she was caught red-handed several times.

Meghan is spotted crossing her legs AGAIN during a service to mark RAF centenary https://t.co/Fmdpb0kpW8 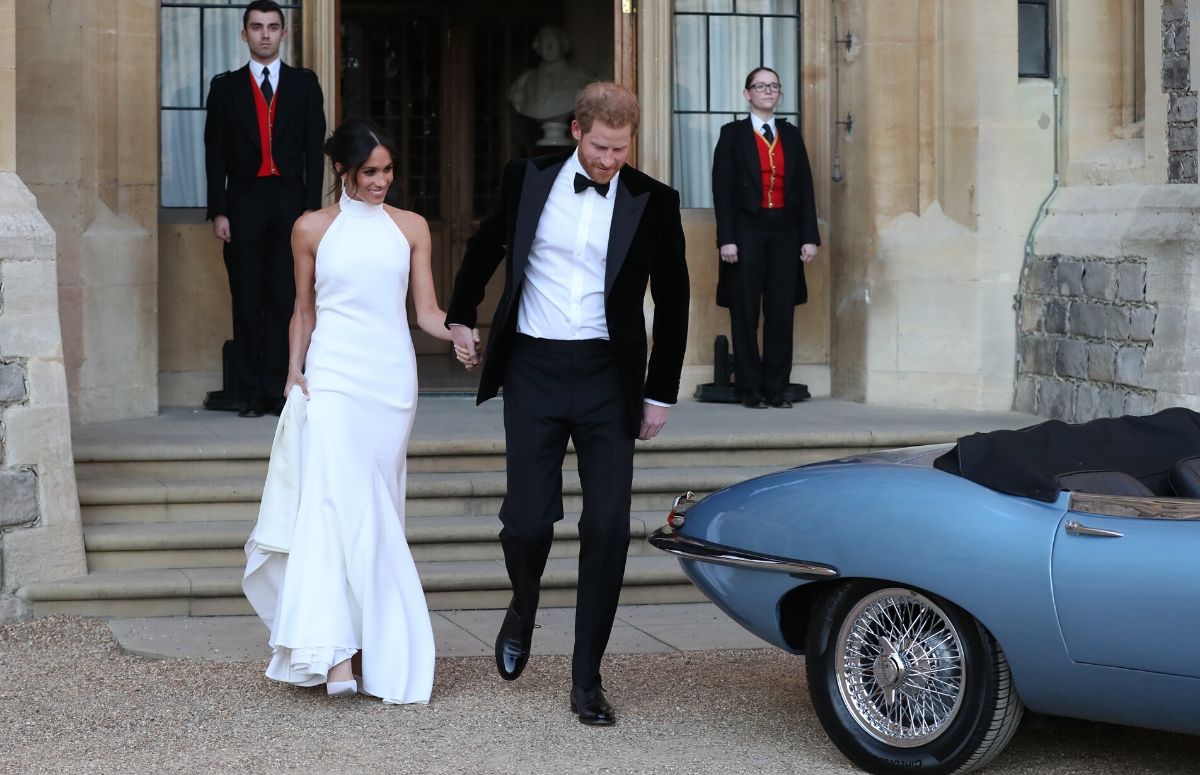 Meghan Markle’s outfits often get the former Suits actress in trouble, especially when they’re deemed “immodest.” Markle’s second wedding gown, a beautiful Stella McCartney dress, was categorized as such because it bared her shoulders. 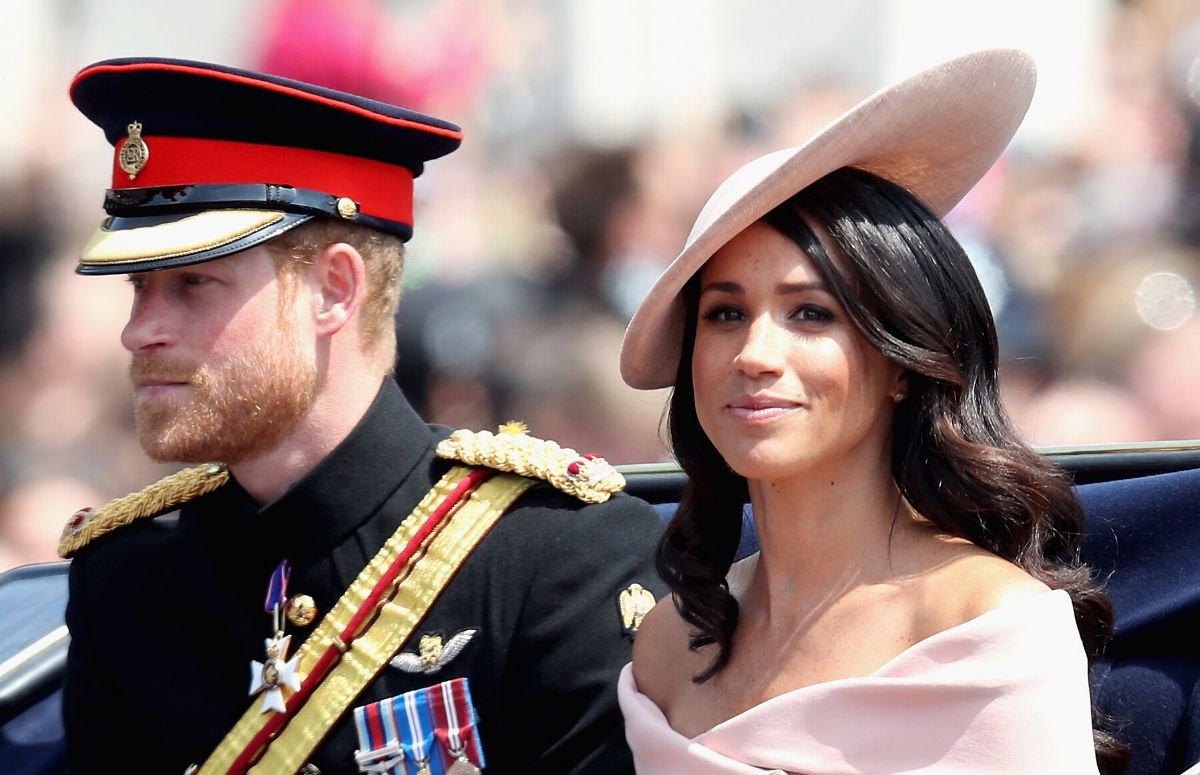 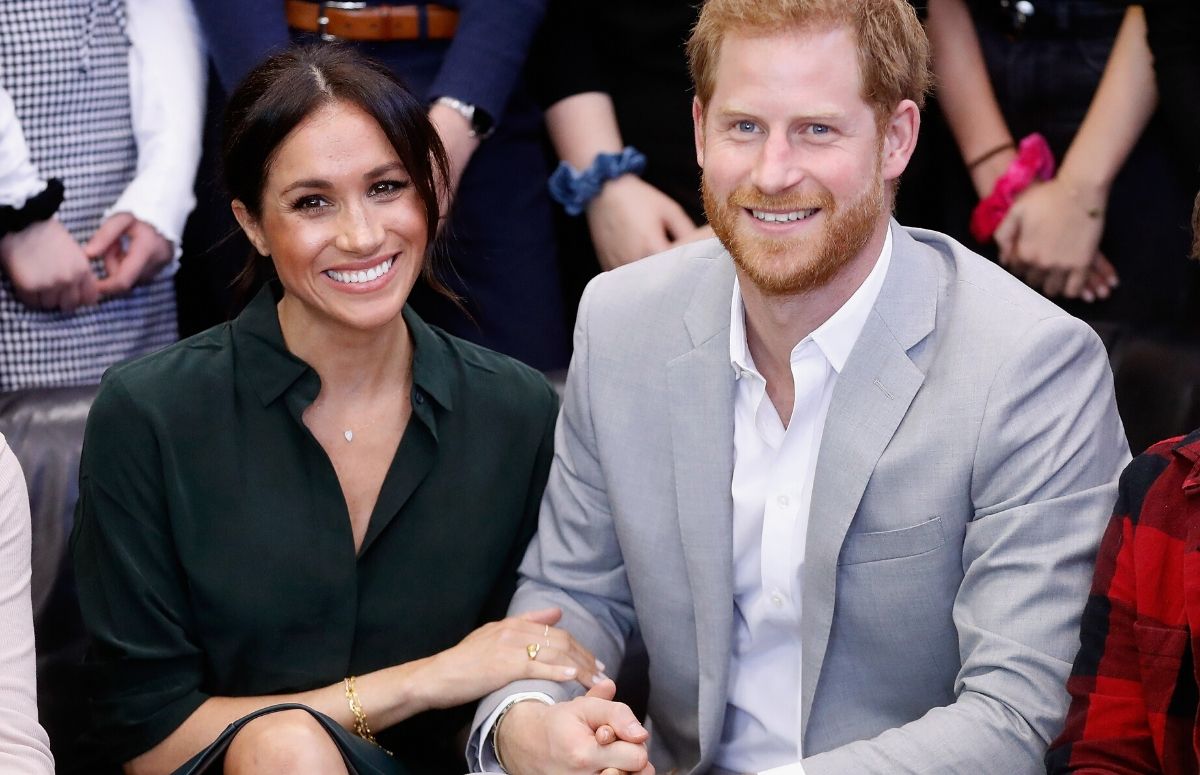 As newlyweds and beyond, endless complaints have been made because Prince Harry and Markle are often physically affectionate towards each other. This display of affection takes many forms, but the most common is the royal couple’s hand holding habit. 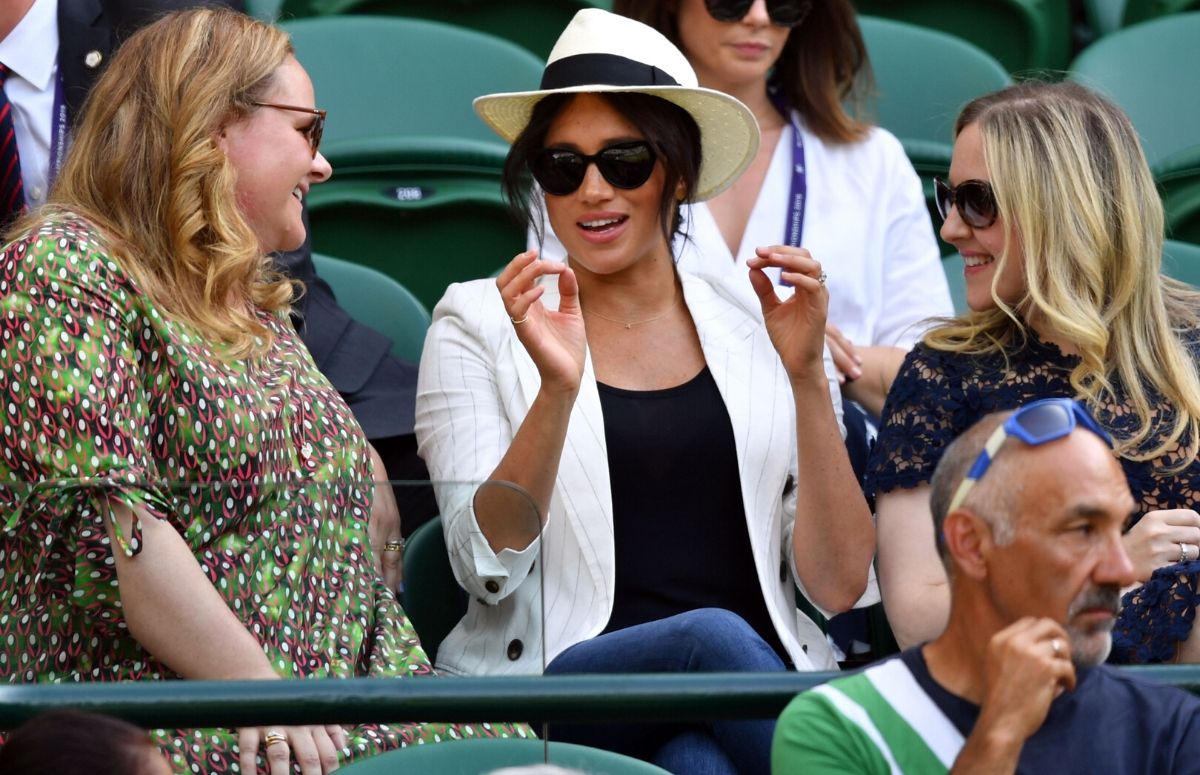 Markle’s attendance at Wimbledon in the summer of 2019 caused quite a stir. The Duchess of Sussex was there to watch her friend, Serena Williams, play at the historic arena and ruffled quite a few feathers while she did so. First, the duchess wore jeans, though the dress code for the event called for formal wear. Other attendants weren’t allowed to take photos of Markle, with the duchess’ bodyguards reportedly asking people who were doing so to stop. The final nail in the coffin? British tennis player Andy Murray was playing the set after Williams, but Markle didn’t stick around to cheer for the home team.

These faux pas, and even more, are part of the reason royal watchers, and especially tabloids, turned against Meghan Markle. The tabloids are particularly cruel to Prince Harry’s wife. Recently, Woman’s Day claimed Markle had a meltdown over Archie’s birthday party. Gossip Cop easily proved that ridiculous rumor wrong. Then the Globe accused Markle of issuing Prince Harry a divorce ultimatum. Gossip Cop couldn’t find any evidence to support this claim and deemed it false.