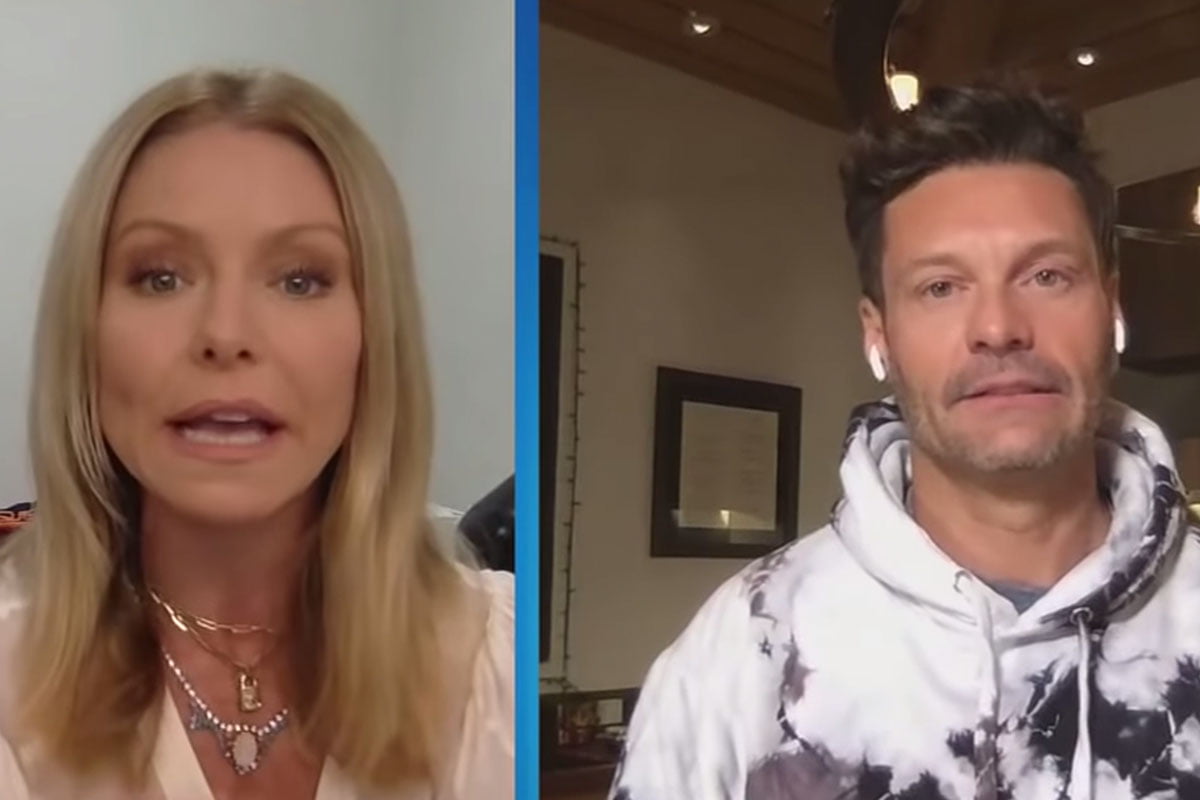 Is Ryan Seacrest leaving Live with Kelly and Ryan so he can permanently relocate to Los Angeles? A recent tabloid is claiming the television host is ready to “move on” from the syndicated talk show. Gossip Cop can set the record straight.

According to the National Enquirer, Seacrest and his co-host, Kelly Ripa, are going their separate ways.  Supposed sources claim the co-hosts’ “reign” is over and Seacrest is ready to leave Ripa “in the dust.” “Ryan simply wants to remain in Los Angeles permanently, and Kelly can’t give up her New York roots. It’s perfectly amicable. They just want different things,” a so-called insider tells the magazine. The tabloid claims since the current coronavirus epidemic, Seacrest has been hosting the show from his mansion in Los Angeles and wants to keep it that way. The magazine alleges Seacrest knows Ripa wouldn’t want to leave New York City.

“Ryan not only thinks the show can be done from Los Angeles, but it would be better. But she isn’t moving and he respects her decision,” the dubious insider says. The unnamed source also alleges Seacrest’s “relentless” schedule and cross-country trips are “wearing the notorious work-a-holic” down. “He works round-the-clock, even when he’s flying. But he’s exhausted and wants to base himself permanently in Los Angeles,” says the anonymous source. The publication maintains Ripa will be sad to see Seacrest go, but she and Seacrest know the show will continue to thrive without him.

“He’s still crazy about Kelly and that will never change. But he’s been watching her and hubby Mark Consuelos broadcasting from their home in New York, and he thinks they’d do just fine without him,” the sketchy insider says closing out the story. While it’s true that Seacrest and Ripa have been broadcasting the show from their homes during the current lockdown, the Enquirer is wrong about Seacrest departing from the show. Just because the two are shooting the talk show from separate locations does not mean Seacrest is quitting. Furthermore, a source close to Seacrest called the report “silly” and “wrong.” Gossip Cop is confident Ryan Seacrest isn’t going anywhere.

This wouldn’t be the first the Enquirer made-up a bogus story about Seacrest. Last summer, the unreliable magazine claimed Alex Rodriguez was furious over Seacrest’s friendship with Jennifer Lopez. The former baseball star has no issues with their friendship, despite a so-called source saying, “Ryan’s earned [Lopez’s] respect and they feel they should stick together, much to Alex’s dismay.”

The Enquirer also once asserted Seacrest was ready to marry his girlfriend, Shana Taylor, after going to therapy. The story was a complete fabrication. Seacrest is still dating Taylor, but the two are not engaged.  Gossip Cop debunked both of these silly stories and we’re doing the same for this latest claim about Seacrest’s career plans.

The post Ryan Seacrest Leaving Live With Kelly And Ryan To Live In Los Angeles? appeared first on Gossip Cop.