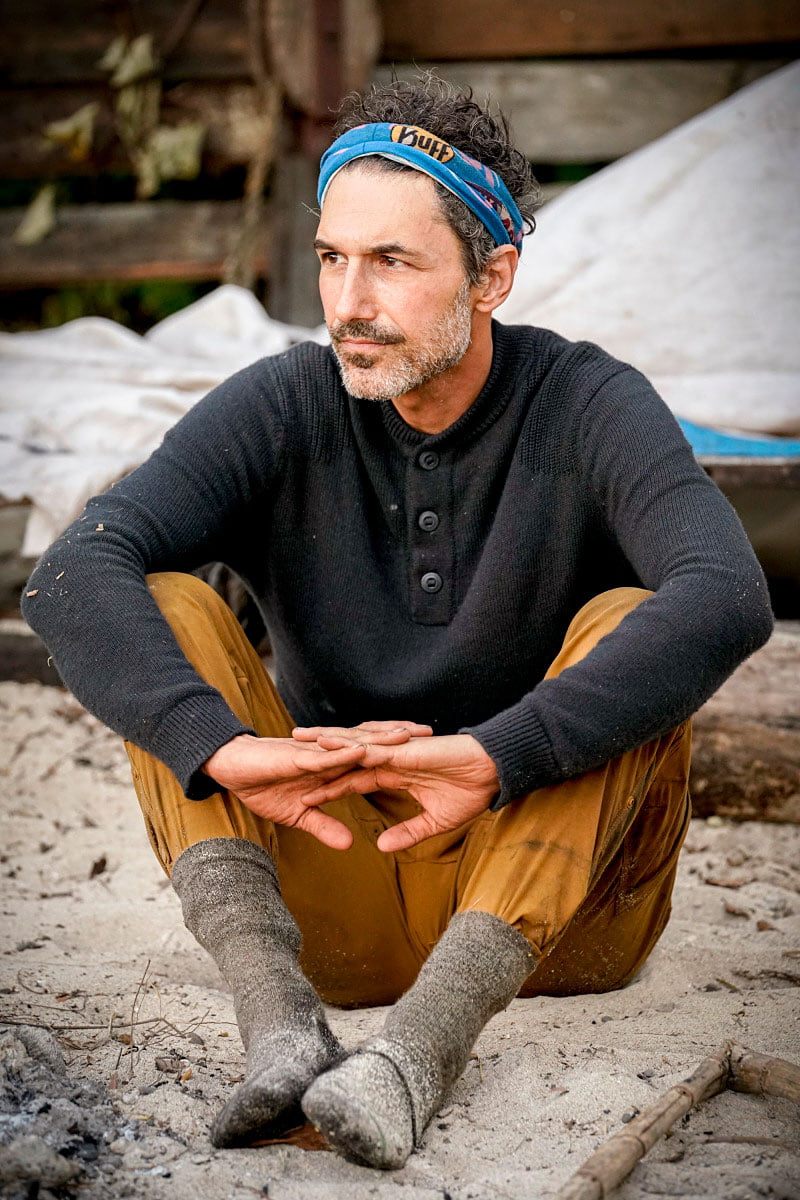 Back in the summer of 2001, Ethan Zohn was sleeping among lions with his fellow castaways in Northern Kenya as he fought his way to the title of sole Survivor on the hit CBS show’s third season.

Now fans watch as the former soccer player, 46, fights to get back from the Edge of Extinction in the highly-anticipated 40th season, “Winners at War,” which pits 20 of the show’s best players against one another.

Who Will Win ‘Survivor: Winners at War’? Breaking Down the Possibilities

Whether he returns to the game or not in the Wednesday, May 13, finale, the fan favorite — having overcome Hodgkin’s lymphoma twice — has lots to celebrate as he continues to bring awareness to causes close to his heart.

As most fans know, Zohn used his $1 million winning prize money from Survivor: Africa to found Grassroot Soccer, a non-profit organization dedicated to fighting diseases like HIV in young people around the world.

See the ‘Survivor: Winners at War’ Cast Members Then and Now

“Since [this season] show has started, we have been selling Grassroot Soccer shirts and Old School Survivor Shirts,” Zohn tells Us Weekly about renewed interest in the charity. “No matter what happens in the game, we have raised a lot of money for HIV/AIDS and rare cancer research!”

Below Zohn looks back on his nearly 20-year Survivor career and previews the sure-to-be epic end to a legendary season:

Us Weekly: What did it mean to you to return to Survivor after so many years? What were your biggest fears going into the game?

Ethan Zohn: It was an honor to be asked back to play after 16 years. A perfect bookend to an amazing life that Survivor has given to me. I didn’t have fears, I had excitement. I was excited to see how I would match up against 20 of the most hardcore winners of all time.

Us: We saw you struggle a bit with the super exhausting challenges on the Edge of Extinction. Is the E.O.E. as bad as it looks? What was the worst part of living on that island?

EZ: E.O.E actually stands for End. Of. Ethan. That place almost killed me! It’s the worst place on Earth. Having said that, the compassion and empathy I got from Ambaah, Nat and Danni during the log challenge was a beautiful moment that transcended the game of Survivor.

Us: You were blindsided by your vote-out. In terms of the sting, would you say that’s better or worse than knowing it’s you before tribal council?

EZ: The sting is the same no matter how you get voted out. I would prefer knowing because then I could scramble. If you want to know the definition of blindside, that was it.

Us: Even if you don’t make it back from the Edge and don’t end up winning the $2 million, what will you have taken from the experience overall?

EZ: I made some new friends that will be part of my life longer than $2 million.

Us: Do you think people were afraid to go to the end with you because of your story? And are you sick of hearing that yet?

EZ: Good use of the word “sick” in the question! Well-played. I do think that was part of their mindset. Weaponizing my cancer crisis as a strategy to get me voted out is smart, but a line that only some people would have the guts to cross. Look what happened with the Poker Alliance. Yul used info from outside the game to help move him one step forward.

Us: Any friendships that became stronger because of the game? Any new friendships in particular that you were happy to form?

EZ: I had not talked to Boston Rob in 16 years and we instantly formed the most incredible bromance the show has ever seen. Joking! I still talk to Rob every day at lunchtime.

Us: Could we see Ethan Zohn back on Survivor again? Would you play?