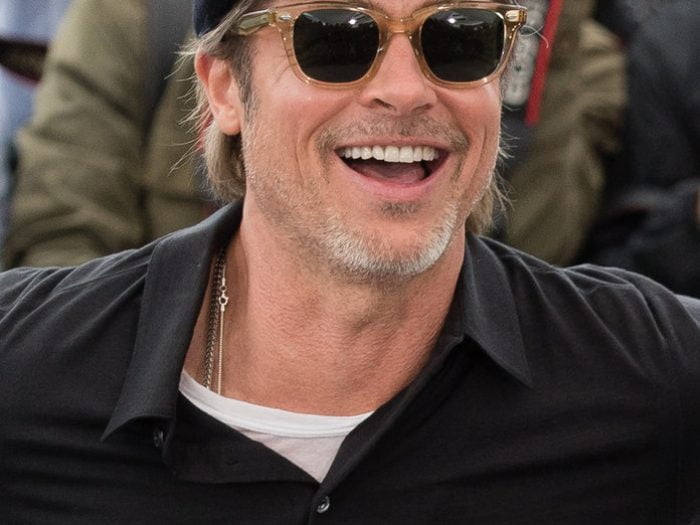 This story originally appeared on InStyle.com by Tara Gonzalez.

Earlier this week my friend showed me a photo of her boyfriend, who has never worn jewelry before, in a simple silver link chain necklace. Of course, she had put the chain on him. And of course, this was about 10 seconds after finishing the second episode of Hulu’s Normal People, where Connell Waldron’s chain announced itself as the show’s main character. Harry Styles’s pearl necklaces could never.

The appeal of the chain isn’t new. Brad Pitt, Will Smith, and The Rock all know that. Even Timothee Chalamet wore a link chain necklace to the Paris premiere of Little Women, although Twitter was more focused on the little Eiffel Tower keychain he had wrapped around his finger. Harry Styles clearly prefers pearls, but still his look had everyone, everywhere, clutching theirs.

The appeal of a hot guy wearing jewelry is undeniable. But no hot guy’s statement jewelry has had the same impact as Connell’s chain. This link chain necklace, which retails for as little as $10, got 20,000 followers overnight on the Instagram account devoted to it, and now, seven days later, it has nearly 60,000. According to the Lyst Insights blog, after Normal People’s release, searches for chain necklaces jumped 23 percent week-over-week. On the authority of my friend, girlfriends everywhere are currently placing chains on their boyfriends at an alarming rate and they’re not taking them off.

But while the simple chain might be jarring on some, it’s perfect on Connell, who is also coincidentally perfect aside from his inability to emotionally communicate—although that paradox is what makes the dainty chain fit him like a sexy glove. He is a character built on contradictions. He seems tough but he’s actually not. His chain matches his tender smile. It’s so much a part of him that in a scene where he’s entirely naked, the chain stays on. Needless to say, the internet and Connell’s chain fanbase was pleased.

Shop the trend that that’s making the entire internet hot, either for yourself or your significant other, below.