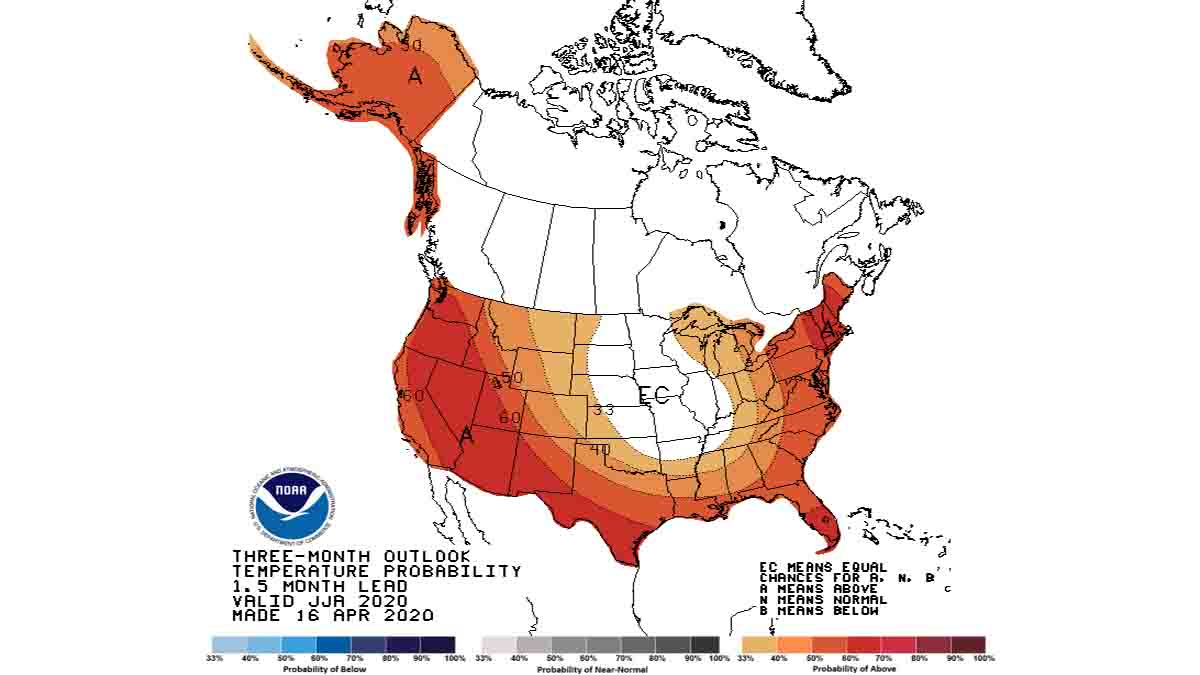 Spring has been a roller coaster ride of big temperature swings with warmer than average days followed by frigid temperatures and scattered snowfall.

The spring season is notorious for being a battleground as chilly winter weather slowly gives way to the warmth of summer.

Now it’s looking like summer is about to win out in a big way. In the first half of May, the heat is already beginning to build.

It’s been warmer than average for much of the United States west of the Rocky Mountains while cooler-than-average temperatures have lingered in the eastern two-thirds of the country.

The latest forecast models predict the heat will only grow and spread across the country quickly.

The Climate Prediction Center is calling for hotter than average temperatures in June, July and August for almost the entire country.

The hottest weather is reserved for western and southern states while it appears the middle of the country may be spared the worst of the heat.

A hot summer isn’t coming as a surprise.

Through April, this year is already the tenth warmest year on record for the United States.

Looking at the bigger picture, the global year-to-date land and ocean surface temperature ranks as the second-highest in the 141-year record.

The latest report from the National Centers for Environmental Information (NCEI) states it’s almost certain 2020 will rank as one of the five warmest years on record for the world.

So keep your air conditioners in good working order because it’s going to be a hot one.