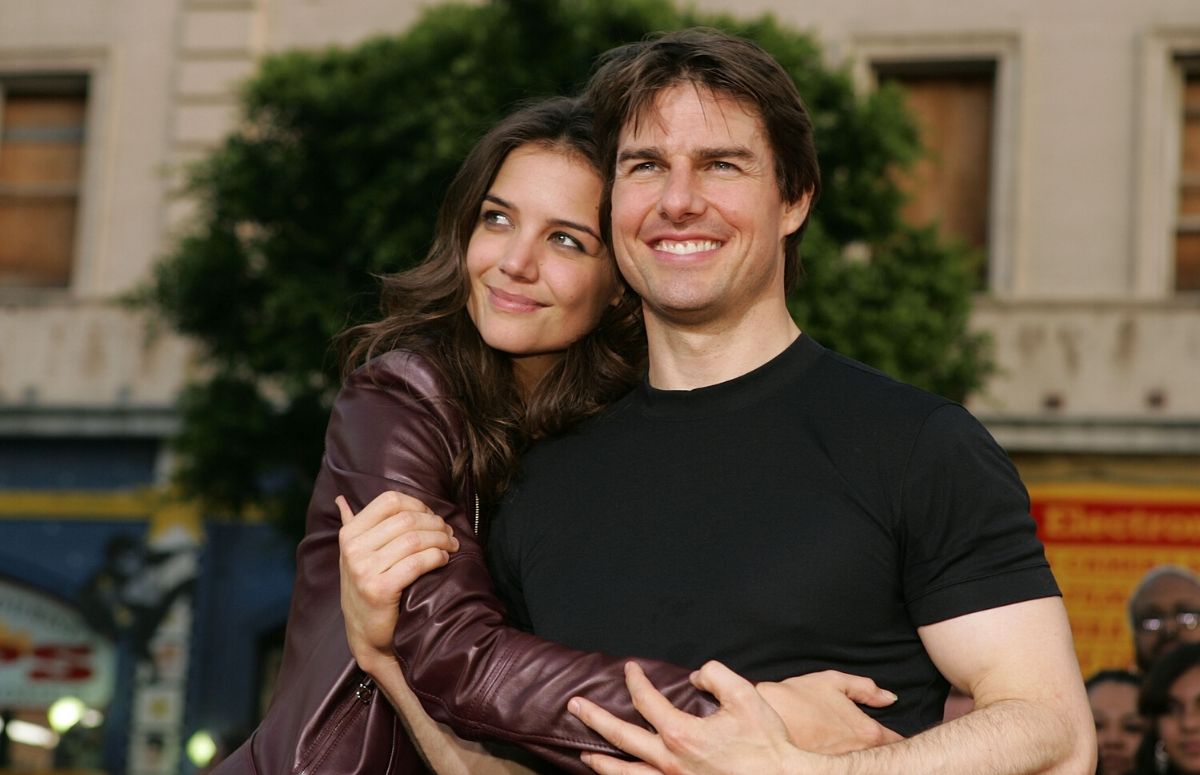 Did Suri Cruise find her parents Tom Cruise and Katie Holmes‘ “stash” of “secret love letters?” One tabloid this week is pushing that strange claim. Gossip Cop can set the record straight.

In a bizarre new article, Woman’s Day is cooking up fresh new drama for Katie Holmes and her 14-year-old daughter Suri. The tabloid contends that Suri has found a hidden box of documents pertaining to her parents’ marriage as she and Holmes wait out the New York coronavirus lockdown at Holmes’ parents’ house in Ohio. Among those documents are supposedly “intimate love letters” from Cruise and Holmes’ courtship.  “It was a real bittersweet moment for both Katie and Suri,” says an alleged “long-time family friend” the tabloid claims to have spoken to. “Katie wasn’t prepared for Suri’s billions of questions at all.”

Holmes’ father, the questionable source says, gave the actress “strict instructions to keep everything” pertaining to her marriage and divorce with Cruise “until Suri’s a legal adult.” Holmes apparently felt these documents would be safest in a box stowed away at her parents’ house. The discovery, the “friend goes on,” has “renewed” Suri’s curiosity about her father: “she wants to know more about him – would he ever see her, would he maybe write to her.”

Points to this tabloid for creativity, but the story is full of holes. The tabloid’s source insists that Holmes’ father told her to keep all these documents and supposed love letters until Suri is an adult, but doesn’t explain the legal reasoning for it saving things like love letters. And what information is Suri supposed to have learned from these letters that has left her with “billions of questions?”

Just to be sure, Gossip Cop reached out to Holmes’ spokesperson, who is authorized to speak on the actress’ behalf. The spokesperson dismissed the story as “made up,” asking how the tabloid would even know about a story this personal. Who is this suspicious “family friend” the outlet supposedly talked to, who is close enough to Holmes to be aware of the drama yet would still be willing to betray the family’s trust and tip off a tabloid?

Woman’s Day, we should note, loves making up stories about Holmes and her daughter. In April of last year, Gossip Cop debunked a series of phony claims from the tabloid alleging that Holmes was adopting a son so Suri could have a brother, that Holmes feared Suri would be recruited for Scientology by Cruise’s daugher Bella, and that Holmes had spent $200,000 on a trip to Paris for Suri’s birthday. We reached out to Holmes’ rep about each of these, who dismissed each of them as untrue, even calling that last one “nuts.” It’s clear the tabloid has absolutely no insight into the personal lives of mother or daughter.