Tristan Thompson Getting Help From Kris Jenner To Get Khloe Kardashian Back? 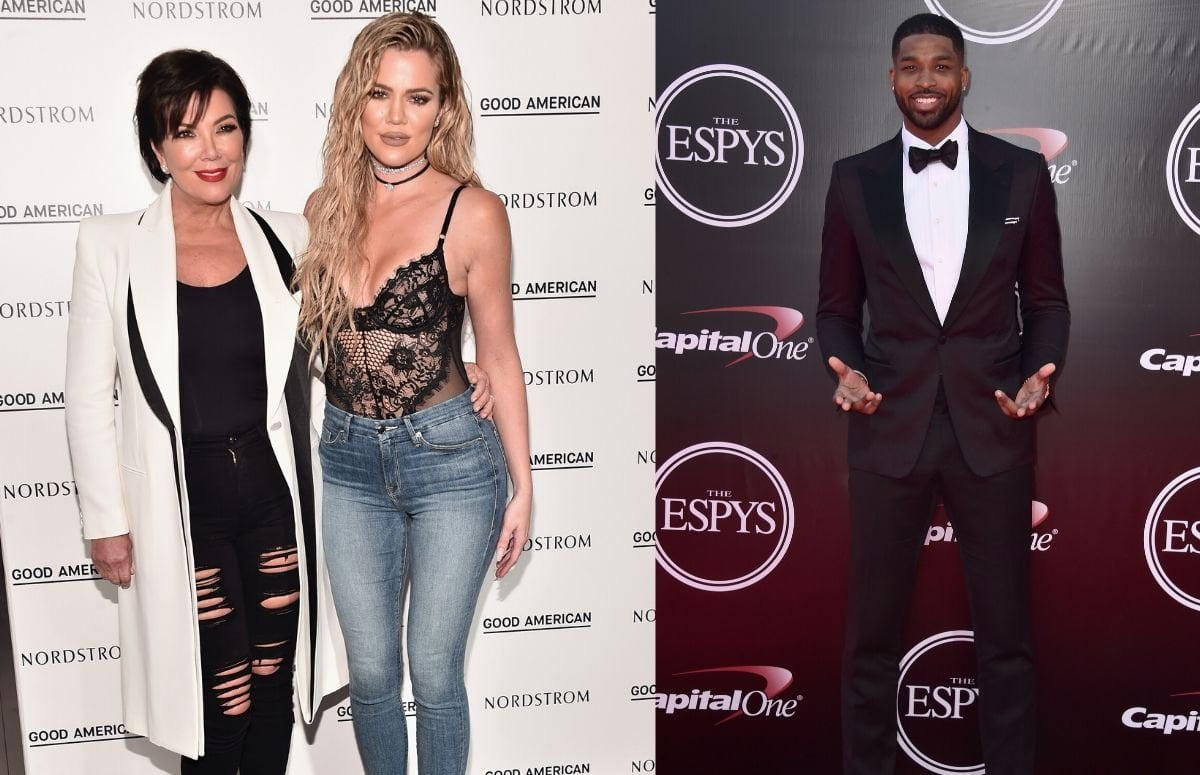 Is Kris Jenner encouraging Khloé Kardashian to reconnect with Tristan Thompson to boost Keeping Up With The Kardashians‘ ratings? That’s what one tabloid reported last year. Gossip Cop didn’t have enough information to debunk the story at the time, but recent events have made doing so easier for us.

Star claimed last year that Khloé was thinking of getting back with Thompson, much to her mother’s approval. The reality star and the NBA player called it quits in early 2019 after it was revealed that Tristan allegedly hooked up with Jordyn Woods. Since that time, the former couple has been co-parenting their daughter, True. Just a few months after the Revenge Body star learned of the public indiscretion, a supposed “insider” told the outlet that Khloé was considering getting back together with her former boyfriend.

“Khloé swore she’d never go back to him, but she’s definitely still in love with Tristan and thinks their romance can be saved,” the so-called “insider” insisted. During that romance, Thompson was caught in several compromising situations with other women, which ultimately culminated in the NBA player being caught with Woods, who happened to be Khloé’s youngest sister’s best friend. Despite all that drama, this suspicious source contended that Khloé “hates the idea of daughter True, 1, growing up in a broken home.”

Though friends supposedly cautioned Khloé against such a reunion with her ex, the reality star’s mother, Kris Jenner, didn’t share those reservations. Then again, according to this questionable insider, she wasn’t exactly thinking about Khloé’s wellbeing when she made this decision. The tipster claimed Jenner just wanted the two to get back together because “everyone knows Kris just wants a reunion to boost ratings on their show!”

Gossip Cop found a lot of faults in this story that make us think this story is too dubious to be believed. Though it appears that Tristan Thompson and Khloé Kardashian are self-quarantining together, there doesn’t appear to be a romance blooming between them, despite this tabloid’s prediction from a year ago. Thompson’s Instagram shows that he was at least present in Khloé’s home for True’s birthday in April and earlier in March, which leads us to believe that they are staying together during the global coronavirus pandemic, though this is by no means verified by either Thompson or Khloe.

A recent episode of Keeping Up With The Kardashians also showed that Khloé was considering Thompson as a potential sperm donor. She explained to sisters Kourtney and Kendall that she was torn over the decision because there was still the possibility that she might meet someone else with whom she’d want to start a family. If getting back with Thompson were a real possibility, then this sort of thought likely wouldn’t occur to Khloe. For that reason, and because of Khloé’s fairly recent statements on KUWTK declaring that she wasn’t interested in getting back with her ex-boyfriend, Gossip Cop determined this story to be false.

It’s not like it’s the first time Star has gotten the story wrong when it comes to Khloé Kardashian, which might be why we have such a hard time believing the drivel the outlet publishes. Gossip Cop busted the supermarket tabloid last year for claiming O.J. Simpson told Khloé he was her father. Before that, Gossip Cop busted the magazine after they falsely reported that Khloé and her oldest sister’s ex-boyfriend/baby daddy Scott Disick were dating. Both of these claims were completely false, but that didn’t keep the untrustworthy outlet from reporting them as truths.

The post Tristan Thompson Getting Help From Kris Jenner To Get Khloe Kardashian Back? appeared first on Gossip Cop.