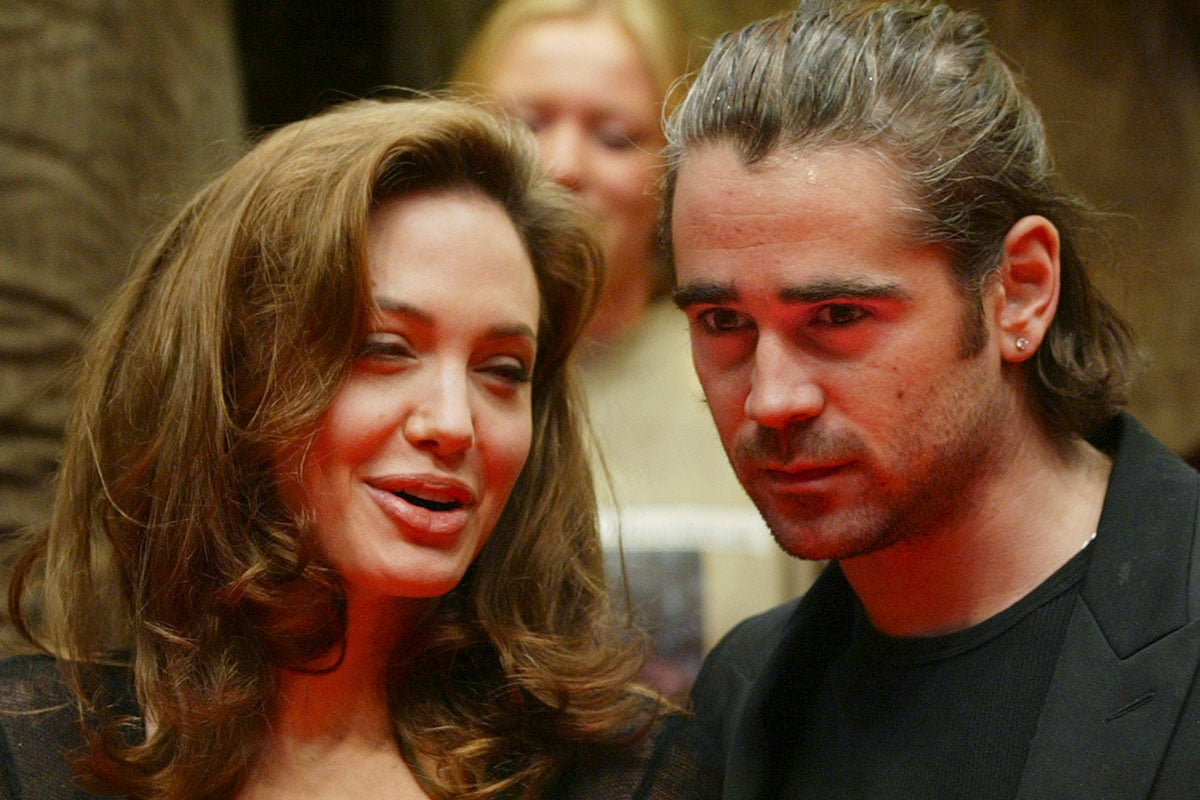 For about a month last year, it seemed every gossip magazine was claiming Angelina Jolie and Colin Farrell were dating. They weren’t, but here are five times Gossip Cop had to debunk the silly narrative.

Our first bogus story comes from OK! In March of last year, the tabloid published an article claiming that Jolie was “pining” for Farrell, her “former flame.” “Farrell may be the one that got away,” the tabloid wrote, adding that the two were “rumored to have a short fling” while filming their 2004 movie Alexander. Note the contradiction: the article begins with a bold statement about Farrell and Jolie being former lovers, then backtracks and instead says there were only ever rumors about the supposed fling. Gossip Cop had actually already debunked this rumor back in 2013, when Perez Hilton published essentially the same story, seemingly out of the blue.

Later that month, Grazia reported that Jolie was getting close with Farrell amid her divorce from Brad Pitt, simply because she and four of her kids had recently attended the premiere of Colin Farrell’s film Dumbo. According to one supposed insider, Farrell and Jolie have “come such a long way since the days when it was common knowledge in the industry that they were hooking up,” again allegedly while filming Alexander. Again, Gossip Cop had already busted this story in 2013. We checked in with a source close to Jolie, who told us there wasn’t any truth to it now either.

Next up is a post published a week later on the unreliable gossip blog RadarOnline, which claimed, yet again, that Jolie and Farrell were “rekindling their romance,”, As Gossip Cop has already said, they never had a romance in the first place. The site contended that their original fling didn’t work out because both were too “wild” to be together, but things had changed now that both had become responsible parents. Because RadarOnline is not known for its originality or creativity, this article also mentions Jolie at the Dumbo premiere. Gossip Cop once again dismissed it: Angelina Jolie often brings her kids to premieres of family-friendly movies for a fun night out, as she did a month earlier with The Boy Who Harnessed the Wind. That’s the kind of thing you can do when you’re Angelina Jolie.

That very same week, Gossip Cop debunked another story from OK!, which completely changed up its story from the last time and instead said that Jolie and Farrell had been secretly dating for months. According to another unnamed source, “they’re both so excited to give their relationship another go and see what happens” now that Farrell had moved on from his “womanizing and partying days.” Odd that the tabloid seemingly forgot that less than a month earlier it had insisted Jolie was merely “pining” for Farrell. It’s almost like it has no actual insight into either actor’s personal life and were just making things up…

In that same issue, the tabloid published yet another story claiming that Brad Pitt was upset about Jolie getting together with Farrell. “Brad remembers all too well what his former pal Colin used to be like – the drug and alcohol abuse,” said another alleged “inside,” adding that he “just isn’t sure he wants his six children around any other men right now.” Of course, as Gossip Cop pointed out, the premise was false: Jolie and Farrell weren’t dating, and it seems like they’ve had almost no contact since working together on Alexander. The tabloid was clearly just looking for new ways to continue pushing the phony narrative.